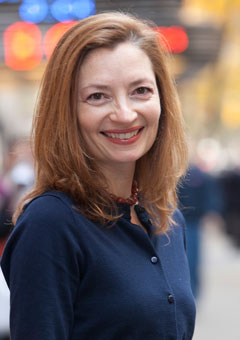 The nation’s more than 50 million Latinos, or should I say Hispanics, do not see themselves as — or purport to be — a monolith. Not only is this not surprising, but I would argue, so wonderfully…American.

You see, what is lost among the endless dissection and parsing of the “Latino population” or the “Hispanic vote” is a simple fact. What attracted so many of us to willingly put down roots in the US mainland was our fervent desire to work, participate, fall in love, prosper, and more importantly, weave ourselves into the great American fabric. If it wasn’t us, it was our parents, or grandparents, or perhaps great-great-great grandparents.

What kind of person leaves the known for the unknown? Why, the same kind of independent-minded, scrappy person who left behind family, church, and village some two hundred-odd years ago to become part of the great American experiment.

“Democracy…produces that which the most skillful governments are frequently unable to awaken,” said Alexis de Tocqueville in Democracy in America, “an all-pervading and restless activity, a superabundant force, and an energy…which may, under favorable circumstances, beget the most amazing benefits.”

Centuries later, we might be tempted to separate, exclude or try to “explain” Latinos. The danger is to overlook the simple fact that, in their diversity, U.S. Hispanics are uniquely and intrinsically American.

In her book The Trouble With Unity: Latino Politics and the Creation of Identity, political theorist Cristina Beltrán argues Latinos can work to make communities better, despite differences among them.

Sandra Lilley is a writer and producer at NBC Latino.

Next: VIII. Juan Carlos Lopez: Looking Beyond the Debate on Immigration
← Prev Page
Page1Page2Page3Page4Page5Page6You are reading page7Page8Page9Page10
Next Page →