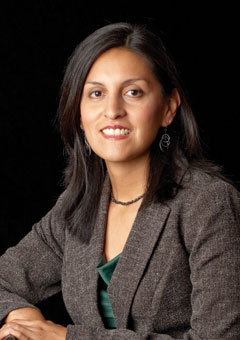 Any day you learn something important about yourself is a great day.

That’s how I felt the day the Pew Hispanic Center published its report “When Labels Don’t Fit: Hispanics and Their Views of Identity.”

That was the day I realized I’m a minority within a minority – one of the mere 21% of respondents who trace their roots to a Spanish-speaking country but identifies primarily as an American.

No biggie, really, I always knew I was different that way; the report helped me understand why.

Well, I was already familiar with part of it – I grew up in mini-UN part of Chicago where everyone’s parents were from somewhere else and we were lucky enough to attend a school that treated us equally as new converts to the religion of Americana.

Pair that with thousands of hours of watching Tom and Jerry, Bugs Bunny and the Flintstones and I was practically apple pie incarnate – well outside the 47% of survey respondents who said they consider themselves to be very different from the “typical American.”

As a bicultural, bilingual Chicagoan, I feel pretty typical. And I get a little crabby when asked where I’m “really” from when I say I’m American – probably just like the rest of those who identify themselves as American.

Why am I “American?”

Well for one, because I say so.

There are many other reasons, but the biggest one is that my parents are not from the same Spanish-speaking country. Being the U.S.-born child of Ecuadorian and Mexican immigrants effectively makes me pan-ethnic Hispanic or Latino (and I’m firmly in the Hispanic boat – hearing the term “Latino” is like nails on a chalkboard to me) instead of simply Mexican-American or Ecuadorian-American.

I can’t dis half my heritage, can I? Basically, I’m a mutt. And what could be more American than that?

Esther J. Cepeda is a nationally-syndicated columnist for the Washington Post Writers Group and is based in Chicago.