An important factor underlying the black college enrollment increase is that more young blacks are completing high school and thus are eligible to pursue college. In October 2010, 83% of black 18- to 24-year-olds had completed high school. This represents a historical high in young black high school completion. 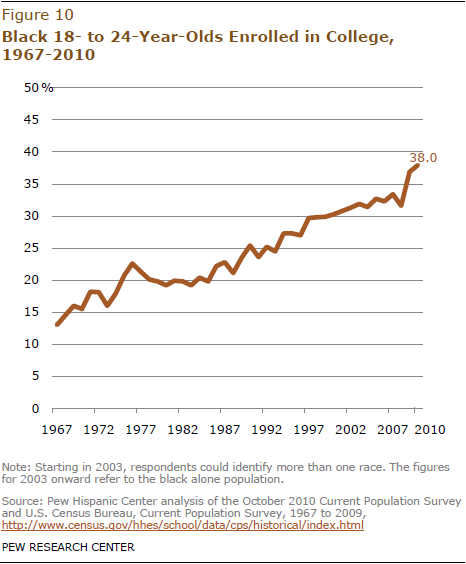 Black College Enrollment Among the College-Eligible

In October 2010, 46.0% of young black high school completers were enrolled in college. This rate is significantly above the levels prevailing before 2009 when enrollment rates ranged from 40% to 42%, but is lower than the record 46.4% in October 2009. 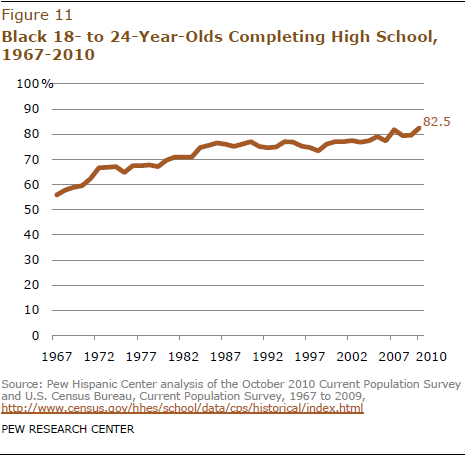 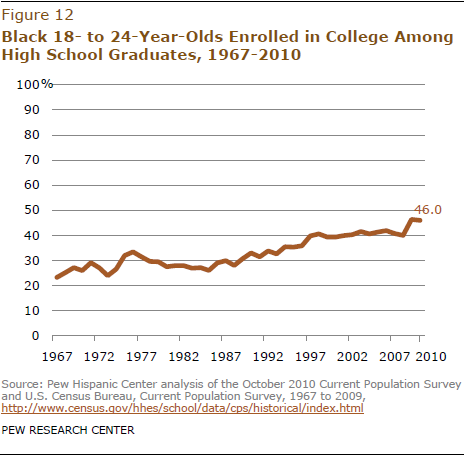 Next: V. The Context for Record College Enrollment
← Prev Page
Page1Page2Page3You are reading page4Page5Page6
Next Page →