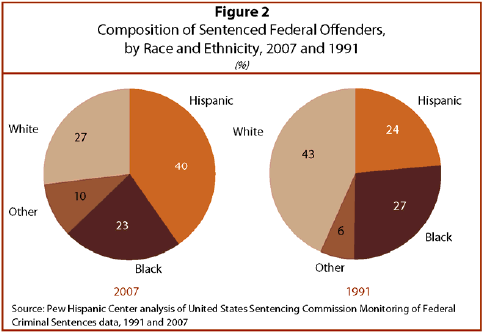 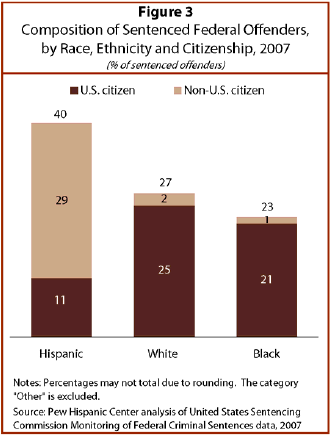 Latino offenders are far more likely than other offenders to be non-citizens. Among Latino sentenced offenders in 2007, more than seven-in-ten (72%) did not have U.S. citizenship. In comparison, among white and black offenders, small shares did not hold U.S. citizenship – 8% and 6% respectively. 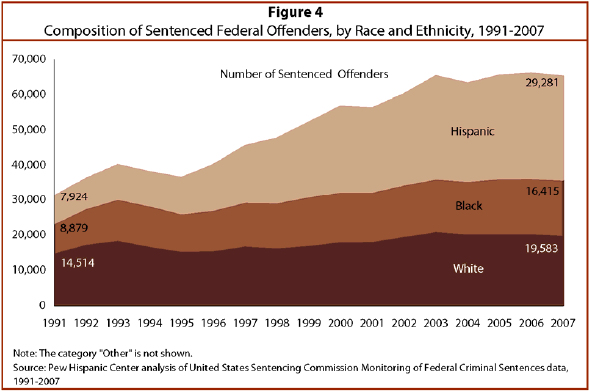 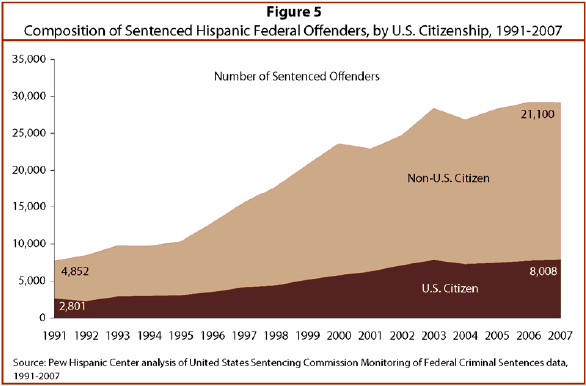 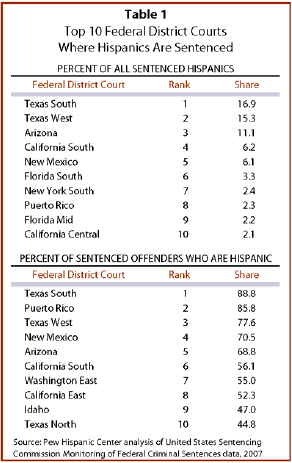 Next: III. Offense Convictions in Federal Courts in 2007
← Prev Page
Page1You are reading page2Page3Page4Page5Page6Page7
Next Page →