This last section of the report focuses on the characteristics of Hispanics in the fast-growing Hispanic counties. On the basis of the 2007 demographic profile, Hispanic populations in the fast-growing counties are markedly different than Hispanics in the established, slow-growing counties in some key ways but also resemble the wider Hispanic population in many others (Table 12).1 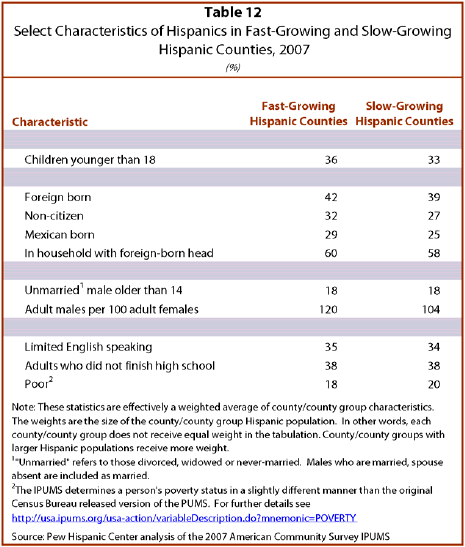 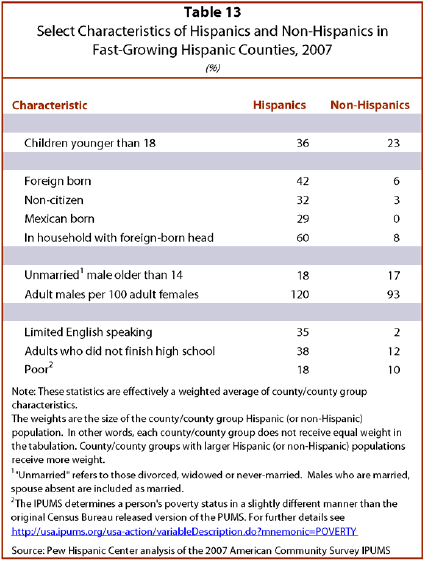 Next: Appendix A: Data Sources
← Prev Page
Page1Page2Page3Page4Page5You are reading page6Page7Page8
Next Page →