The 10 million increase in the Hispanic population nationwide since 2000 has been accompanied by an increase of 9.8 million non-Hispanics.7 The growth among Hispanics has been more widespread but also more concentrated in comparison to non-Hispanic growth. 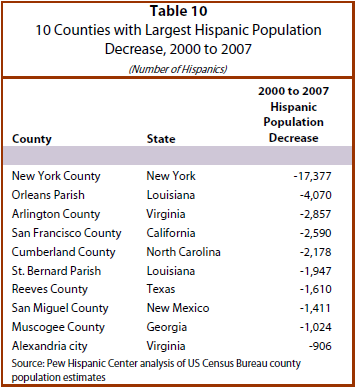 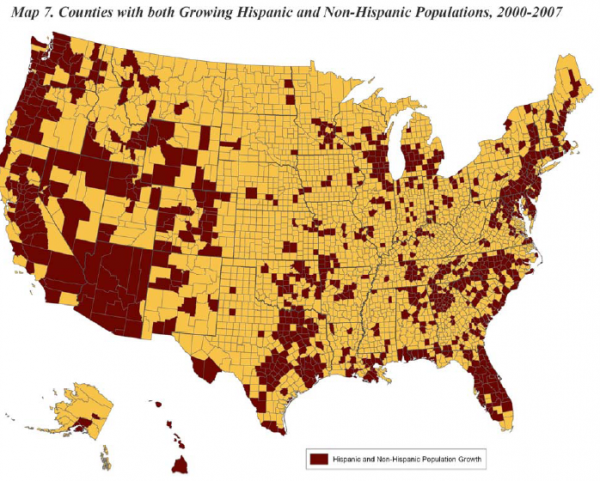 In about one-of-five counties, the total population declined despite an increase in Hispanic population (Map 8). About two-thirds of these 264 counties are non-metropolitan counties. Cook County, Illinois, the nation’s second most populous county (5.3 million residents) and the county that includes Chicago, lost population since 2000 despite a growing Hispanic population. 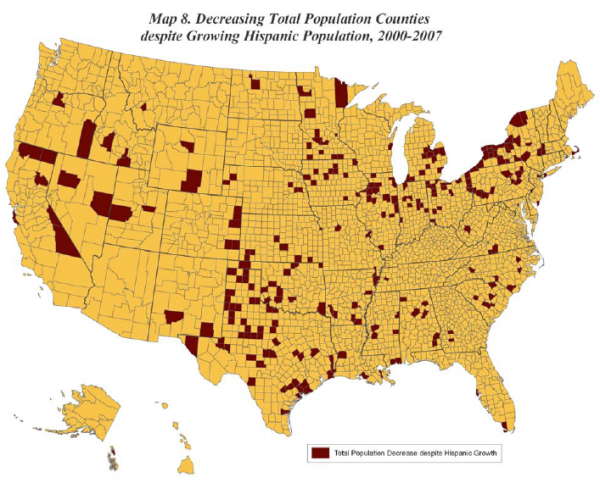 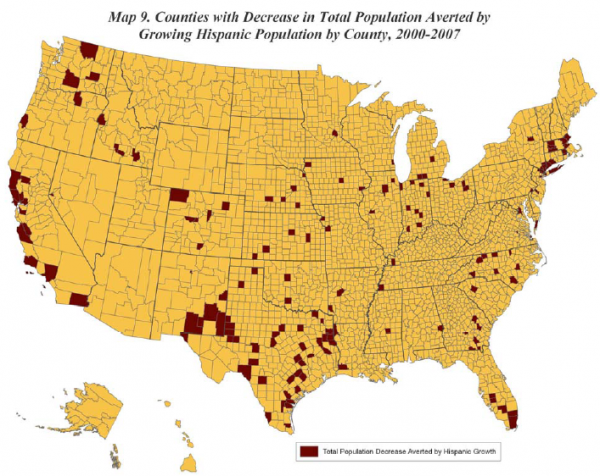 The 676 fast-growing Hispanic counties in the new century are largely metropolitan counties, and they tend to be counties with growing non-Latino populations as well. “More than ever, the new destinations for Hispanic populations overlap with growth centers for overall U.S. population” (Frey, 2006). In 567 of the 676 counties, the non-Hispanic population also increased since 2000. As Table 11 shows, the Hispanic population increased by 5.1 million in these counties in the new century. The Hispanic growth was accompanied by an increase of 9.9 million non-Latinos. Non-Hispanics as well as Hispanics are increasing in the nation’s fast-growing Hispanic counties.

Next: VI. The Characteristics of Hispanics in the Fast-Growing Hispanic Counties
← Prev Page
Page1Page2Page3Page4You are reading page5Page6Page7Page8
Next Page →