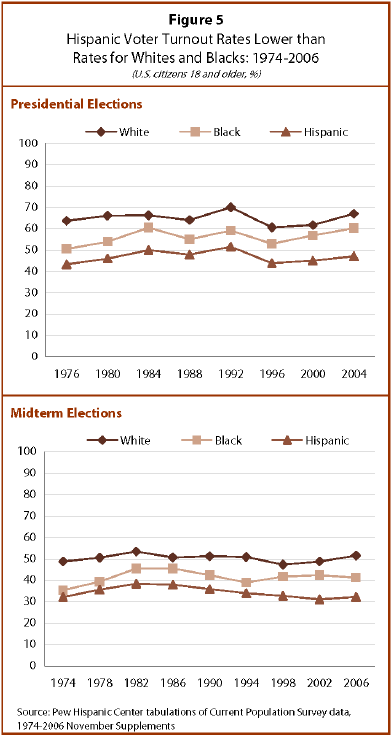 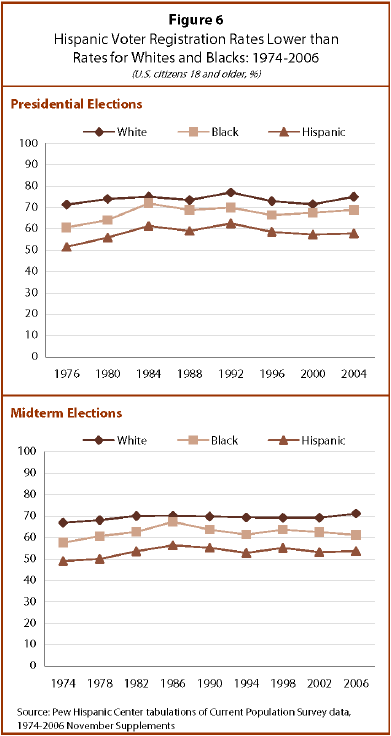 Similarly, voter registration trends among Latinos have lagged behind those of non-Latinos. In 2004, 58% of Latinos who were U.S. citizens reported that they were registered to vote, compared with a voter registration rate of 75% for whites and 69% for blacks. In 2006, a midterm election year, 54% of Latinos were registered to vote, compared to 71% for whites and 61% for blacks.

Participation in this Year’s Election Cycle

Latino participation appears to be on track to be higher this year than in 2004. While no overall national voter turnout rate estimates are available for the primaries, findings from state exit polls taken during the Democratic primaries show that Latino voters’ share of the vote increased in many states, with especially large increases in participation in California and Texas (Minushkin and Lopez, 2008). In addition, this new Pew Hispanic Center survey finds that 56% of Latino registered voters say they voted in the primaries this year, with 16% of registered voters reporting that they had voted for the first time.

Latinos have participated in this election in ways other than voting in the primaries. Among registered voters, 15% say they have contributed money to a candidate running for office, half of them doing so via the Internet; 15% report having attended a political or campaign-related meeting; and 46% have used the Internet to find information about candidates.

Also, 78% of Latino registered voters say they are following the election very closely or somewhat closely, up from 60% in October 2007 and 72% in July 2004. 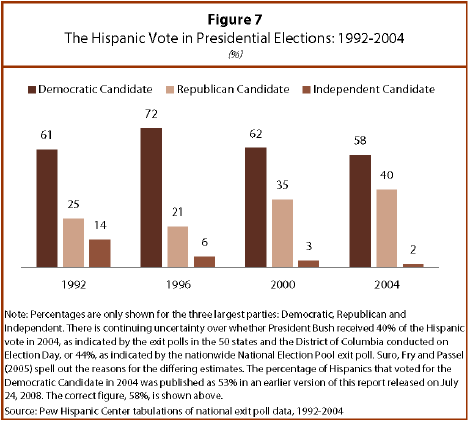