Many demographic analysts classify the growth and dispersal of Hispanics and immigrants into the three-way split of traditional receiving states, new destination states, and other states (e.g., Suro and Tafoya, 2004; Fix and Passel, 2003; and Bump, Lowell and Pettersen, 2005). This paper’s typology is based on the level and growth of Hispanic public school enrollment, rather than the entire Hispanic population. Appendix Table B1 reports the 1993-94 level of Hispanic school enrollment and the absolute and percentage increase in enrollment for 48 states and the District of Columbia. The bulk of the increase in Hispanic enrollments (69%) occurred in the six traditional Hispanic states: California, Texas, Florida, Arizona, Illinois and New York. Hispanic enrollment increased by more than 100,000 students over the period in these states, and each educated more than 300,000 Latinos in the 2002-03 school year. 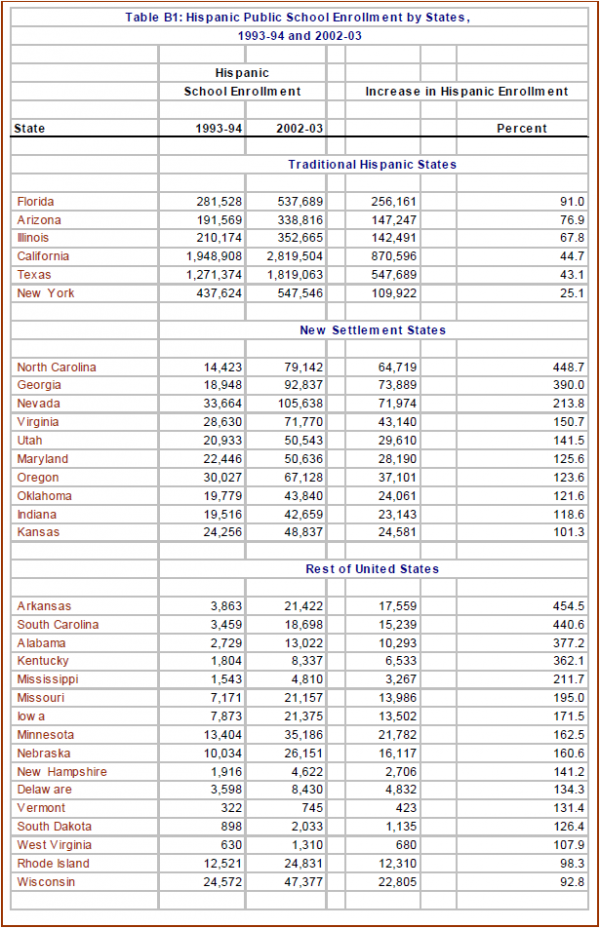 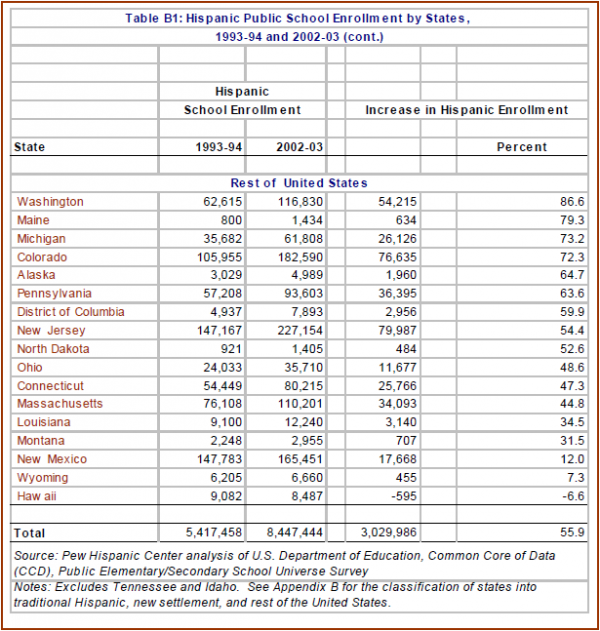 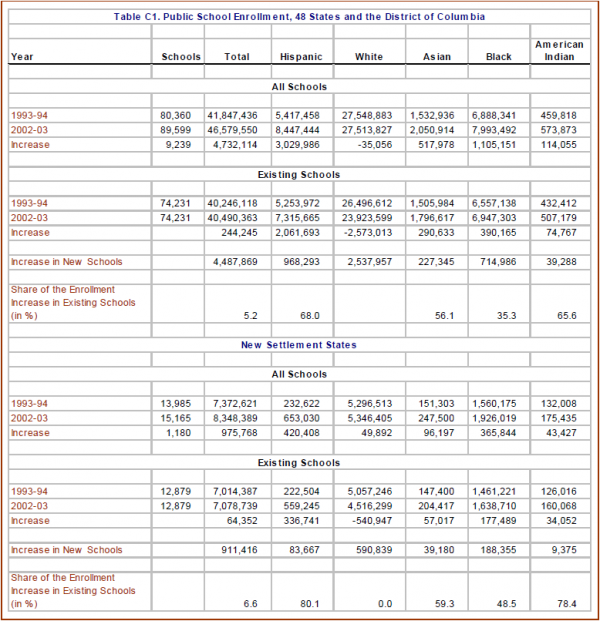