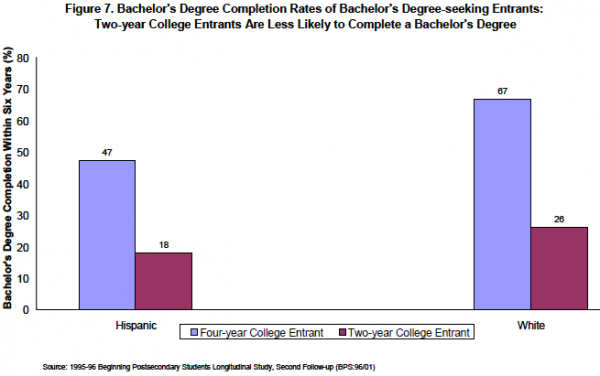 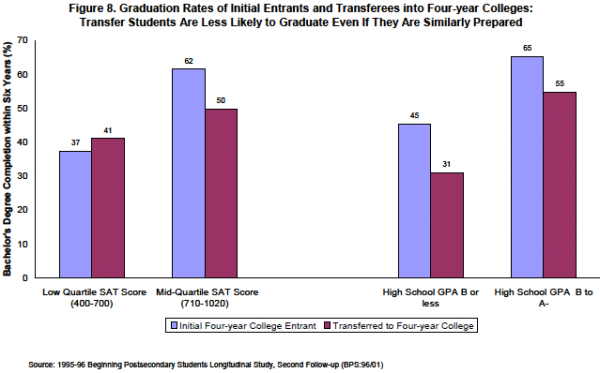 The recent enrollment changes discussed above suggest mixed progress for Latino youth. On the one hand, the proportion of Hispanics enrolling in four-year institutions increased modestly in six states (the exception is Texas). This should provide a boost to the educational attainment of Latino youths by increasing the fraction who complete a bachelor’s degree. In an absolute sense, these changes are favorable for Latino educational advancement. However, in California, New York, New Jersey and Arizona, an even larger additional fraction of white youths enrolled in four-year colleges. Thus, the educational attainment of white youths is likely to receive a greater boost. In a relative sense, therefore, Latino youths are falling further behind their white counterparts in these states.

Recent Changes in the Entry of Hispanic and White Youth into College II. Introduction III. Changes in the Nature of College-Going in States with Large Hispanic Populations
IV. Consequences for the Relative Fortunes of Latino Youth
V. Conclusions Appendix A: Data Source Appendix B: Data Tables