Whether a person was born in the United States or abroad is a key demographic characteristic. Foreignborn Latinos more often say they are “some other race” (46 percent) than the native born (40 percent). Cuban-born immigrants are the exception. And, for reasons including intermarriage, whiteness is associated with distance from the immigrant experience (Edmonston et al, 2002). In the 2002 National Survey of Latinos, the U.S.-born children of immigrants more often identified as white than their foreign-born parents, and the share of whiteness was higher still among the grandchildren of immigrants.

Foreign-born Latinos more often say they are “some other race” (46 percent) than the native born (40 percent). Cuban-born immigrants are the exception. 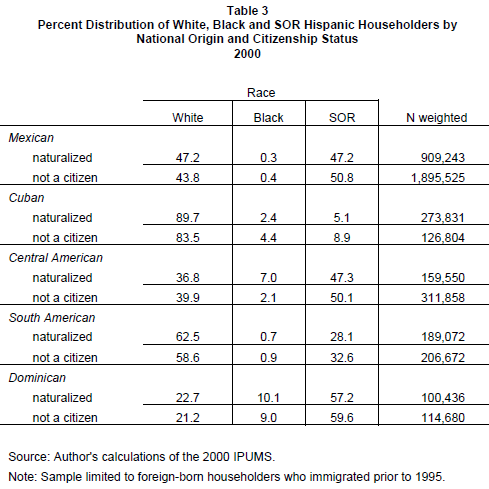