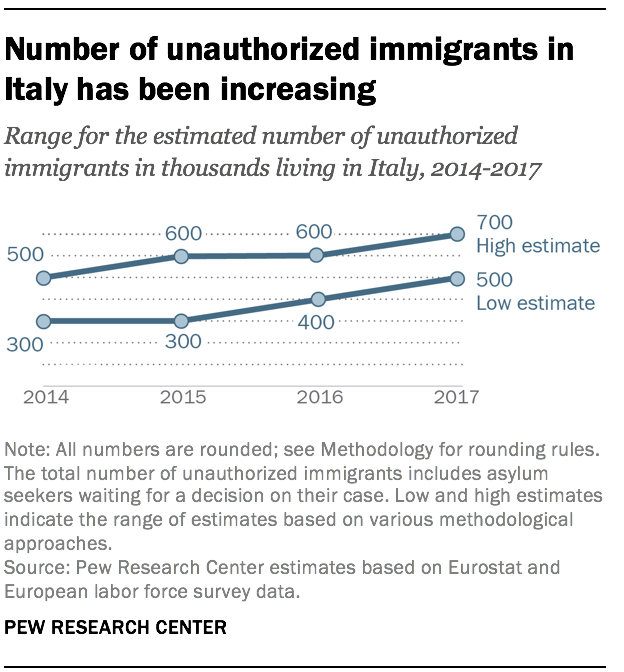 Unauthorized immigrants are non-EU-EFTA citizens who entered Italy without permission and have an unlikely path to permanent residency. The population also includes those who may have entered lawfully but overstayed a visa. Asylum seekers waiting for a final decision in their case are also included in the unauthorized immigrant population estimates since their future status is uncertain – most entered Italy without authorization and face high rejection rates.

Hundreds of thousands of asylum seekers have landed on Italy’s shores during the past decade. Many have seen their asylum case rejected, though some have remained in Italy without authorization. Adjusting for regularizations of unauthorized immigrants during the past decade, deaths, out-migration and additional arrivals, our estimate of 500,000 to 700,000 in 2017 is similar to the estimate produced by the Iniziative e Studi sulla Multietnicità Foundation in their 2018 annual report.

For more information about the unauthorized immigrant population in Italy or other EU-EFTA countries, see the Center’s full report.