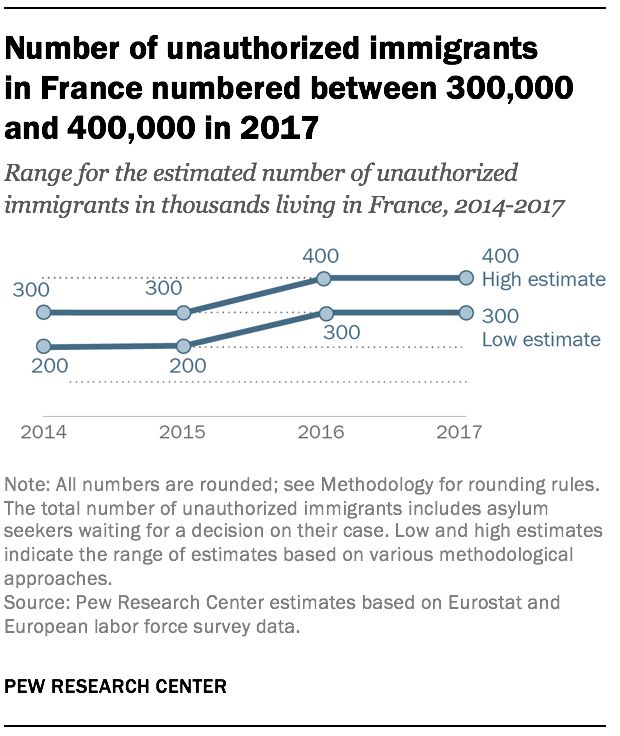 For more information about the unauthorized immigrant population in France or other EU-EFTA countries, see the Center’s full report.