Our 2014 Global Attitudes survey in 44 countries asked which among five dangers was considered to be the “greatest threat to the world.” Many in the Middle East said religious and ethnic hatred was the greatest threat, while Europeans tended to choose inequality. Africans are more concerned with AIDS and other infectious diseases, while scattered countries, many with good reason, chose the spread of nuclear weapons or pollution and environmental problems as the top danger.

The dots below represent the countries that express the highest level of concern about each danger category. The geographical clustering shows that countries’choices often reflect regional concerns as well as internal problems. 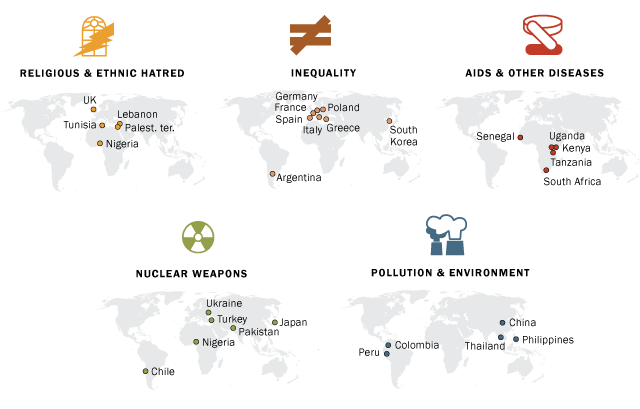