Strong majorities in most of Syria’s neighboring countries, especially in Lebanon and Israel, fear an extremist takeover in Damascus. The least concern is in Turkey, despite a number of terrorist incidents on the Turkish-Syrian border. In Lebanon, Christians are the most worried about extremism next door. In Israel, Jews are somewhat more worried about extremists in Syria than are Arabs.

See the map below for detailed results from our Spring 2014 survey. 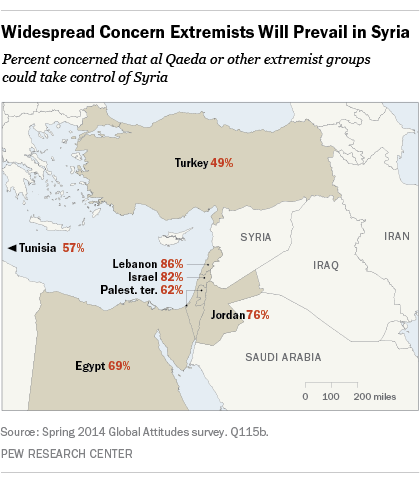