Overall, global attitudes toward America are positive. In 28 of 38 nations, half or more of those surveyed express a favorable opinion of the U.S. And across these nations, a median of 63% have a positive view of America.

The U.S. receives high ratings in most of Europe, Latin America, the Asia/Pacific region, and Africa. However, evaluations of the U.S. are decidedly negative in most predominantly Muslim nations. And only 40% in China see the U.S. positively. 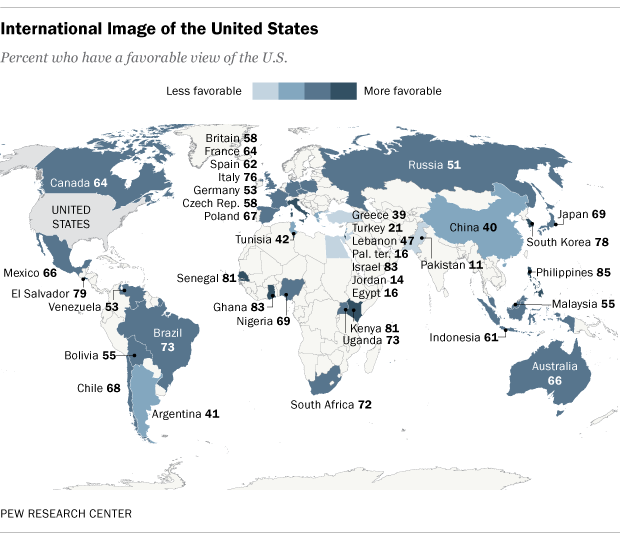 Meanwhile, China is viewed favorably in just 19 of 38 nations. Overall, a median of 50% have a positive view of China.

China receives its highest ratings in Africa, Latin America, and predominantly Muslim Asian nations (Pakistan, Malaysia, and Indonesia). However, China is seen less positively in much of Europe, North America, and the Middle East. In the U.S., only 37% have a favorable view. 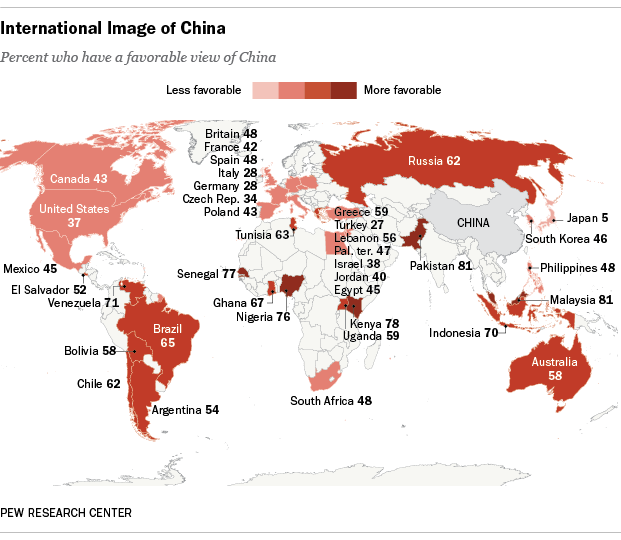