When it comes to abortion, members of Congress are starkly divided by party. Almost all Democrats in the U.S. Senate and House of Representatives stand with their party in support of abortion rights, while almost all Republicans reflect their party’s position against abortion rights.

Yet the partisan divide among Americans themselves is less stark, according to a 2019 Pew Research Center survey. As is true on many other political issues, sizable minorities of Republicans and Democrats say they do not agree with the dominant position on abortion of the party they identify with or lean toward. And within each partisan coalition, some groups are less likely than others to agree with their party on abortion. 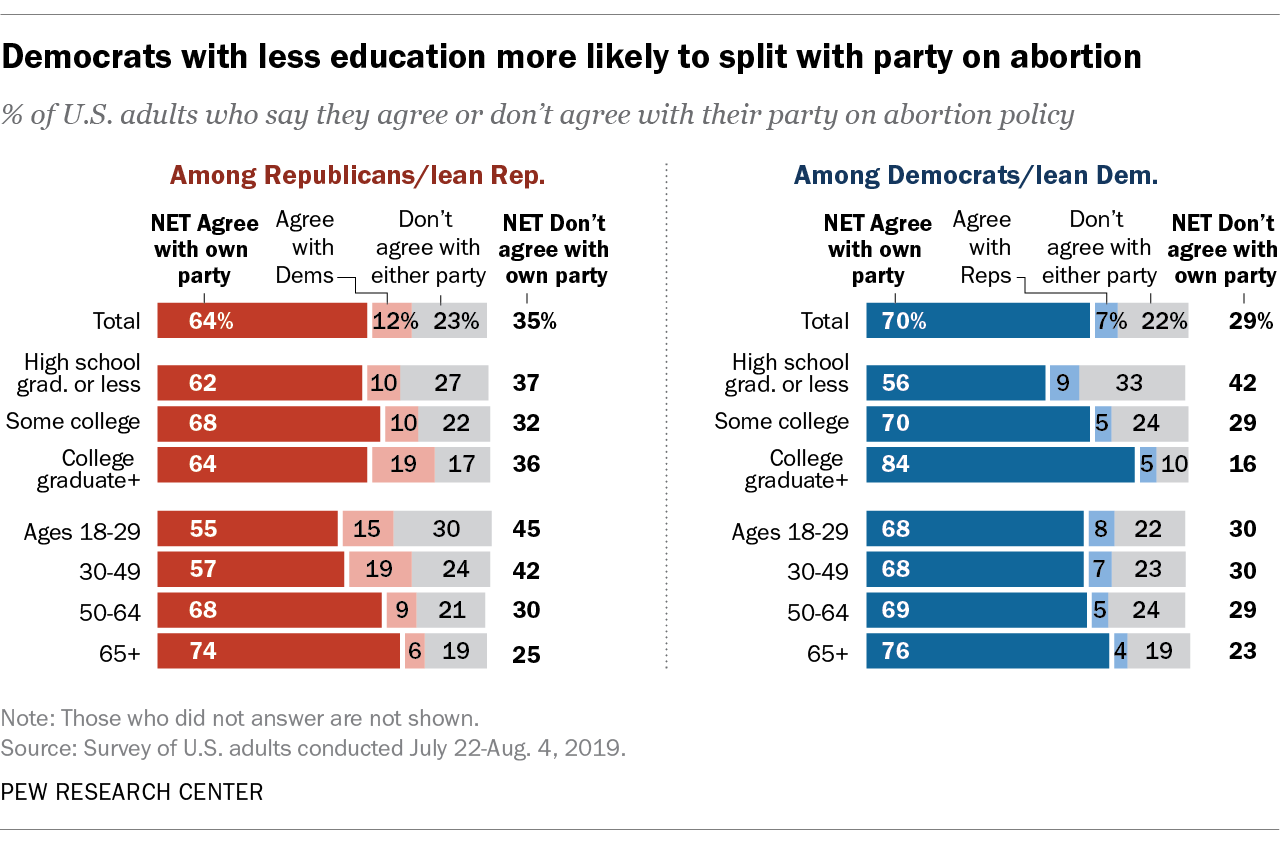 To better understand how Americans’ views on abortion align with partisan identification, we analyzed data from a previously published survey of 4,175 U.S. adults that was conducted July 22 to Aug. 4, 2019. All respondents to the survey are part of Pew Research Center’s American Trends Panel (ATP), an online survey panel that is recruited through national, random sampling of residential addresses. This way nearly all U.S. adults have a chance of selection. The survey is weighted to be representative of the U.S. adult population by gender, race, ethnicity, partisan affiliation, education and other categories. For more, see the ATP’s methodology. 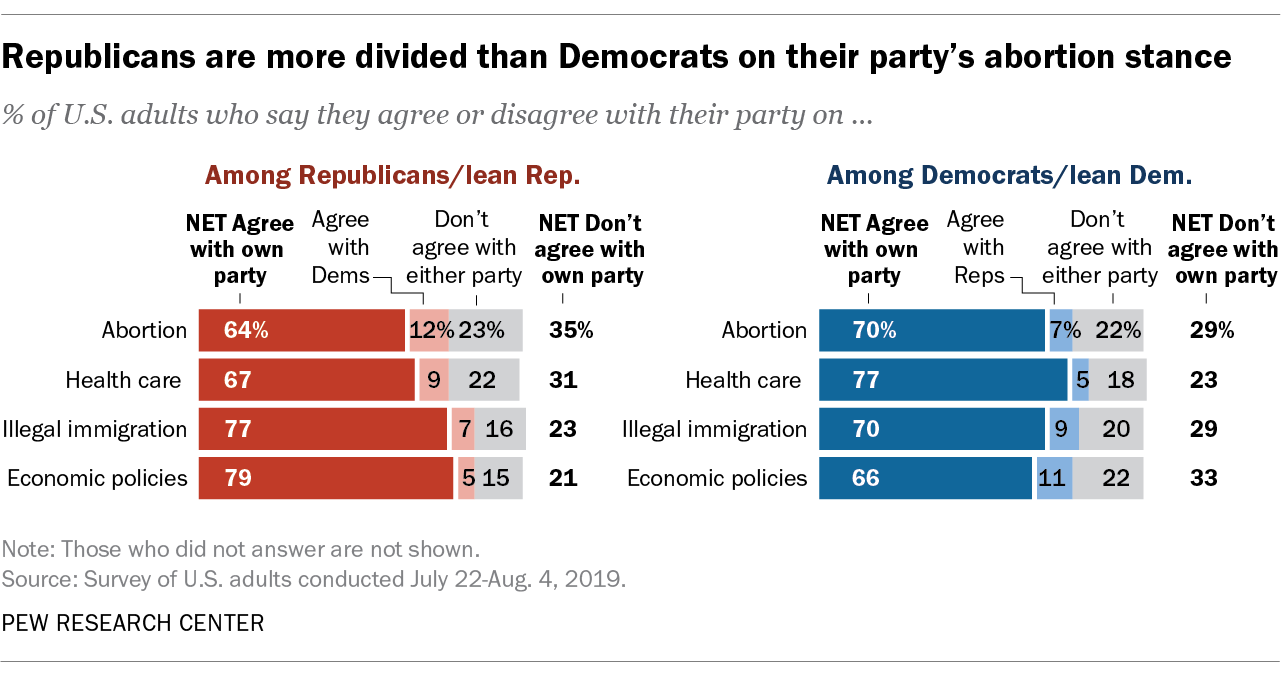 Support for abortion rights has increased among Democrats and those who lean toward the Democratic Party over the past decade. And during this year’s party primaries, some presidential candidates struck different notes on whether abortion opponents have a place in the party. Vermont Sen. Bernie Sanders said “being pro-choice is an absolutely essential part of being a Democrat,” while Minnesota Sen. Amy Klobuchar said “pro-life Democrats … are part of our party, and I think we need to build a big tent.”

Joe Biden, the Democratic Party’s presumptive nominee, has changed his views on abortion during his political career. While he has long supported Roe v. Wade, the 1973 Supreme Court ruling for a constitutional right to abortion in at least the first trimester, Biden also has often backed curbs on abortion. In 2006 he characterized himself as being “a little bit of an odd man out in my party” on the issue.

President Donald Trump also has expressed different views on abortion over time. In 1999, vying for the Reform Party’s presidential candidacy, he characterized himself as “pro-choice in every respect.” This year, he became the first sitting president to attend the March for Life and told participants: “Unborn children have never had a stronger defender in the White House.”

Intraparty differences over whether abortion should be legal

Another way to examine intraparty differences on abortion – especially since the official stances of both parties have evolved over time – is to see how people feel about whether it should be legal.

Note: Here are the questions used for this analysis, along with responses, and its methodology.

8 key findings about Catholics and abortion
5 facts about the abortion debate in America
Nearly six-in-ten Americans say abortion should be legal in all or most cases
6 facts about U.S. political independents
Like Americans overall, U.S. Catholics are sharply divided by party
Trump used his clemency power sparingly despite a raft of late pardons and commutations
Biden Begins Presidency With Positive Ratings; Trump Departs With Lowest-Ever Job Mark
Almost all U.S. presidents, including Trump, have been Christians
How we know the drop in Trump’s approval rating in January reflected a real shift in public opinion
What Biden and Trump voters say they want the other candidate’s supporters to know about them