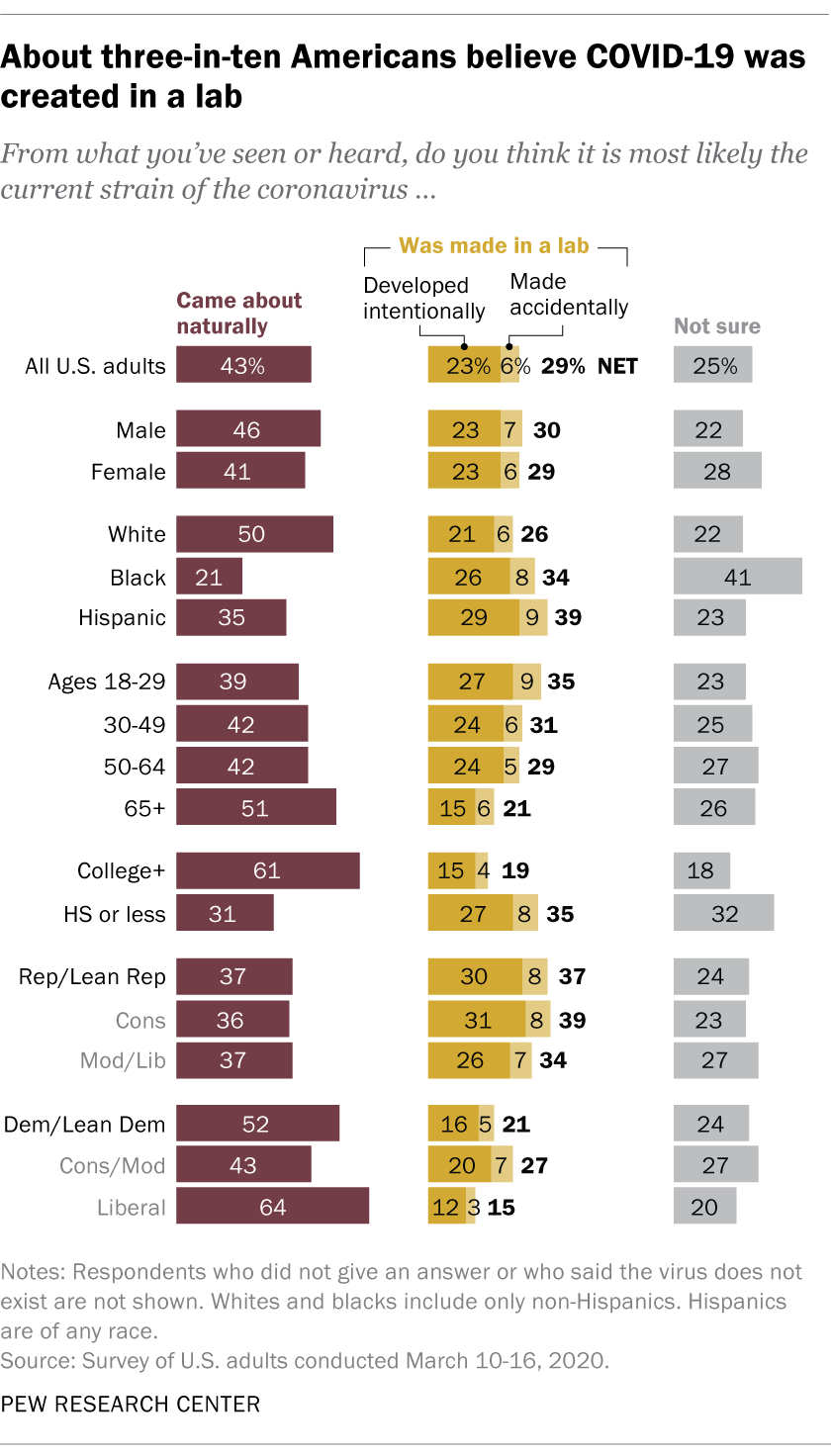 Most Americans expect a COVID-19 vaccine within a year; 72% say they would get vaccinated
44% of Americans say they talk about the coronavirus outbreak most or almost all of the time
Around three-in-ten Americans are very confident they could fact-check news about COVID-19
Americans turn to technology during COVID-19 outbreak, say an outage would be a problem
Most white evangelicals satisfied with Trump’s initial response to the COVID-19 outbreak
Defining generations: Where Millennials end and Generation Z begins
Americans Oppose Religious Exemptions From Coronavirus-Related Restrictions
Are you in the American middle class? Find out with our income calculator
25% in U.S. see at least some truth in conspiracy theory that COVID-19 was planned
Voters Rarely Switch Parties, but Recent Shifts Further Educational, Racial Divergence