Corrections (Feb. 11, 2020): An earlier version of this post mischaracterized the shares of Latino eligible voters in California and Texas. These states have among the highest shares of Latino eligible voters, but not the highest. New Mexico has the highest share at 43%. Also, due to rounding errors, an earlier version of the table titled “U.S. Hispanic eligible voters by state, 2020” included several incorrect percentages. A previous version of the attached topline gave incorrect sample sizes for a question on voter registration status, coded “REG”; some of these percentages have changed. The topline also included incorrect sample sizes for our party lean question, coded “PARTYLN”; these percentages have not changed.

As the first 2020 primaries and caucuses near, the vast majority of Latino registered voters who are Democrats or lean toward the party see the 2020 presidential election results as of particular importance, and over half have a good or excellent impression of their own party’s candidates, according to a national Pew Research Center survey of Latino adults conducted in December. 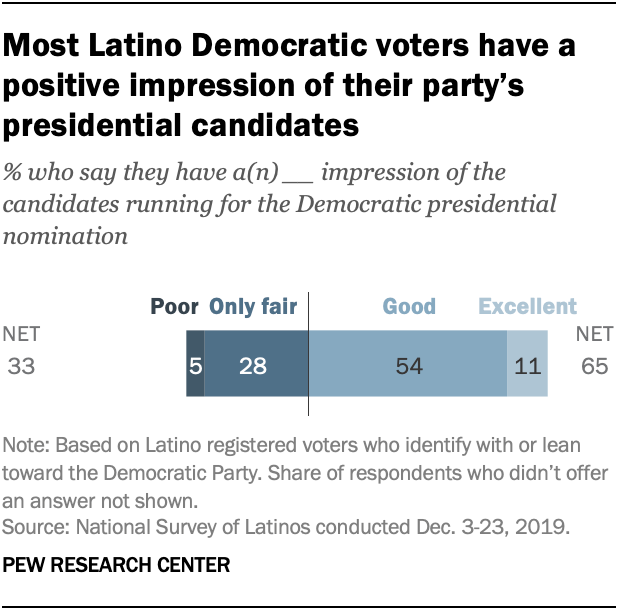 For November’s general election, a record 32 million Latinos are projected to be eligible to vote, exceeding the number of black eligible voters for the first time. 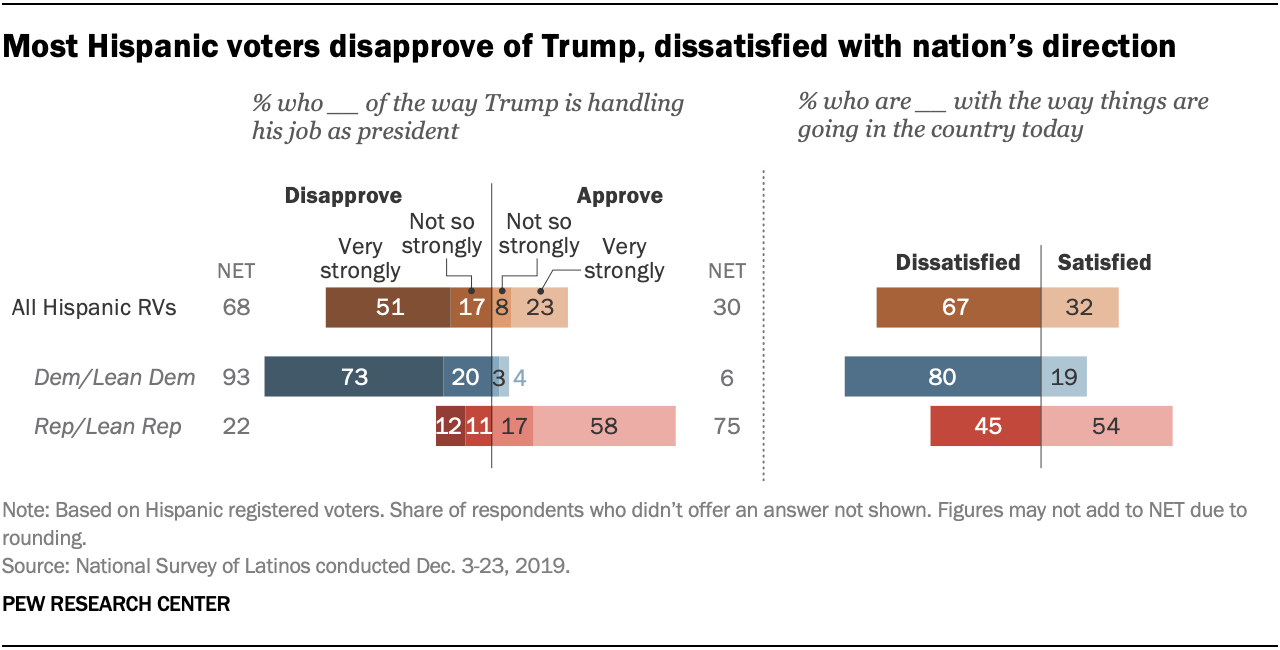 Latinos and the Democratic presidential primaries

Latino Democrats may have a greater impact on their party’s presidential nomination process this year than in 2016 because of changes to the primary calendar. California, where about 26% of all Latino voters in the U.S. live, moved up its primary to Super Tuesday on March 3, three months earlier than in 2016. Three other states with smaller but potentially important Latino eligible voter populations moved up their primaries to Super Tuesday: North Carolina, Utah and Maine. (One state, Georgia, moved back its primary to after Super Tuesday.)

Overall, an estimated 56% of Latino eligible voters live in states that have a Democratic primary or caucus on or before Super Tuesday this year, up from 29% in 2016, according to an analysis of 2018 and 2016 American Community Survey data. 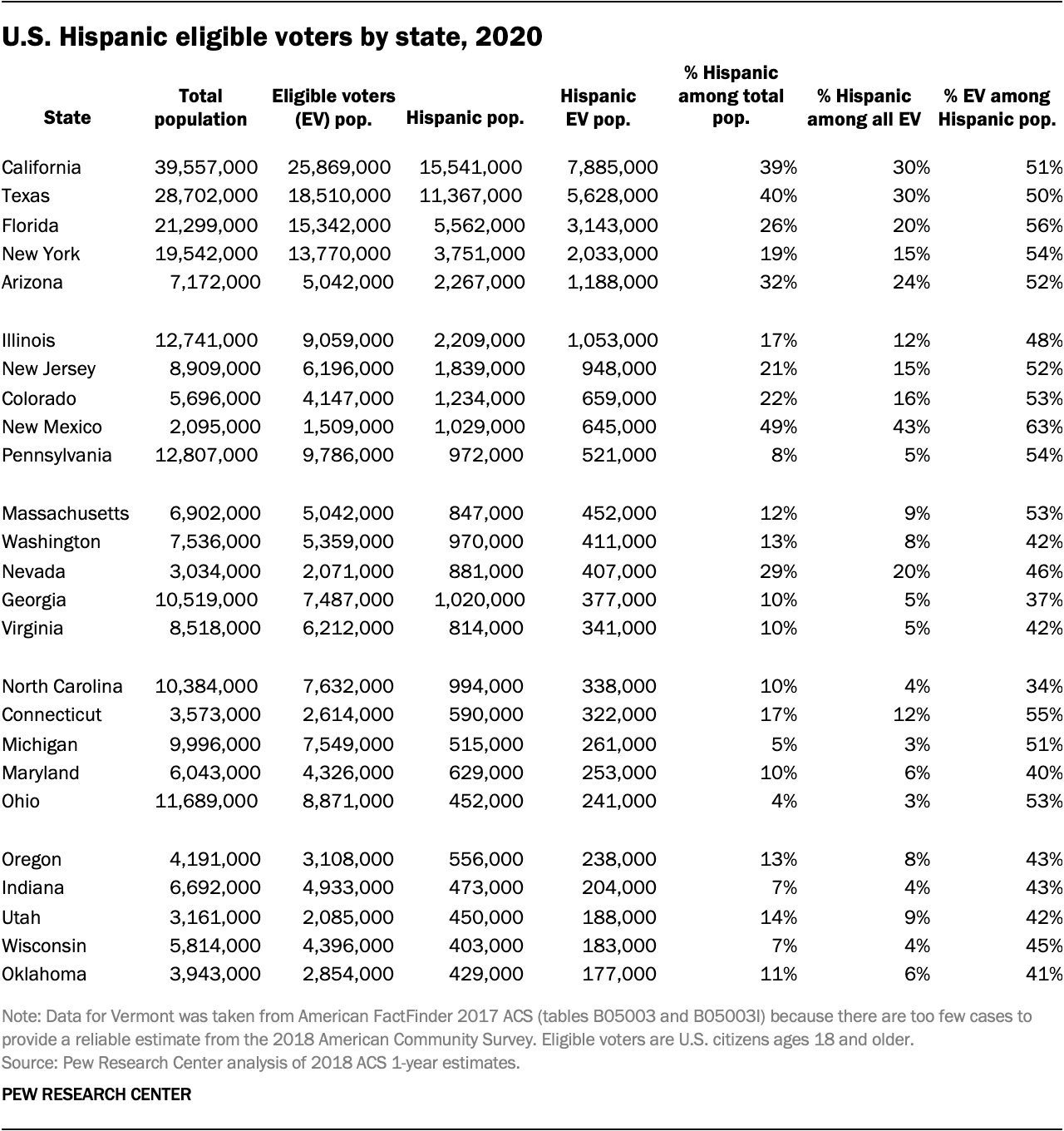 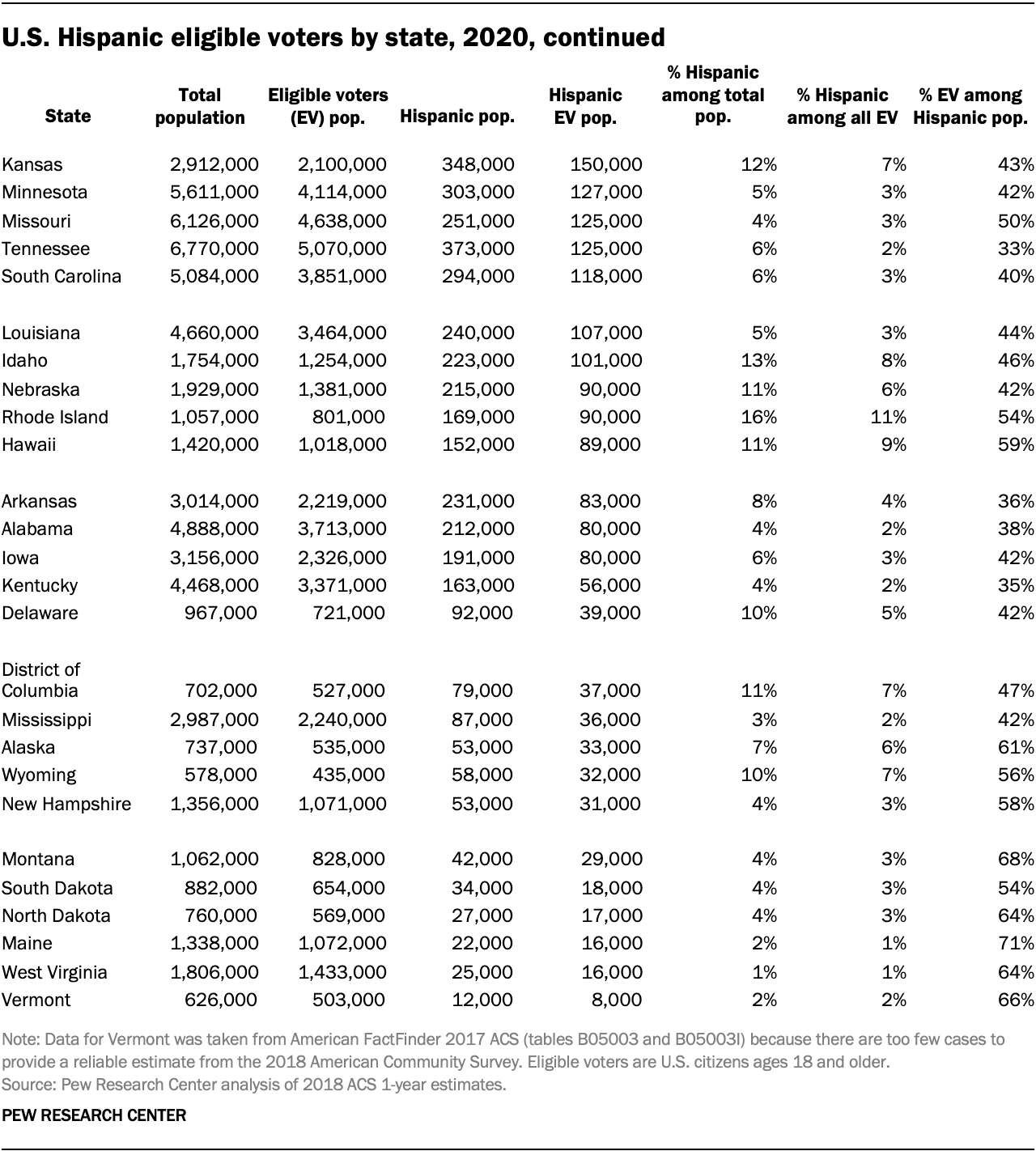 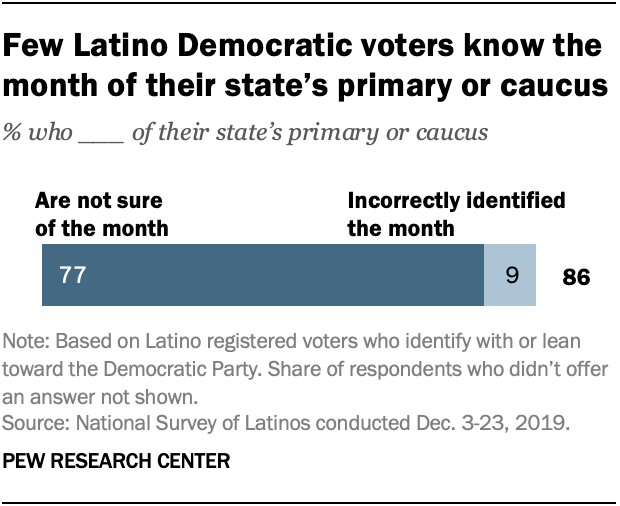 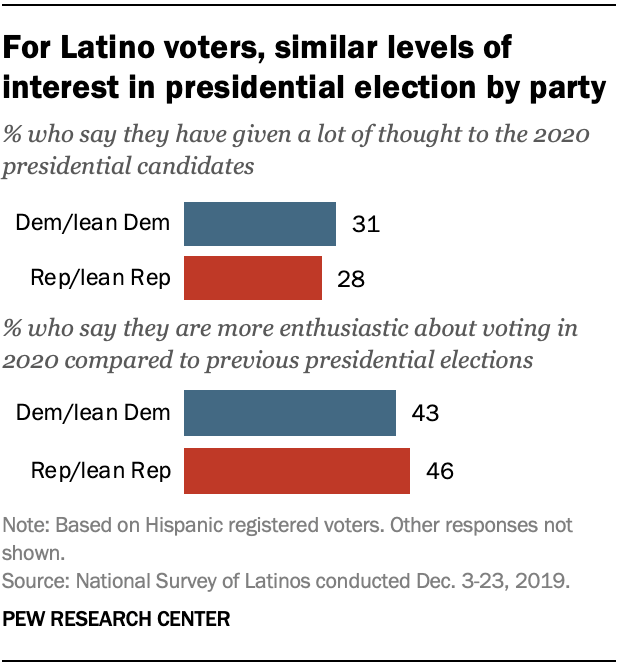 Historically, relatively few registered voters in the U.S. participate in presidential primaries or caucuses – around 15% in most years. While no comprehensive data exists on Latino turnout in these elections, Latino voter turnout rates in general elections have lagged other groups, including in the 2018 midterms when turnout surged among Latinos and other racial and ethnic groups.

About three-in-ten Latino Democratic voters (31%) say they have given a lot of thought to who is running for president in 2020, and a similar share of Republican voters say the same. Comparable shares of Democrats (43%) and Republicans (46%) say they are more enthusiastic about voting this year than in previous presidential elections.

Note: See the questions used for the report, along with responses, and its methodology.