Most U.S. adults who attend religious services express confidence in their clergy’s advice on a range of questions, at least to some degree. But a recent Pew Research Center survey finds that Catholics have considerably less confidence than Protestants – and are less likely to claim a close relationship with their clergy. 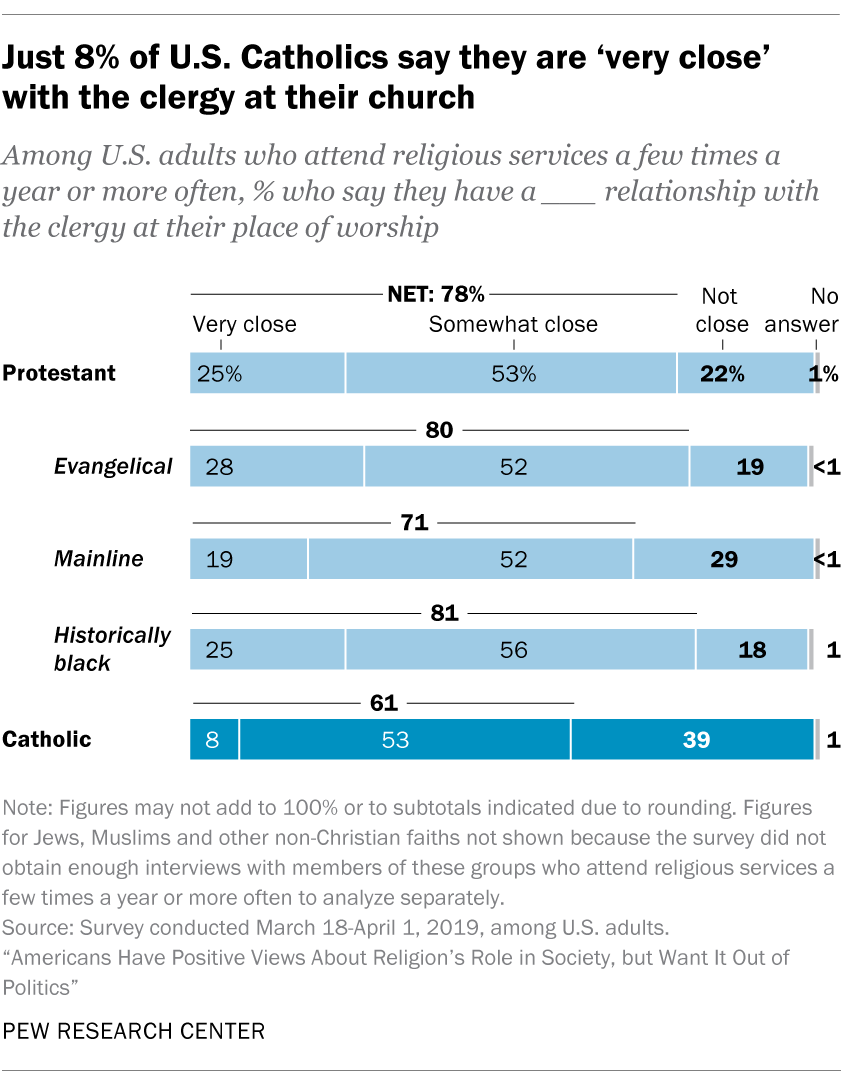 Catholics and Protestants also express varying levels of confidence in their clergy’s advice about personal issues and religious topics. Only three-in-ten Catholics, for instance, say they have “a lot” of confidence in their clergy’s guidance about marriage and relationships. Larger shares of evangelical Protestants (66%), Protestants in the historically black tradition (54%) and mainline Protestants (45%) say the same. And Catholics are much less likely than Protestants overall to trust their religious leaders to give useful advice on parenting (23% vs. 49%, respectively). 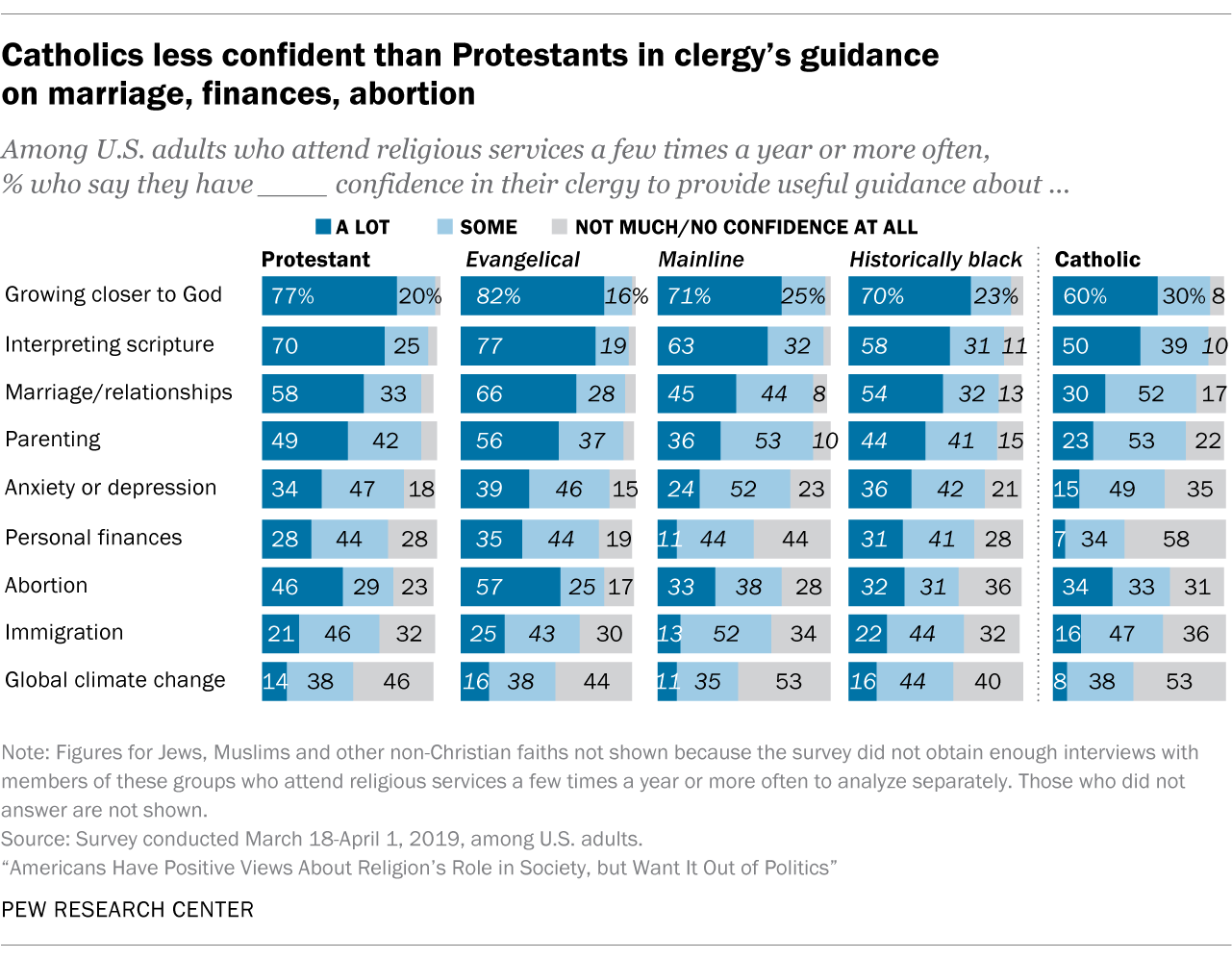 Views of abortion guidance are more divided. Evangelical Protestants are much more likely to have a lot of confidence in their clergy’s ability to provide useful guidance on abortion (57%) than are Catholics or Protestants from mainline or historically black denominations (roughly a third for each of these groups.)