Two-thirds of Americans say the use of marijuana should be legal, reflecting a steady increase over the past decade, according to a new Pew Research Center survey. The share of U.S. adults who oppose legalization has fallen from 52% in 2010 to 32% today.

Meanwhile, an overwhelming majority of U.S. adults (91%) say marijuana should be legal either for medical and recreational use (59%) or that it should be legal just for medical use (32%). Fewer than one-in-ten (8%) prefer to keep marijuana illegal in all circumstances, according to the survey, conducted Sept. 3 to 15 on Pew Research Center’s American Trends Panel.

As in the past, there are wide partisan and generational differences in views of marijuana legalization. Nearly eight-in-ten Democrats and Democratic-leaning independents (78%) say marijuana use should be legal. 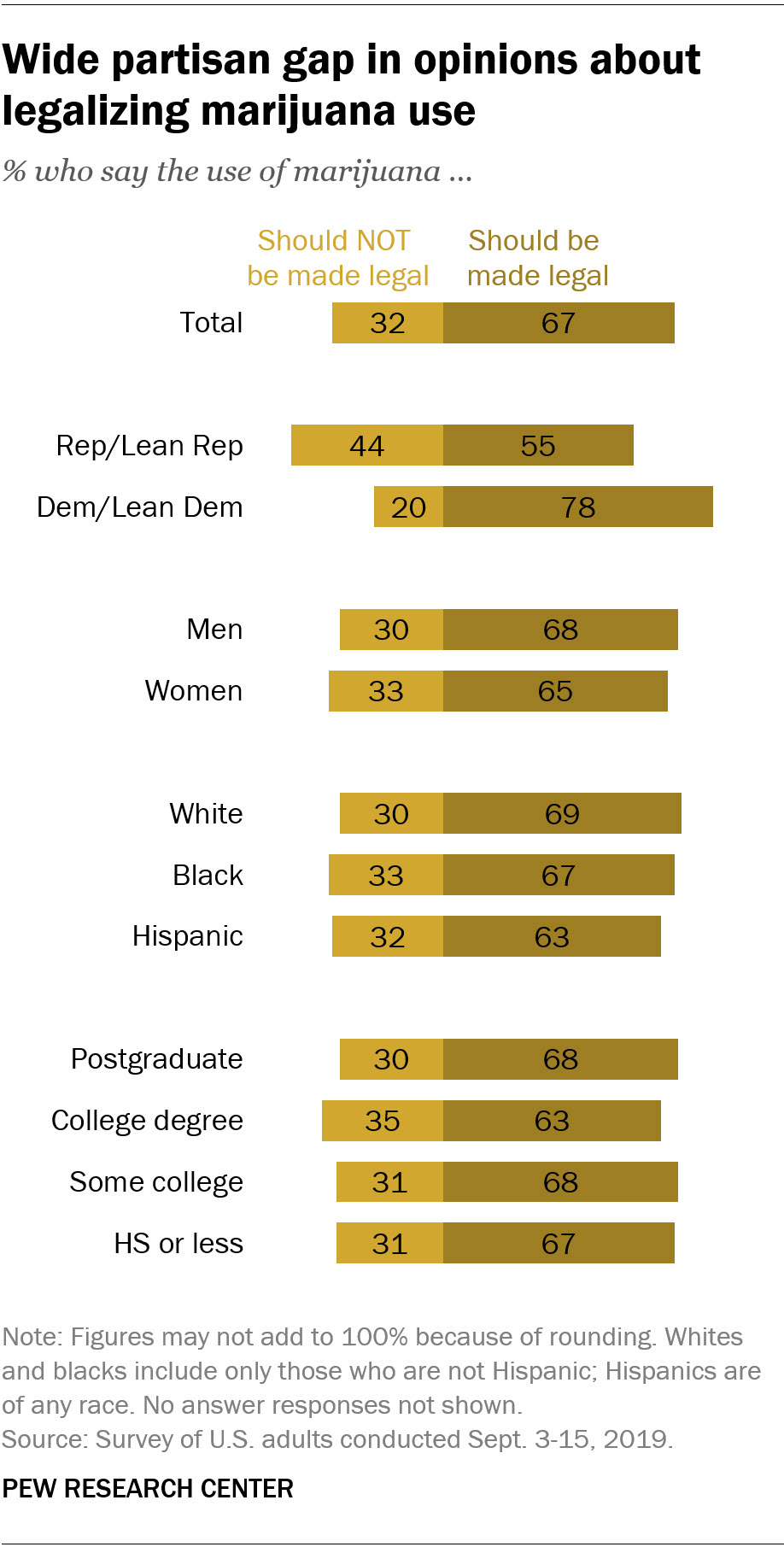 Republicans and Republican leaners are less supportive, with 55% in favor of legalization and 44% opposed.

The generational divide in views of marijuana legalization exists within both party coalitions. Large majorities of Boomer (81%), Gen X (76%) and Millennial Democrats (78%) say the use of marijuana should be made legal, compared with 53% of Silent Generation Democrats who say this. 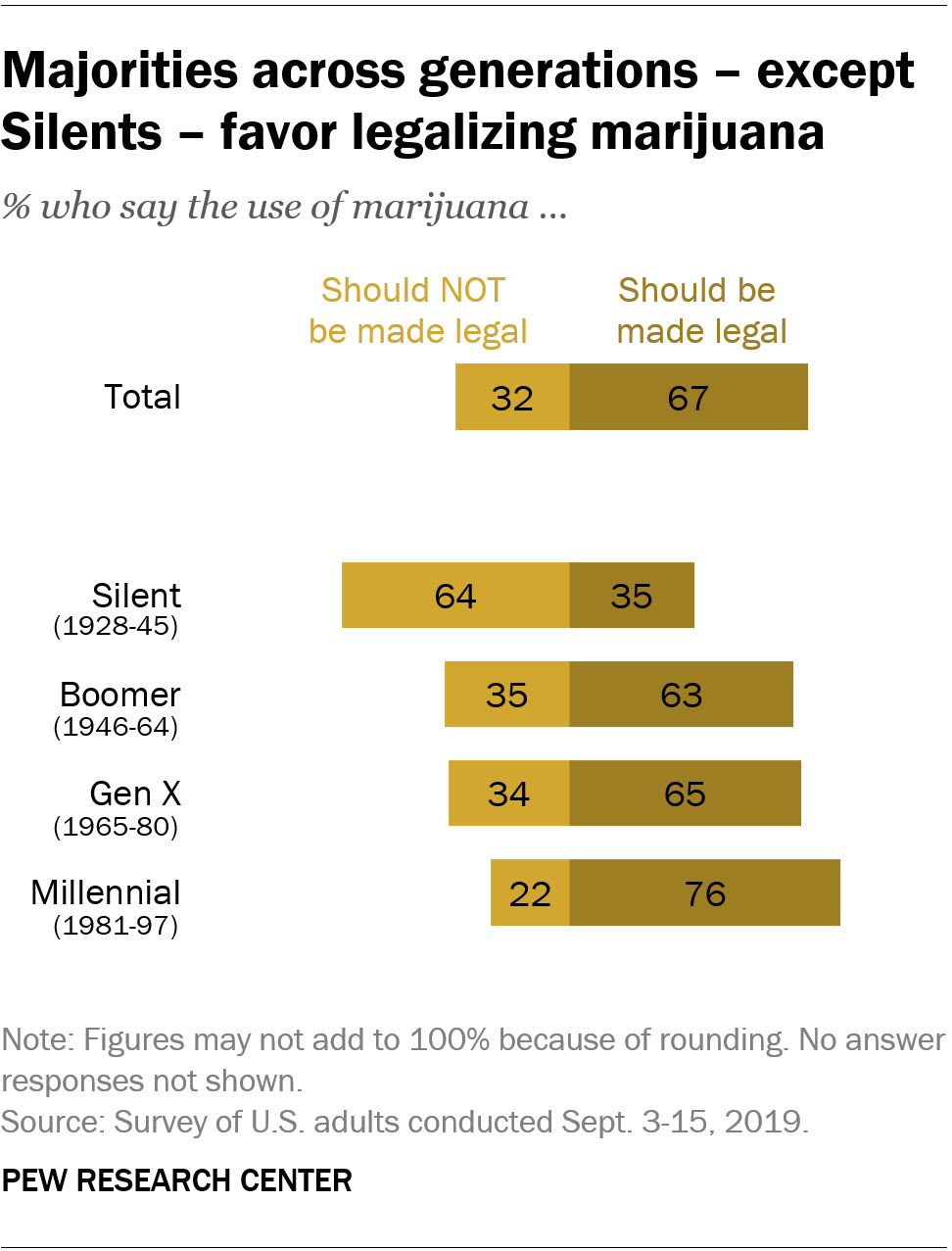 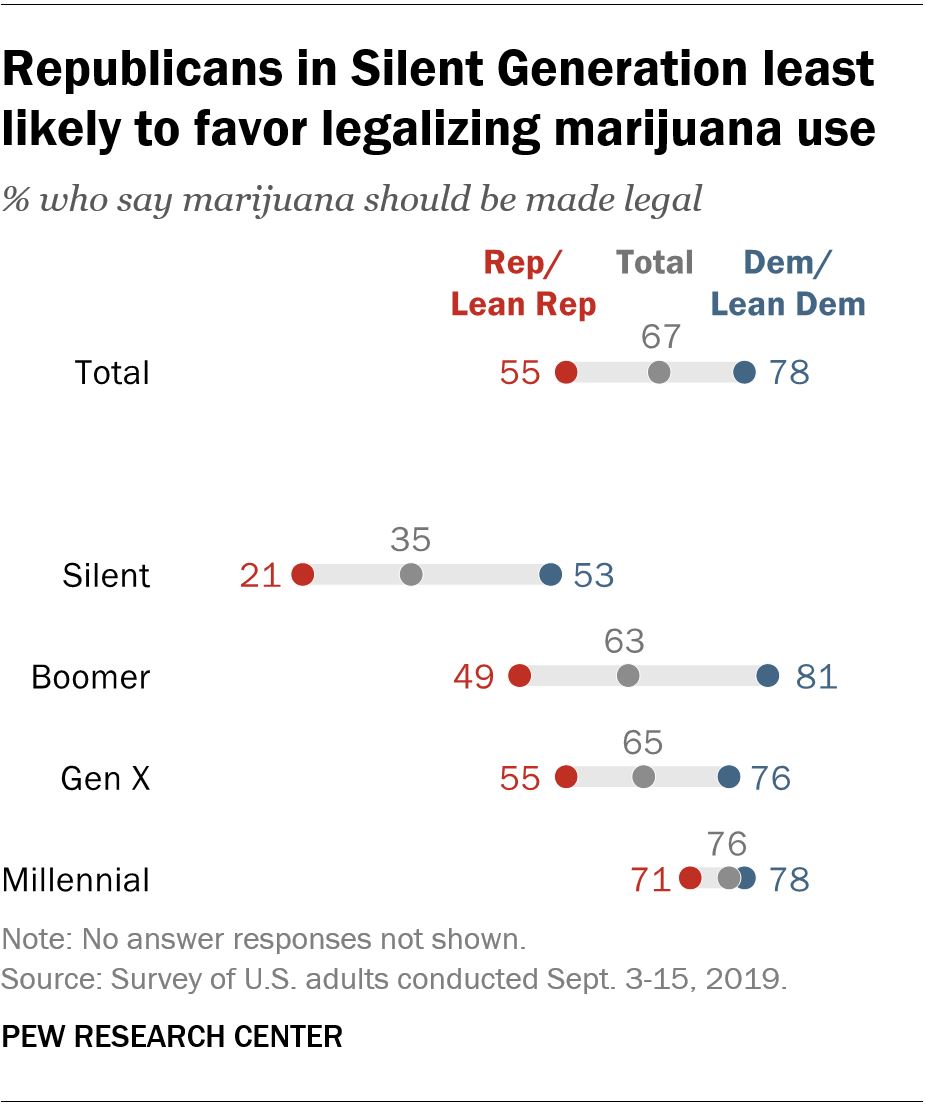 The growth in public support for legal marijuana has come as a growing number of jurisdictions have legalized marijuana for medical or recreational purposes. 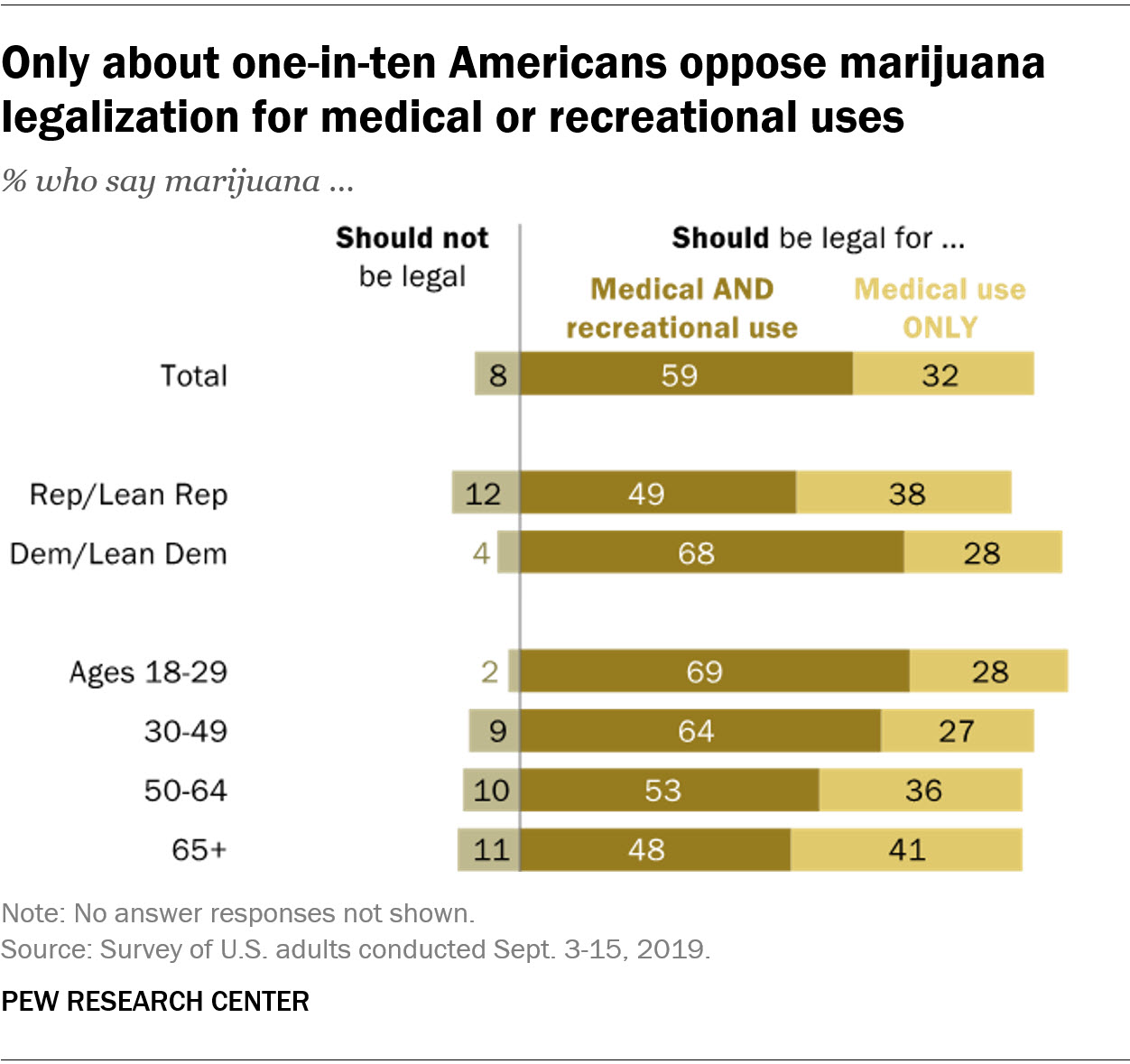 Eleven states and the District of Columbia have legalized the drug for recreational purposes.

Meanwhile, 33 states – plus the District of Columbia, Guam, Puerto Rico, and the U.S. Virgin Islands – have legalized the drug for medical purposes, according to the National Conference of State Legislatures.

Marijuana remains illegal under U.S. federal law. However, several Democratic candidates for president have proposals to legalize or decriminalize marijuana use.

Note: This is an update of a post originally published Oct. 8, 2018. See full topline results and methodology.