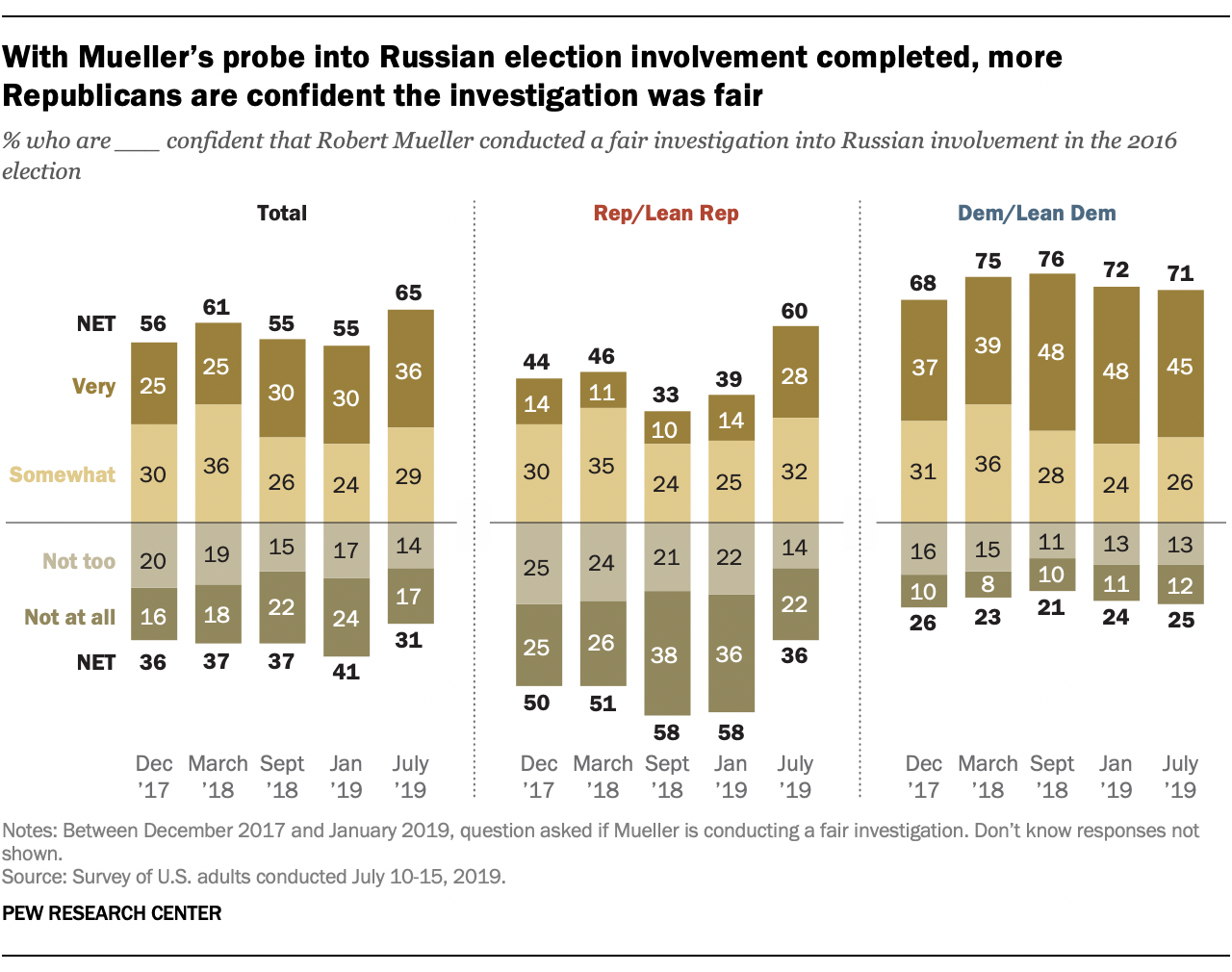 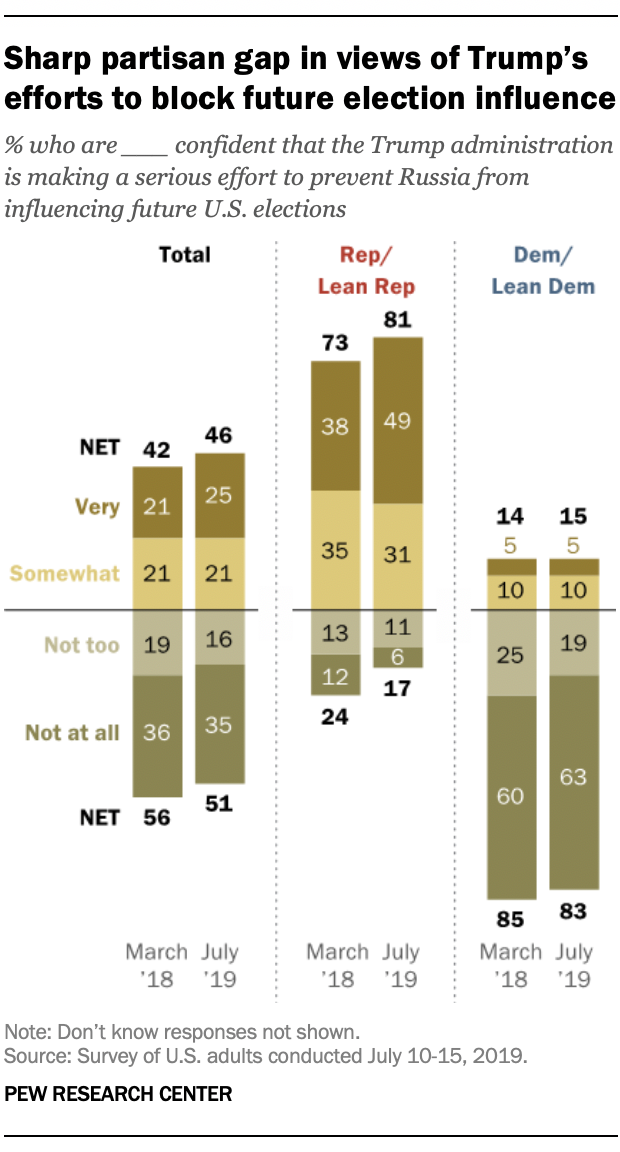 Most Americans lack confidence in Trump to deal appropriately with Mueller probe
Views of Mueller’s investigation – and Trump’s handling of the probe – turn more partisan
State of the Union 2019: How Americans see major national issues
Democrats more optimistic than Republicans that partisan relations in Washington will improve in 2021
In Trump era, women’s views of nation’s prospects take a negative turn