President Donald Trump’s recent attacks on four first-term lawmakers – all women of color – triggered an impassioned response from House Democrats, who overwhelmingly backed a House resolution condemning the president’s remarks. This is just the latest chapter in a long-running debate over what language is appropriate in political debates in the United States. A recent Pew Research Center survey examined Americans’ attitudes about this topic, including Trump’s impact on political discourse and the potential risks from incendiary rhetoric from elected officials: 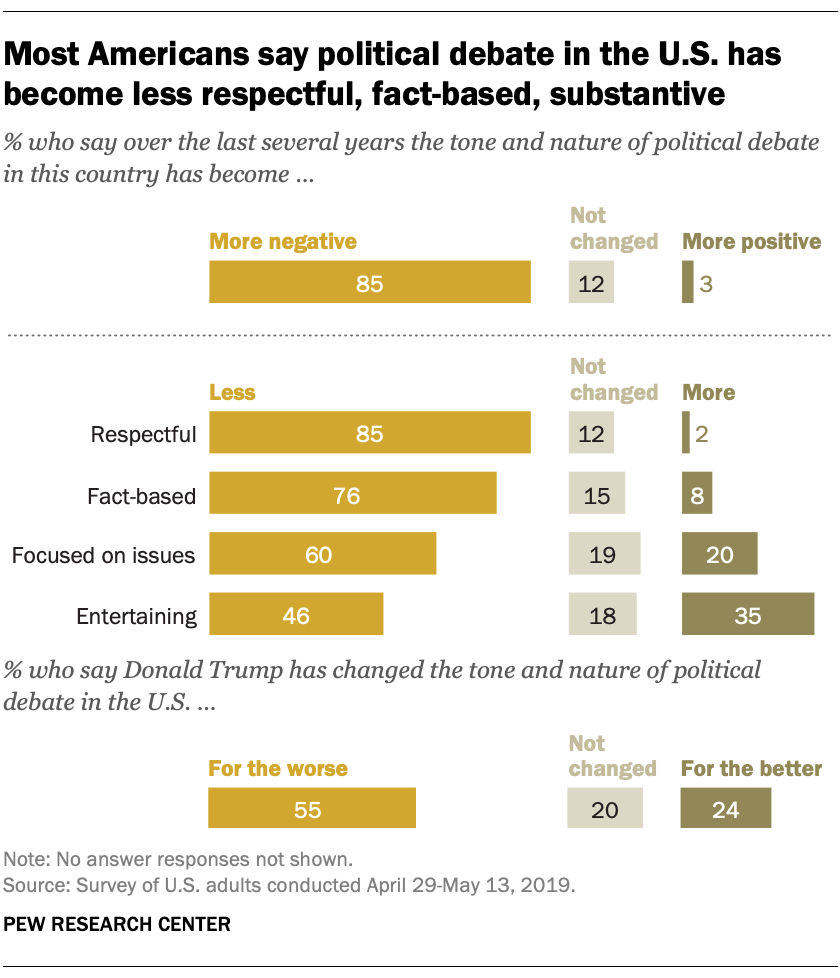 2Donald Trump is a major factor in people’s views about the state of the nation’s political discourse. A majority (55%) say Trump has changed the tone and nature of political debate for the worse, while fewer than half as many (24%) say he has changed it for the better. One-in-five Americans say he has had little impact. 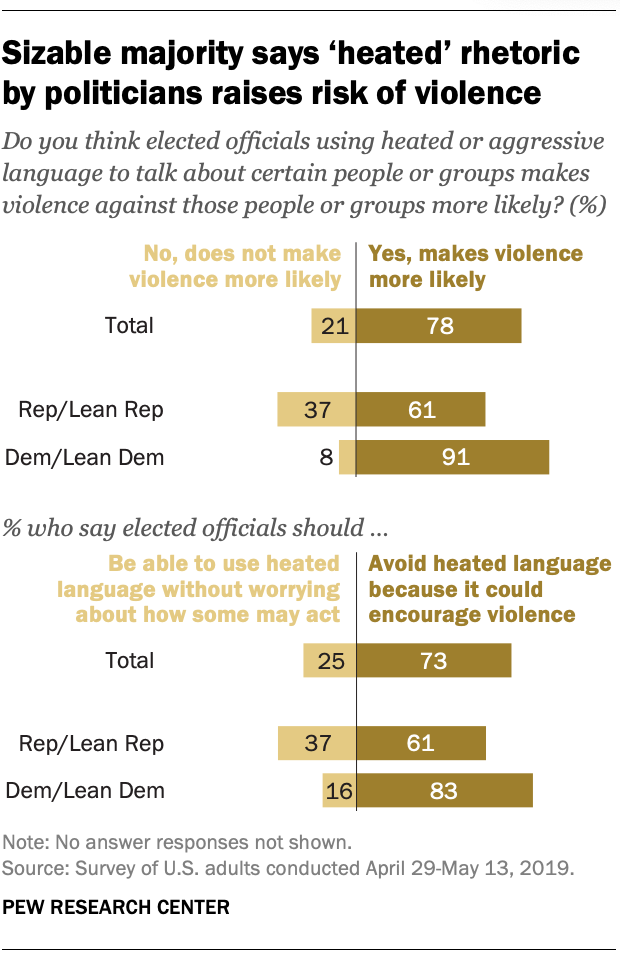 Americans broadly agree that elected officials should avoid using heated language because it could encourage violence. Nearly three-quarters of Americans (73%) say this, while just a quarter believe that elected officials “should be able to use heated language to express themselves without worrying about whether some people may act on what they say.”

While majorities in both parties say officials should avoid heated language, this view is more widely held among Democrats (83%) than Republicans (61%).

6Most Americans say there is not consensus in the public on what constitutes racist or sexist language. About six-in-ten Americans (61%) say people generally don’t agree about what is considered to be racist language while 38% believe that people do agree on this. Views about agreement over sexist language are roughly the same.

About two-thirds (65%) of Republicans and Republican leaners say people generally do not agree over the definition of racist language; 58% of Democrats and Democratic leaners say the same. Black people are somewhat more likely than whites and Hispanics to say people agree about what is considered racist language, although blacks, whites and Hispanics are all more likely to say people do not agree on what kind of language is racist than to say that there is broad agreement.