Depression has become increasingly common among American teenagers – especially teen girls, who are now almost three times as likely as teen boys to have had recent experiences with depression. 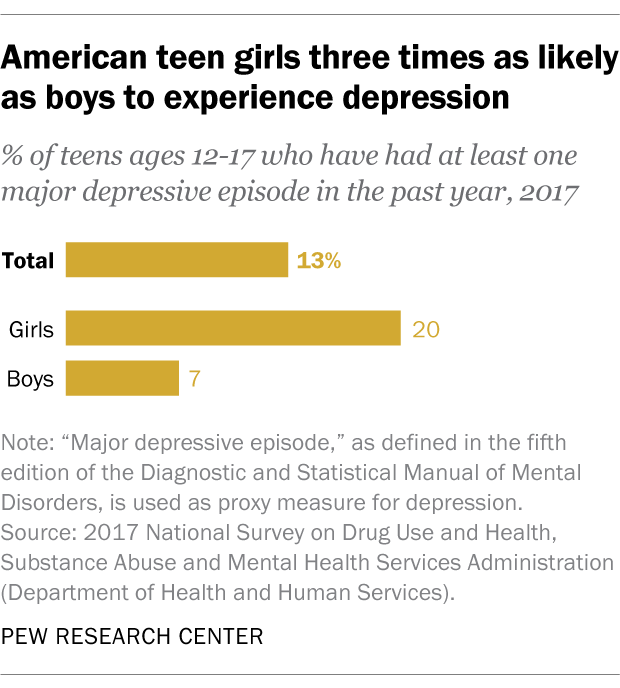 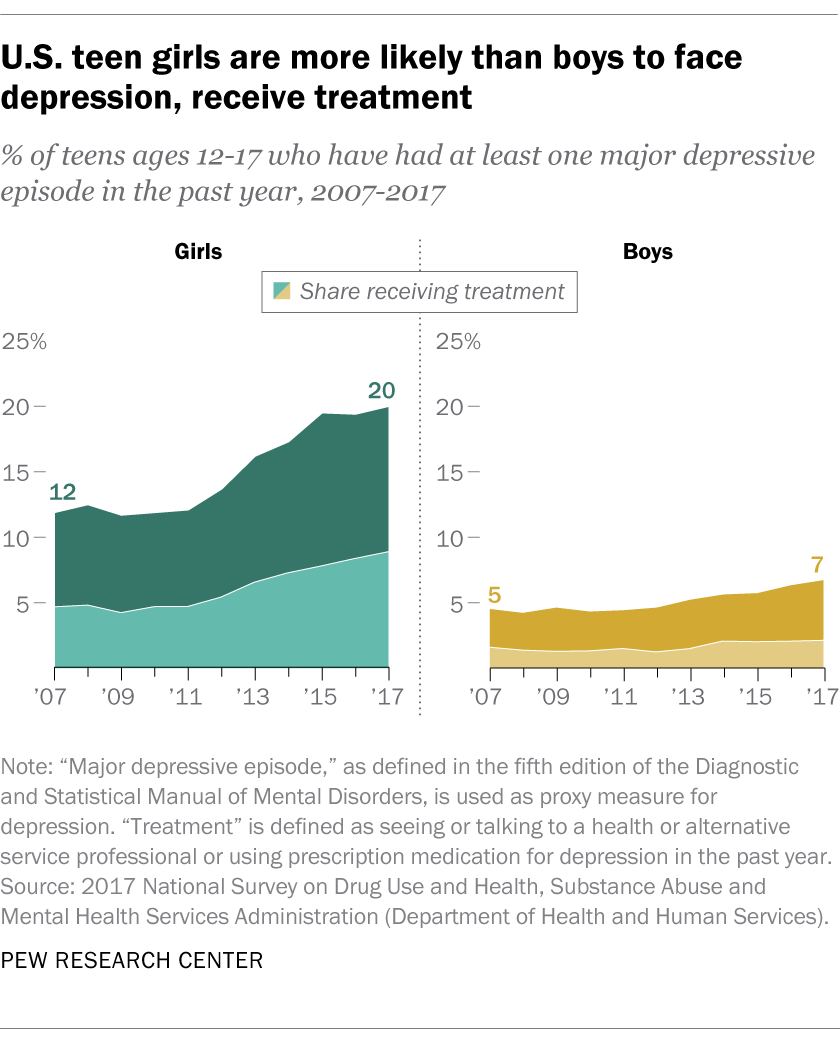 The total number of teenagers who recently experienced depression increased 59% between 2007 and 2017. The rate of growth was faster for teen girls (66%) than for boys (44%).

The number of adults who had experienced depression also increased from 14.8 million in 2007 to 17.3 million in 2017, though the share remained the same (7%). Adults also differed by gender in their experiences with depression (9% of women vs. 5% of men).

Adults who have experienced depression are treated at higher rates than teens. Among adults who had recent depressive episodes, about two-thirds (67%) received treatment. Again, women who had a recent experience with depression (72%) were more likely than men (58%) to receive treatment.

Academic and social pressures are among the reasons cited by experts who have studied teen depression. The Center’s survey asked about some of those pressures teens face in their daily lives. About six-in-ten teens (61%) said they personally felt a lot of pressure to get good grades, while roughly three-in-ten reported a lot of pressure to look good and fit in socially (29% and 28%, respectively).

This analysis uses data from the 2017 National Survey on Drug Use and Health (NSDUH), which is directed by the U.S. Department of Health and Human Services’ Substance Abuse and Mental Health Services Administration and overseen by the Center for Behavioral Health Statistics and Quality.

“Major depressive episode” is used throughout this analysis as a proxy measure of depression; as such, that term and “depression” are used interchangeably. A “major depressive episode” is defined as a period of at least two weeks when a person experienced a depressed mood or loss of interest or pleasure in daily activities and had a majority of specific depression symptoms in the fifth edition of the Diagnostic and Statistical Manual of Mental Disorders (DSM-5). “Treatment” of depression is defined in the NSDUH survey as seeing or talking to a health or alternative service professional or using prescription medication for depression in the past year.