As fact-checking organizations are increasingly being tapped to fight against misinformation, Republicans appear to have serious concerns about the fairness of these groups. Democrats, on the other hand, mostly think they are fair to all sides. 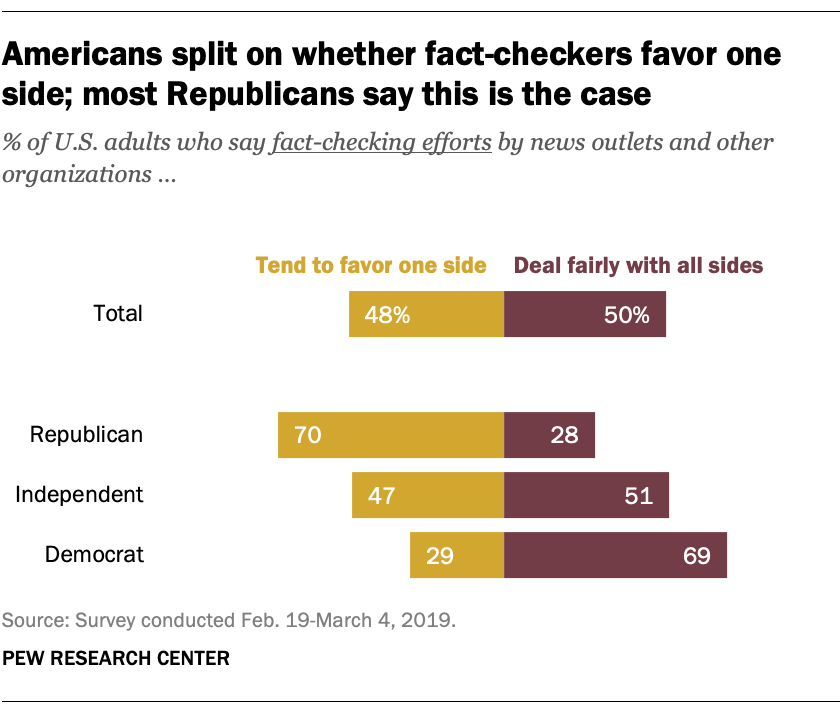 Overall, Americans are split in their views of fact-checkers: Half say fact-checking efforts by news outlets and other organizations tend to deal fairly with all sides, while about the same portion (48%) say they tend to favor one side, according to a Pew Research Center survey conducted Feb. 19 to March 4, 2019. 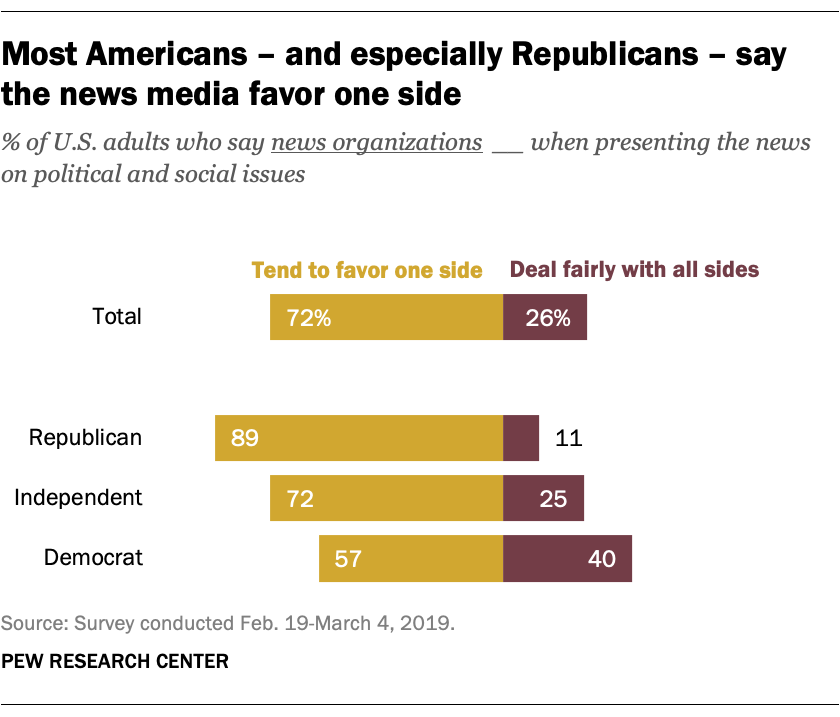 Overall, more Americans perceive fact-checkers as fair than say the same of news organizations more generally – but news organizations, too, elicit sharply divergent views from members of the two parties. Roughly seven-in-ten Americans (72%) say news organizations tend to favor one side when covering political and social issues – notably higher than the half who say the same about fact-checkers. Republicans are 32 points more likely than Democrats to have this view, though majorities of both parties say this (89% of Republicans vs. 57% of Democrats), and again, independents fall in between (72%). The partisan difference on this question is on par with the prior two years it has been asked, and is larger than at any time in the previous three decades except in 2007, at the end of President George W. Bush’s second term in office. 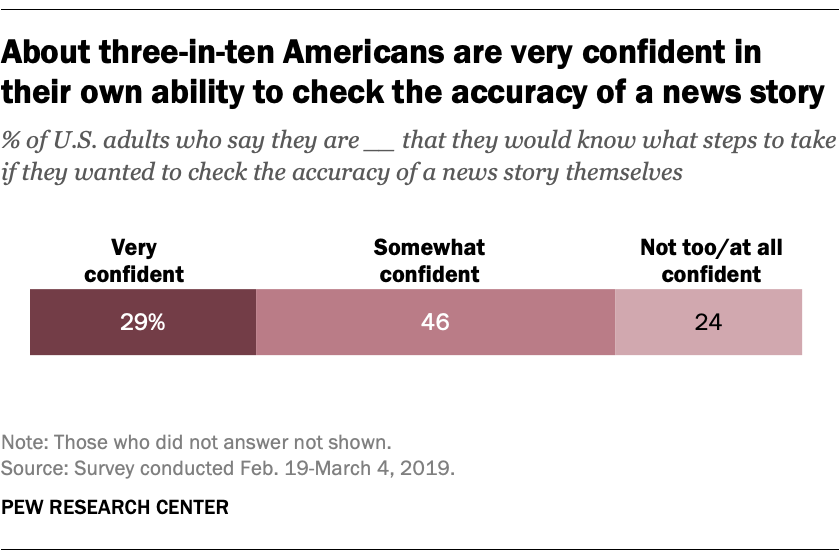 Even as Americans express concerns about fact-checkers, they have mixed confidence in their own ability to check the facts of news stories.

Minorities in both political parties say they are very confident in their own ability to check the accuracy of the news, though Democrats are somewhat more likely than Republicans to say this (34% vs. 25%).