Republicans and Democrats overwhelmingly say it is very important for elected officials in the opposing party to treat officials from their own party with respect. They are much less demanding when it comes to members of their party treating the other side with respect, according to a new Pew Research Center study of political discourse in the United States. 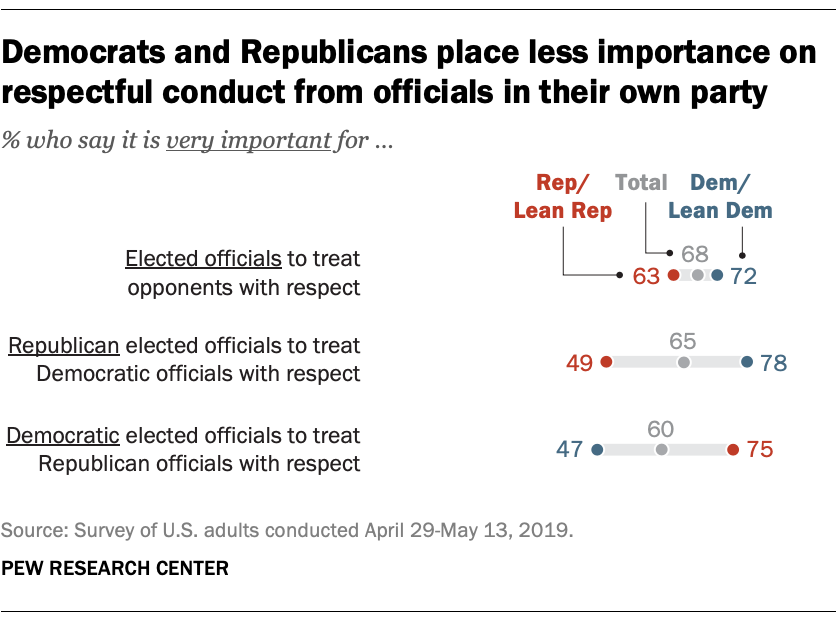 The study finds a similar pattern of opinion in views of political compromise: Republicans and Democrats both like the idea of compromise in principle and place great importance on the opposing party making compromises with members of their party. But much smaller shares say it’s very important for politicians in their own party to compromise.

These are just two of the many examples of Republicans and Democrats setting higher standards for the opposing party than for their own party, according to the new study.

The gaps in views on the importance of respect are especially striking, given that 85% of the public – including nearly equal shares in both parties – says the political debate in this country has become less respectful in recent years.

A sizable majority of all U.S. adults (68%) say it’s very important that elected officials treat their political opponents with respect; another 24% say this is somewhat important. Democrats and Democratic-leaning independents (72%) are somewhat more likely than Republicans and Republican leaners (63%) to place high importance on this quality in politicians generally. 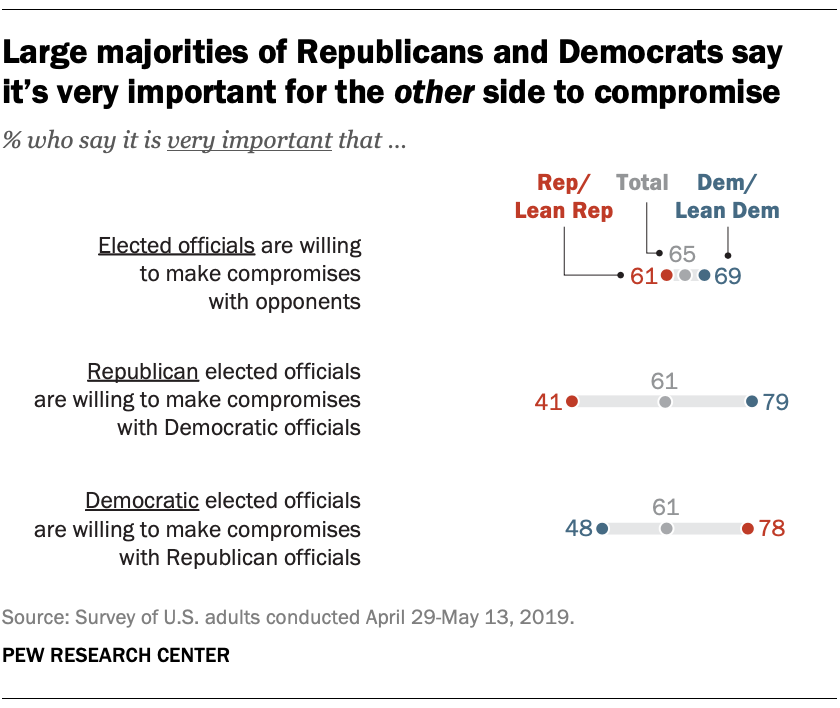 When it comes to political compromise, majorities in both parties say it is very important that elected officials be willing to make compromises with their opponents to solve important problems.

But fewer than half of Republicans (41%) – including just a third of conservative Republicans – say it is very important for GOP elected officials to make compromises with Democrats.

Democrats are slightly more likely than Republicans to value political compromise in principle. Still, only 48% of Democrats say it is very important for officials in their party to be willing to compromise with Republicans, including 42% of liberal Democrats.