Gender differences about the size and scope of government have been evident for more than a decade, but they have widened in recent years. 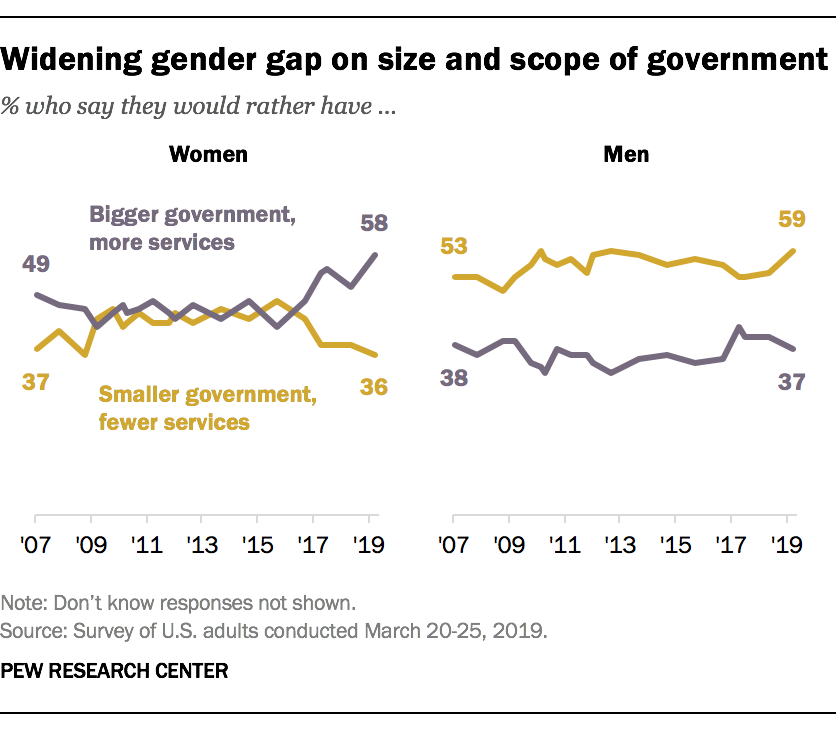 And while the gender gap in presidential job approval also is not new, it is wider for Donald Trump than for his predecessors.

The gender differences on this measure are as wide as at any point in more than a decade. The change is largely attributable to an increase in the share of women expressing a preference for bigger government, while men’s attitudes on this question are little changed.

Trump’s job approval rating has been more deeply divided along partisan lines – and across generations – than for other recent presidents. This also is the case when it comes to gender: There are wider differences between men and women in views of Trump’s job performance than for any president dating to George H.W. Bush. 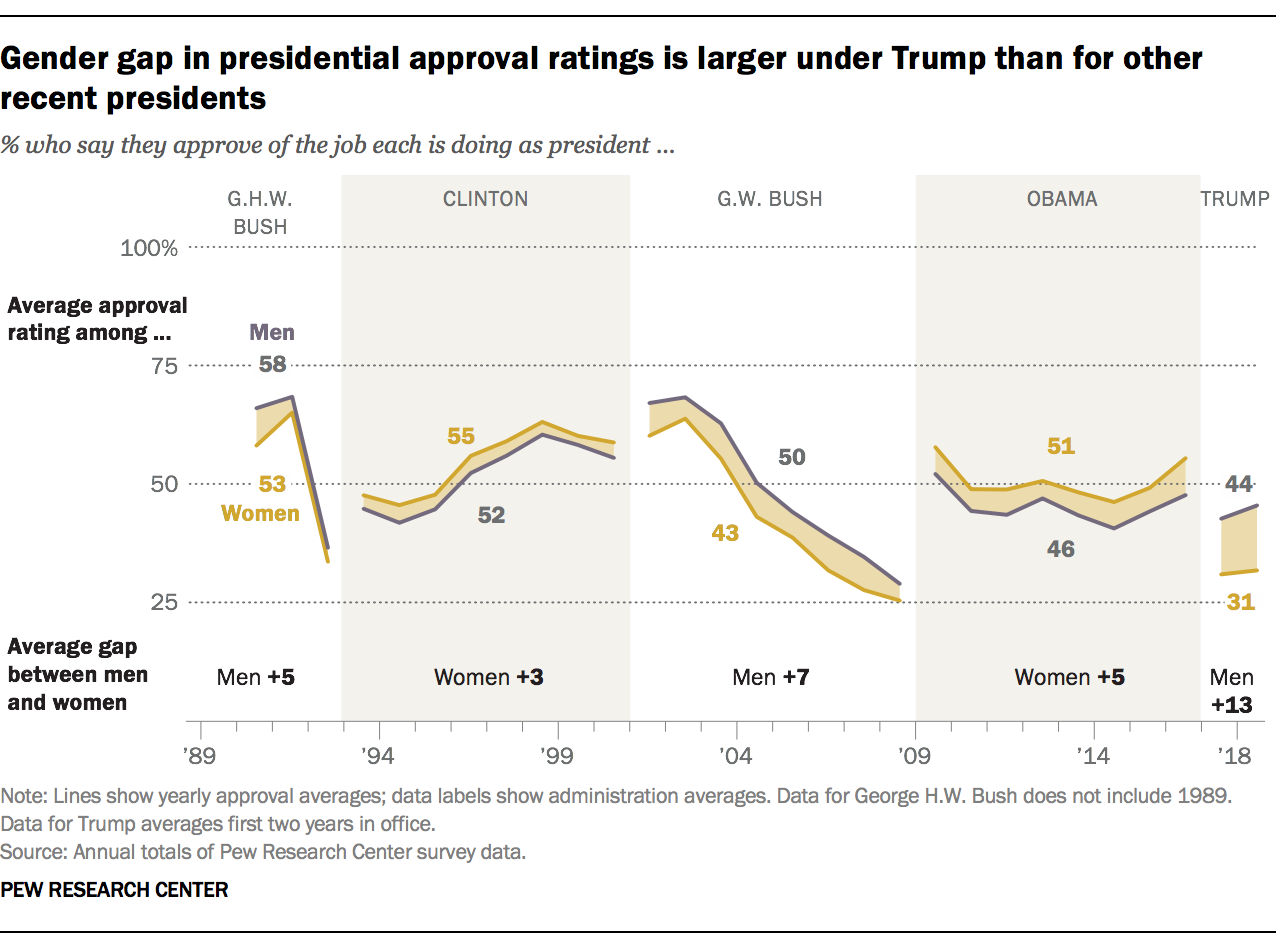 Looking more broadly, over his first two years in office, Trump’s average approval rating was much higher among men (44%) than among women (31%). This 13-percentage-point gender gap is wider than for any of his recent predecessors, dating back to George H.W. Bush.

Men and women in the U.S. continue to differ in voter turnout rate, party identification

In year of record midterm turnout, women continued to vote at higher rates than men

A gender gap in views of Hillary Clinton, even among her supporters