Republicans and Democrats have long held differing views about policy solutions, but throughout most of the recent past there was rough partisan agreement about the set of issues that were the top priorities for the nation. 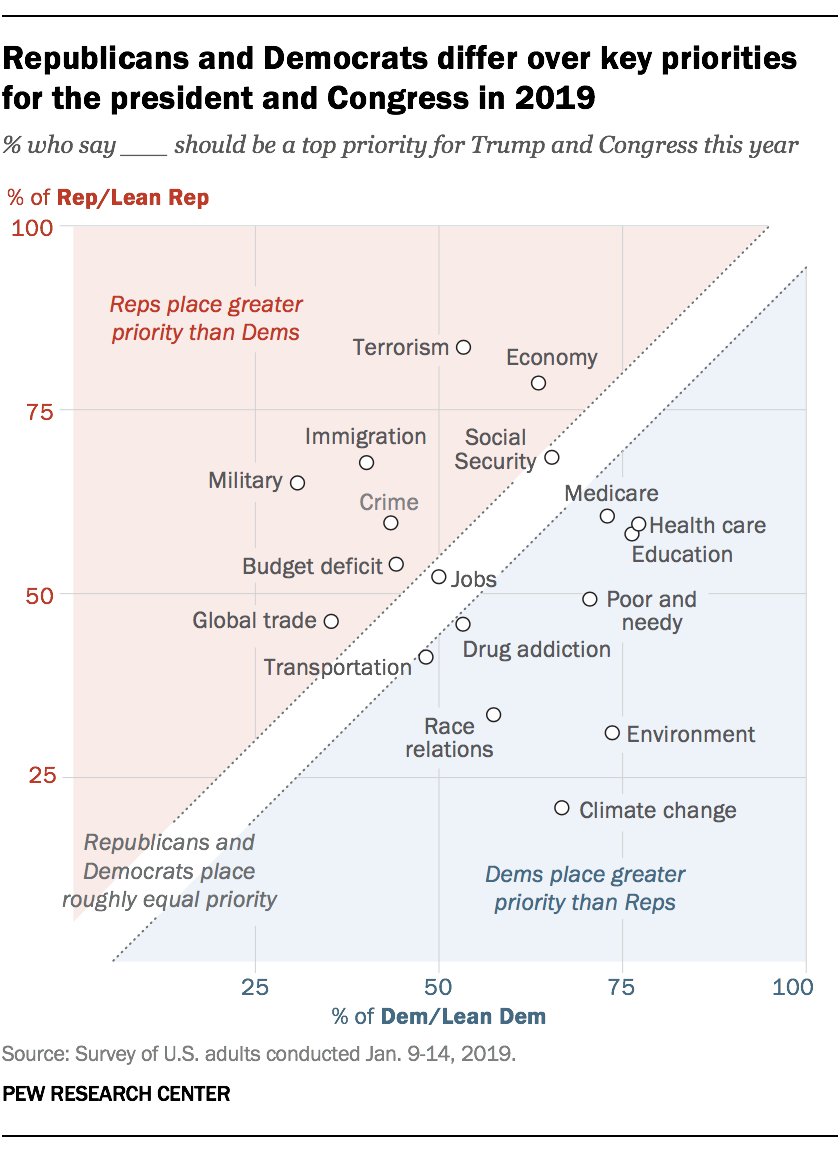 However, that is less and less the case. Republicans and Democrats have been moving further apart not just in their political values and approaches to addressing the issues facing the country, but also on the issues they identify as top priorities for the president and Congress to address.

For more than two decades, Pew Research Center has tracked the public’s priorities, including in our most recent survey.

While many issues are considered high priorities by majorities in both parties today, there is virtually no common ground in the priorities that rise to the top of the lists for Democrats and Republicans.

Among Democrats and Democratic-leaning independents, health care costs, education, the environment, Medicare and assistance for poor and needy people top the list of priorities (all are named as top priorities by seven-in-ten or more Democrats). None of these is among the five leading top priorities for Republicans and Republican-leaning independents (Medicare and health care costs rank sixth and seventh, respectively). Conversely, the two priorities named by more than seven-in-ten Republicans – terrorism and the economy – are cited by far smaller shares of Democrats. 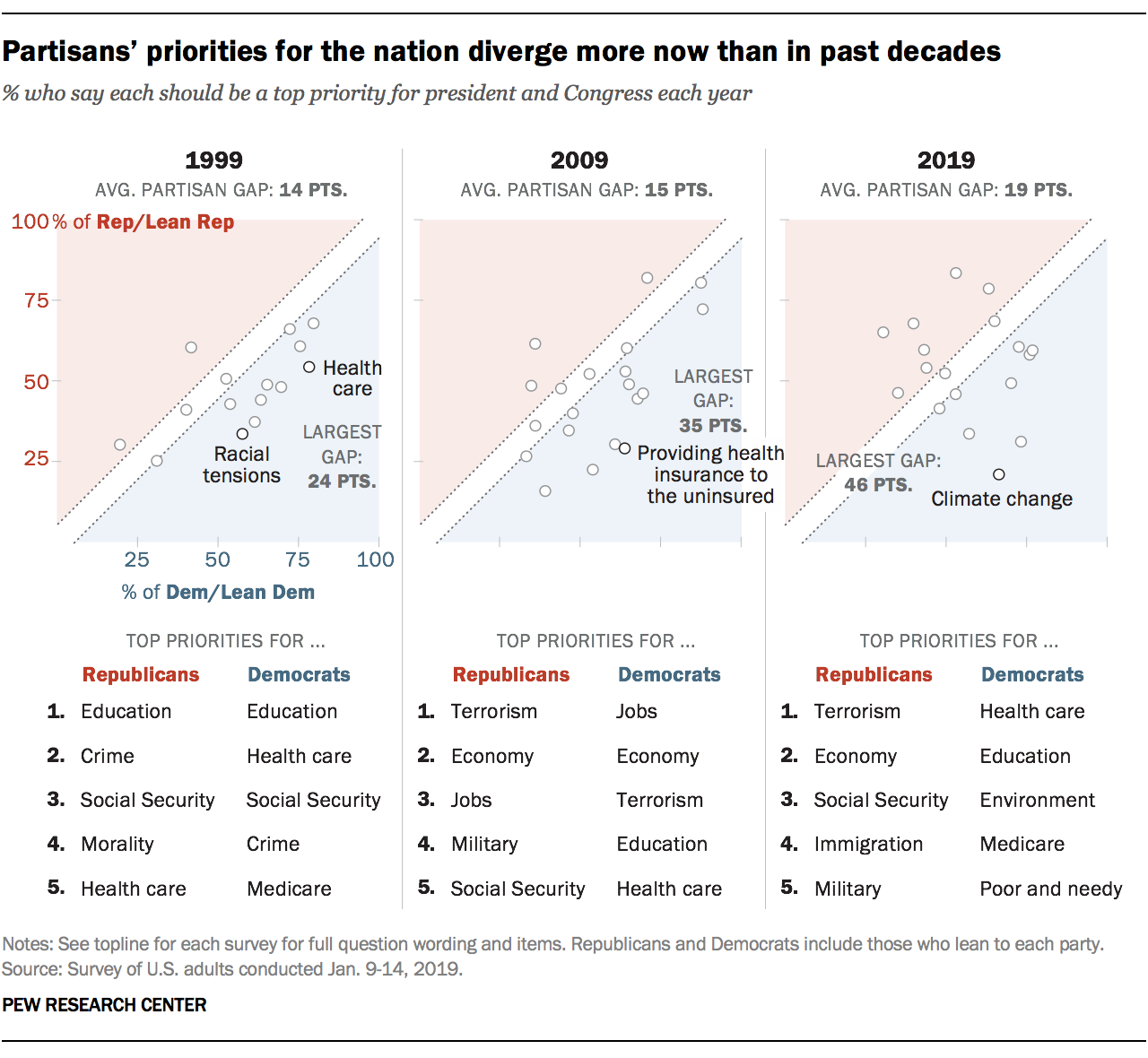 Twenty years ago, and even as recently as 2014, the top priorities of Democrats and Republicans were much more aligned than they are today. In 1999, improving the educational system topped the list of priorities for both Republicans and Democrats, and four of the top five issues for Republicans were listed among the Democrats’ top five issues as well. Ten years later, in the wake of the financial crisis, three issues (economy, jobs and terrorism) topped the list among both Republicans and Democrats (although they ranked them slightly differently). Five years ago, the economy, the job situation and Social Security all ranked among the top five issues in both parties.

Republican votersu2019 path to backing Donald Trump
State of the Union 2019: How Americans see major national issues
More Americans see climate change as a priority, but Democrats are much more concerned than Republicans
State of the Union 2018: Americans’ views on key issues facing the nation
Americans’ views of key foreign policy goals depend on their attitudes toward international cooperation