Whoever emerges from Venezuela’s political turmoil to rule the country will face a public that doesn’t trust its national government and continues to experience deep economic hardship and deprivation, according to a new Pew Research Center survey conducted from Sept. 12 to Dec. 7, 2018.

Earlier this week Juan Guaidó, leader of the National Assembly, swore himself in as interim president of Venezuela, offering a direct challenge to President Nicolás Maduro, successor to Hugo Chávez and leader of the country since 2013. Guaidó was subsequently recognized as the legitimate leader by the United States and a host of other nations. Maduro had won re-election last May amid charges of election fraud, and his administration has been besieged by a worsening economic crisis and a wave of nationwide protests. 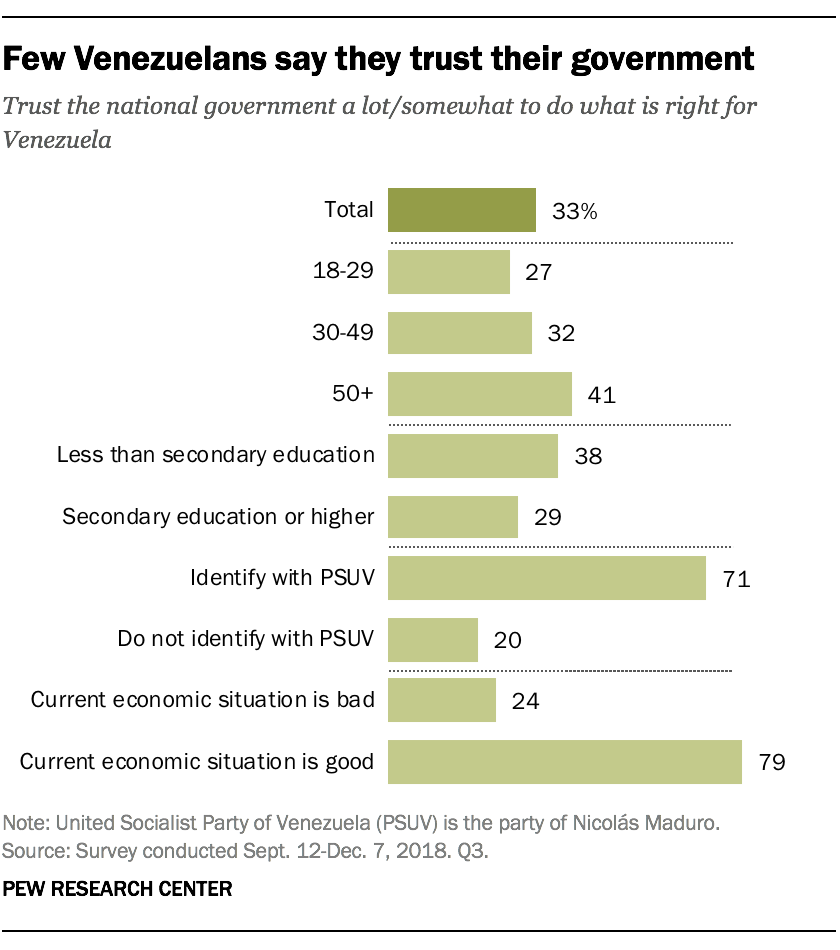 Only a third of Venezuelans trust their national government. Among the roughly two-thirds who distrust it, nearly four-in-ten (39%) say they don’t trust it at all.

Younger Venezuelans and those with higher levels of education are slightly less likely to trust the government. Partisan differences are particularly stark. Those who identified as supporters of Maduro’s United Socialist Party of Venezuela (PSUV) when the poll was conducted are much more likely to trust the government than those who support other parties or have no partisan affiliation; 71% of PSUV backers trust the national government, compared with just 20% of other people. 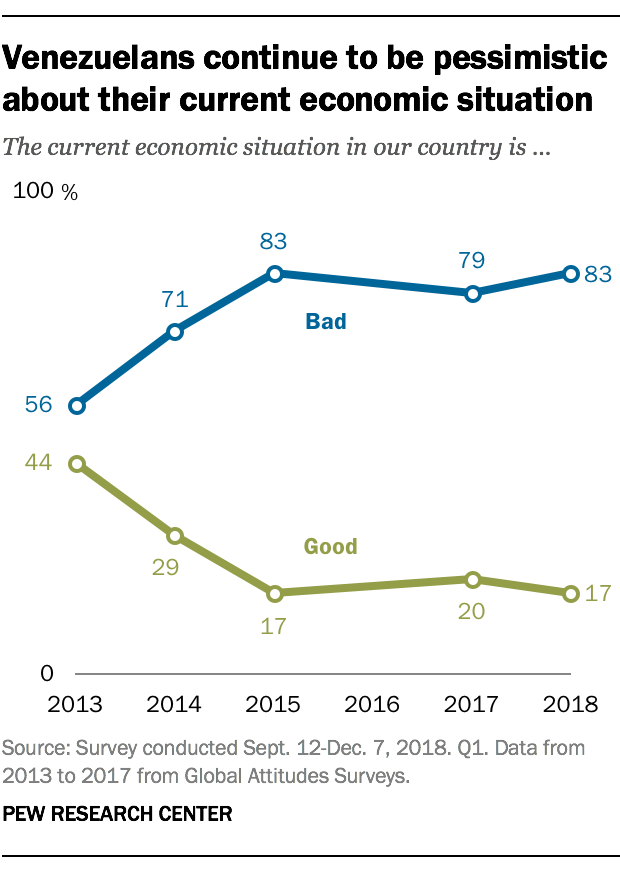 Since Maduro took office in 2013, Venezuelans’ evaluations of their national economy have worsened. Today, 83% say the current economic situation in Venezuela is bad, including 60% who say that it’s very bad. Those ages 18 to 29 (86%) are slightly more likely than people 50 and older to say the economy is in poor shape (75%). Views of the national economy are also heavily colored by partisanship. Whereas about six-in-ten PSUV supporters say the economy is in poor shape (59%), nine-in-ten non-PSUV supporters say the same.

These poor evaluations of the national economy reflect the country’s problems with hyperinflation, large government deficits and a shrinking economy. The International Monetary Fund projects that inflation in the country is likely to reach 10 million percent in 2019. 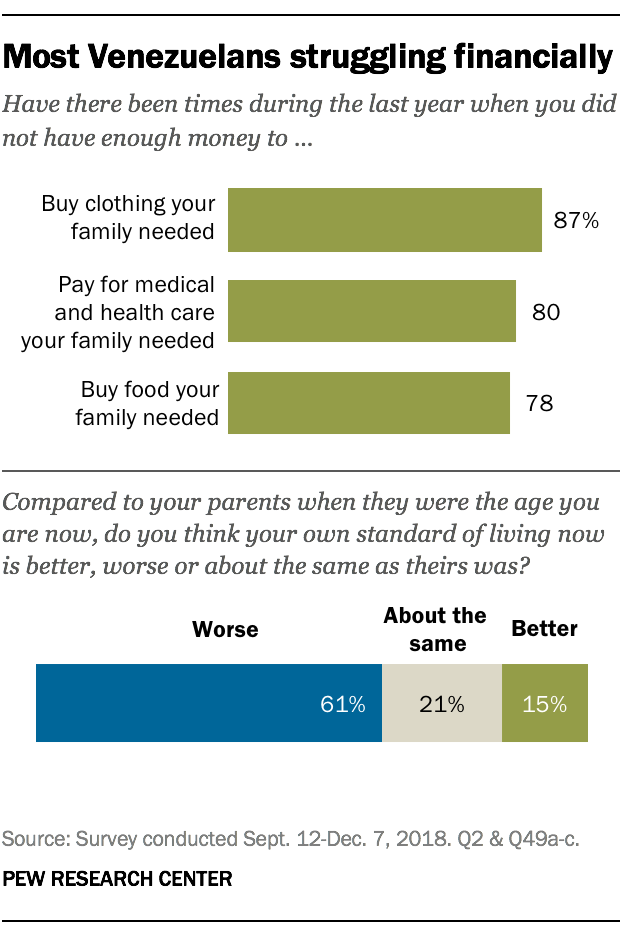 In practical terms, this type of hyperinflation means that the price of goods can shoot up precipitously over the course of only a week. The turbulent economy has left many Venezuelans saying they cannot afford key necessities. In the new Center survey, about three-quarters say there were times over the past year when they did not have enough money to buy food their family needed, 80% said they sometimes could not pay for their family’s medical or health care, and 87% said they could not always afford to buy clothing for their family. These differences cut across cleavages in society: Men and women, older and younger Venezuelans, and those with higher and lower levels of education are similarly likely to say they can’t afford these basics.

A majority of Venezuelans (61%) also agree that their standard of living now is worse than what their parents experienced at a similar point in their own lives, including 41% who say it’s much worse. Again, these evaluations are relatively consistent across age, sex and educational groupings.