While much of the global Catholic population has shifted to Latin America, Africa and Asia, the Catholic Church remains closely tied to Europe. The church is headquartered in Rome’s Vatican City (itself a European state) and a plurality of the institution’s cardinals (42%) still hail from Europe. Furthermore, Catholics are the largest religious group in many of the continent’s most populous countries, including France, Germany, Italy, Poland and Spain, according to an analysis of recent Pew Research Center surveys in 34 European countries.

Here are five facts about Catholics in Europe:

2The European countries with the largest shares of Catholics are mostly located in southern and central Europe. For example, at least three-quarters of adults in Poland (87%), Italy (78%) and Portugal (77%) identify as Catholic, as well as majorities in Spain (60%) and Hungary (56%). But there are exceptions to this pattern: Ireland is 72% Catholic, and 75% of Lithuanians are Catholic. There are also sizable Catholic populations scattered throughout the rest of the continent, including in the United Kingdom and the Netherlands (19% each), as well as Ukraine (10%). (Most Ukrainian Catholics identify with the Ukrainian Greek Catholic Church, an Eastern Rite church that adheres to some traditions of Orthodox Christianity but is in full communion with the Vatican.) 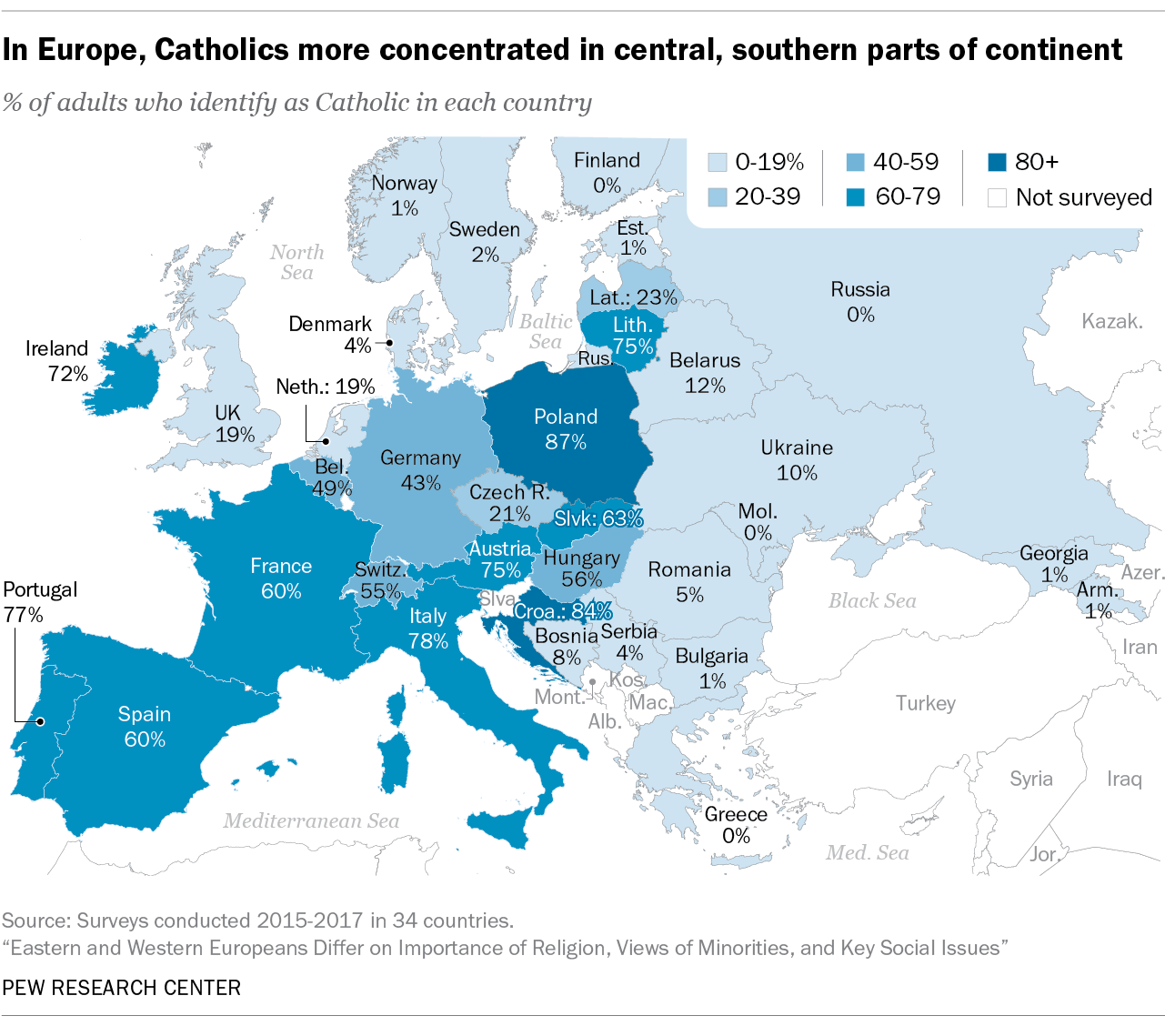 See also: How do European countries differ in religious commitment? Use our interactive map to find out