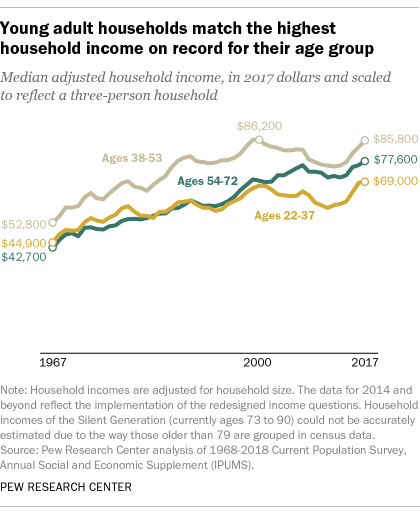 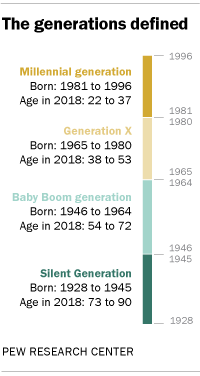 5 facts about Millennial households
6 demographic trends shaping the U.S. and the world in 2019
For Millennials, a bachelor’s degree continues to pay off, but a master’s earns even more
More adults now share their living space, driven in part by parents living with their adult children
More than half of U.S. households have some investment in the stock market