Six-in-ten Americans say it is the federal government’s responsibility to make sure all Americans have health care coverage, including 31% who support a “single payer” approach to health insurance, according to a new national survey by Pew Research Center. 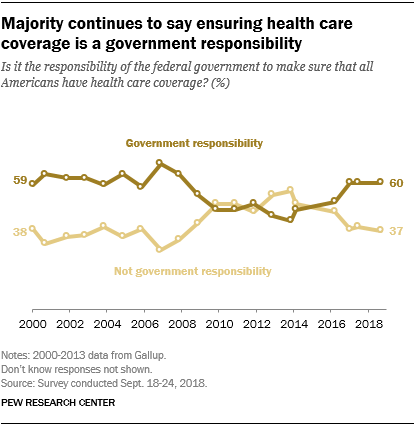 These views are little changed from last year, but the share saying health care coverage is a government responsibility remains significantly higher than it was from 2008 through 2016 (51% said this in 2016, compared with 60% today).

Among those who see a government responsibility to provide health coverage for all, more say it should be provided through a single health insurance system run by the government rather than through a mix of private companies and government programs (31% vs. 25%).

The issue of the government’s responsibility in ensuring health coverage remains politically divisive. More than eight-in-ten Democrats and Democratic-leaning independents (85%) say this responsibility falls to the federal government, while about two-thirds of Republicans and Republican leaners (68%) say it does not. 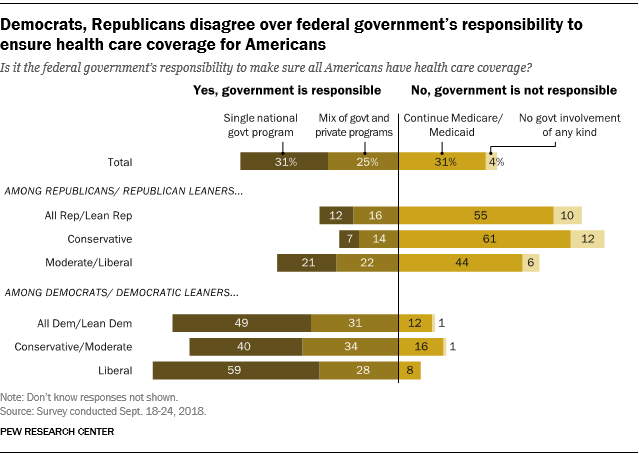 Note: See full topline results (PDF) and methodology here. This is an update of a post originally published June 23, 2017.