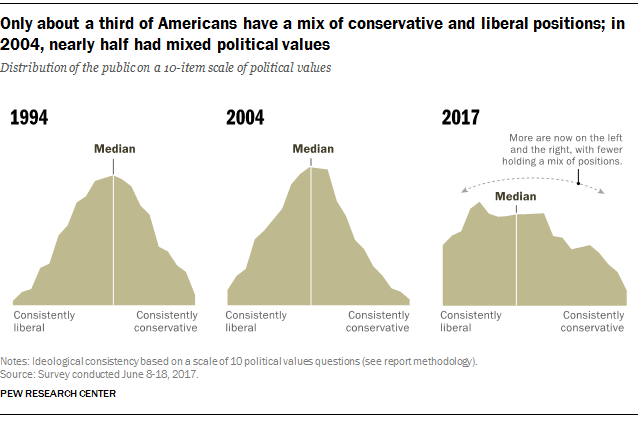 In political values ranging from views of government and the social safety net to opinions about immigrants, race and homosexuality, Americans are less likely than in the past to hold a mix of conservative and liberal views. At the same time, ideological consistency – the shares of Americans holding liberal or conservative views across a wider range of issues – is increasingly associated with partisanship, a recent Pew Research Center study shows. This reflects a continuation of trends documented in the Center’s 2014 study of political polarization in the American public.

Reflecting growing partisan gaps across most of the individual questions in the scale – even those where both parties have shifted in the same direction – Republicans and Democrats are now further apart ideologically than at any point in more than two decades. 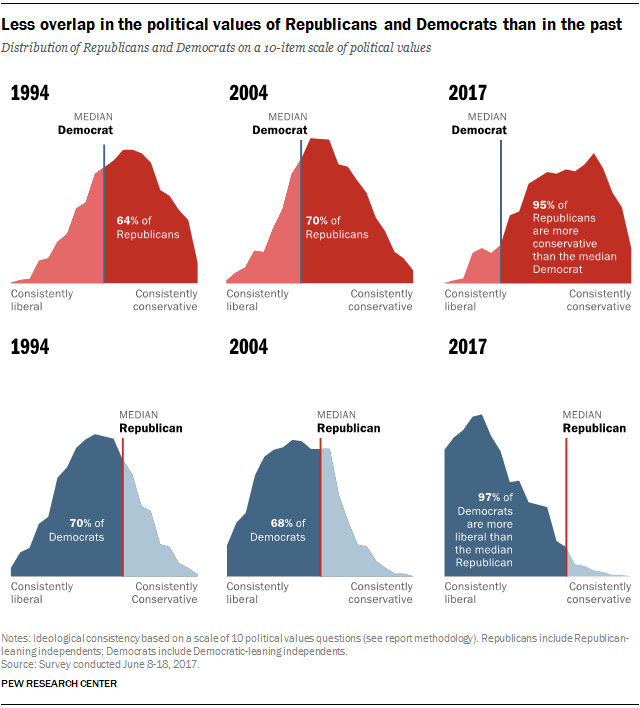 To a large extent, the growing acceptance of homosexuality across partisan lines accounts for the leftward shift. In addition, members of both parties hold more positive views of immigrants than in the past, even as the partisan divide in these views has become more pronounced. (Republicans today are less likely to view immigrants as a burden on the country than they were in 1994, even though GOP views over the past decade are little changed.)

For more information about the scale used in this analysis, including trends on the individual questions asked, see the Center’s recent report about Americans’ political values.