Europe in 2015 saw a rise in social hostilities involving religion, particularly against the continent’s Muslims, according to a new Pew Research Center study on global religious restrictions. Muslims faced social hostilities in seven-in-ten (71%) countries in Europe, an increase from 58% the year before.

Along with sub-Saharan Africa, Europe experienced the sharpest year-over-year increase in social hostilities targeting Muslims, with both regions registering increases of 13 percentage points. But the share of sub-Saharan African countries with hostilities toward Muslims was the second lowest (38%) of five regions evaluated, while Europe had the largest share of any region.

Social hostilities are defined as actions aimed at members of religious groups by private individuals and social groups. These actions can include hostile rhetoric, vandalism and physical assaults. They differ from government restrictions on religion, which also increased in Europe in 2015.

Some social hostilities against Muslims followed the Jan. 7, 2015, shooting at the offices of the French satirical magazine Charlie Hebdo and the Nov. 13 terrorist attacks at the Bataclan concert hall and various other locations throughout Paris. For instance, Muslim places of worship in the cities of Le Mans and Narbonne were attacked by grenades and gunshots the day after the Charlie Hebdo shooting. France’s Interior Ministry reported that anti-Muslim incidents more than tripled in 2015, including cases of hate speech, vandalism and violence against individuals.

In Slovakia, far-right political groups organized protests against the “Islamization of Europe and Slovakia,” drawing an estimated 3,000-5,000 people in the capital, Bratislava, in June. Similar sentiments were echoed in Poland in November, when participants in the Independence Day marches held banners saying “Poland for the Polish” and “Stop Islamization.”

Prominent anti-Jewish hostilities also occurred. In Russia in April, individuals fired at a synagogue that was under construction, breaking the windows and writing anti-Semitic graffiti. And in Italy, 25 members of the neo-Nazi movement Stormfront were ordered to stand trial in July for alleged anti-Semitic hate speech. In a separate incident in Italy in October, anti-Semitic graffiti was placed on a University of Teramo wall during the visit of the Israeli ambassador, who was there to launch a course on the Holocaust.

Meanwhile, in the United Kingdom, the Community Security Trust reported 86 violent anti-Semitic assaults. And in February 2015, a young Jewish man wearing a yarmulke was assaulted by two men in Belgium. The next month, attackers in Ukraine severely beat a Jewish surgeon, allegedly while shouting anti-Semitic rhetoric. 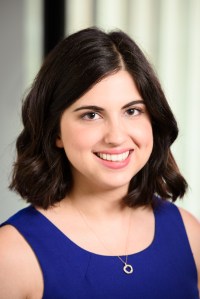