As public debates continue over a range of science-related topics, including climate change and the safety of eating genetically modified (GM) foods, Americans are largely skeptical about the degree to which scientists understand these two issues, whether there is scientific consensus on them, and the influences on scientists’ research.

Recent Pew Research Center studies have examined in depth what the public thinks about scientists and their research related to climate change and GM foods. These surveys found that public views of scientific experts in these two areas spring from different factors: When people think about climate scientists, their views are strongly divided by politics. When they think about scientists dealing with GM foods, their views are more closely tied to their level of science knowledge than to their politics. 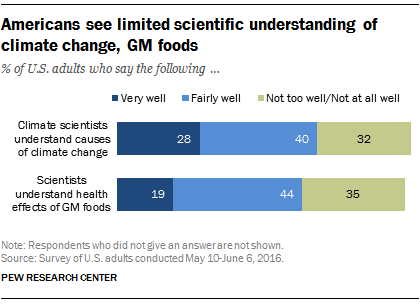 In the public eye, there is considerable disagreement among scientists in both areas. Just 27% of Americans say that almost all climate scientists agree human behavior is mostly responsible for climate change. This perception is at odds with a 2013 report from the Intergovernmental Panel on Climate Change, which assessed more than 9,000 scientific publications and concluded: “The science now shows with 95% certainty that human activity is the dominant cause of observed warming since the mid-20th century.” 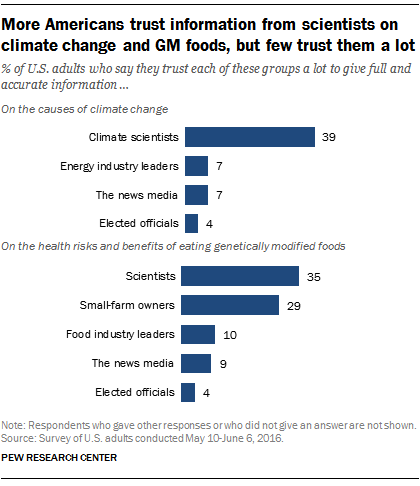 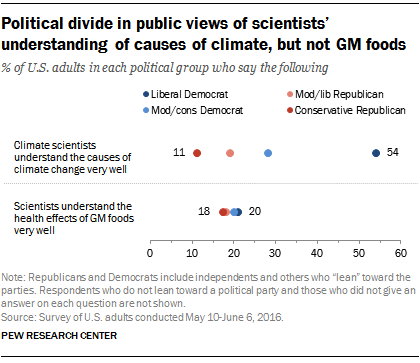 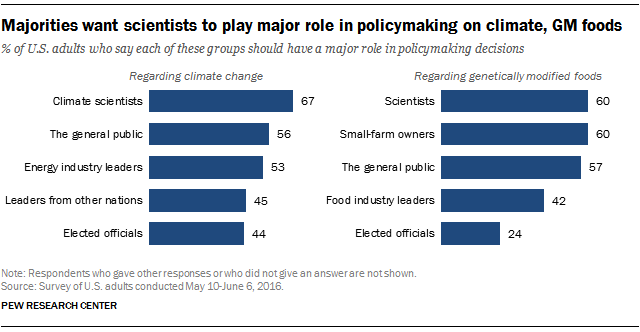