In nearly half of two-parent households in the U.S. today, children are raised by parents who both work full time. Yet most Americans say that children with two parents are better off when one of them stays home to tend to the family, according to a Pew Research Center survey.

The survey, conducted June 7-July 5 among 4,602 adults on Pew Research Center’s nationally representative American Trends Panel, found that 59% of U.S. adults believe that children with two parents are better off when a parent stays home, while about four-in-ten (39%) say children are just as well off when their parents work outside the home.

Men are more likely than women to say that children in two-parent households are better off when a parent stays home (63% vs. 55%). But among those who think a parent should stay home, roughly similar shares of men (46%) and women (43%) say this parent should be the mother.

Views on this question also vary by education. About half of college graduates (52%) say it’s better for children to have a parent staying home, compared with 59% of those with some college experience and 64% of those with a high school education or less.

Most women with children under age 18 work outside the home today: In 2015, about half of mothers worked full time and an additional 16% worked part time, according to data from the Bureau of Labor Statistics. Among all mothers with children under 18, views about what’s best for children diverge sharply by employment status. About half (51%) of employed mothers – and just 45% of those who are employed full time – think children in two-parent households are better off when one parent stays home. In contrast, roughly three-quarters (74%) of mothers with children under 18 who are not employed think that children are better off when a parent stays at home.

Partisan divides are evident in these attitudes as well. Two-thirds of Republicans (67%) believe that children are better off when a parent stays home, compared with 50% of Democrats and 59% of independents. And, among those who say it’s better for children to have a parent at home, Republicans are more likely than Democrats and independents to say that parent should be the mother (58% vs. 43% and 37%, respectively). 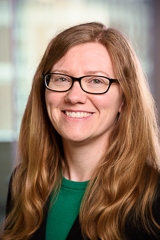