Black and white Americans have profoundly different views on racial equality, and a new survey finds they also differ on the extent to which a person’s race can be a burden or a benefit. For blacks, the answer is clear: 65% say “it is a lot more difficult to be black in this country than it is to be white.” Fewer than half as many whites (27%) agree. 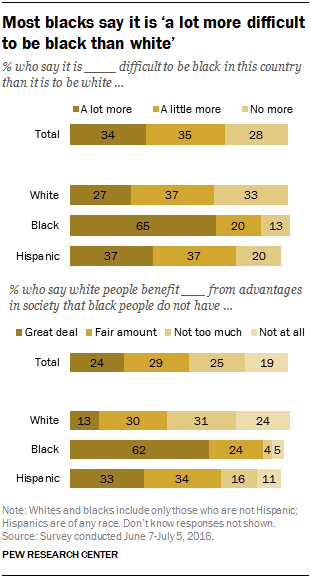 Among Hispanics, 37% say it is lot more difficult to be black than white, which is higher than the share of whites who say this but far lower than the number of blacks who do so. Most Hispanics say white people benefit from advantages in society that blacks do not have; 33% say whites benefit a great deal from these circumstances, compared with 62% of blacks and 13% of whites.

The differences in attitudes on racial advantage are partisan as well as racial and ethnic. In the new survey, registered voters who support Hillary Clinton and Donald Trump diverge substantially in their views of the difficulties blacks face and the advantages that whites possess.

Most Clinton supporters (78%) think that white people benefit either a great deal (40%) or a fair amount (38%) from advantages that blacks do not have. Just 4% of Trump supporters believe whites derive a great deal of benefit from their race and another 20% say a fair amount. 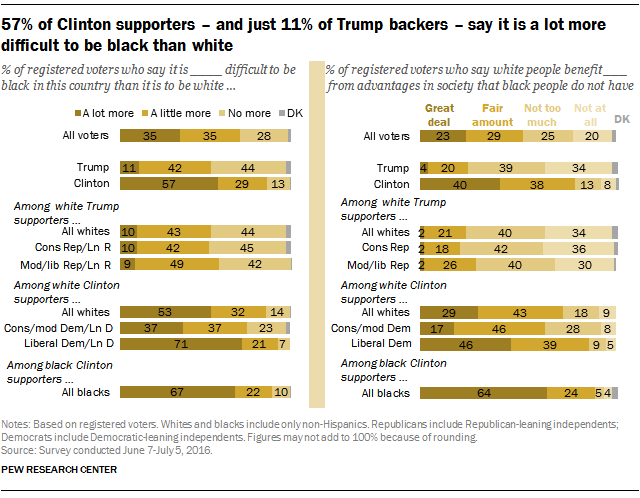 Perceptions of racial fairness in specific aspects of life 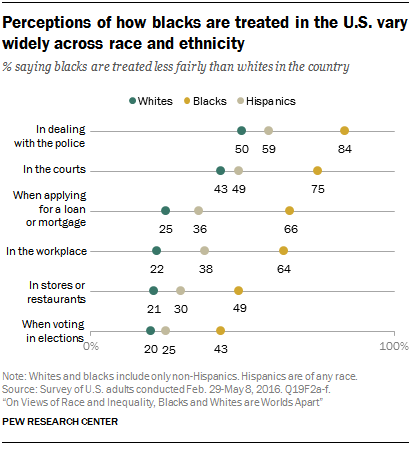