In a speech at the annual National Prayer Breakfast on Thursday, President Obama talked about what he sees as the importance of religious freedom. He observed that it’s “clear that around the world freedom of religion is under threat. … We see governments engaging in discrimination and violence against the faithful.” He said the U.S. “will keep standing for religious freedom around the world.”

A recent Pew Research study quantified the levels of government restrictions on religion – as well as social hostilities involving religion – in 198 countries and territories around the world. As of 2012, 29% of the nations studied had high or very high levels of government restrictions on religion (according to our measure), with 64% of the global population living in those countries. 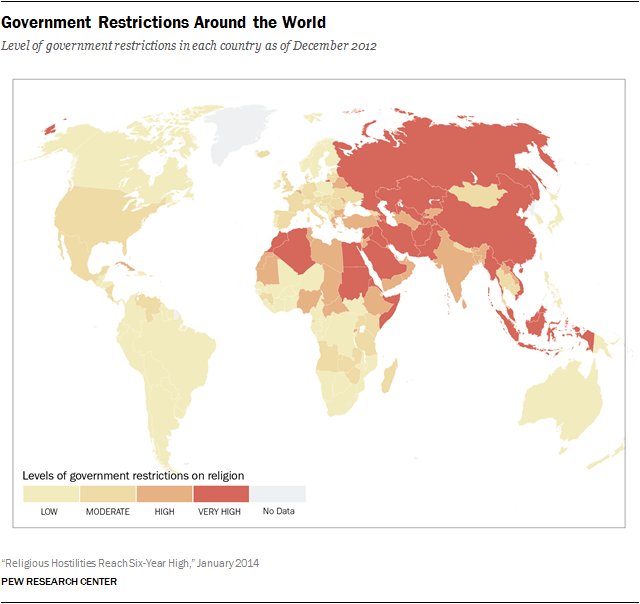 Obama mentioned several countries specifically, including China. He said when he meets with Chinese leaders, he stresses “that realizing China’s potential rests on upholding universal rights, including for Christians, and Tibetan Buddhists, and Uighur Muslims.”

China has had very high government restrictions on religion in each of the six years of the study (since 2007), and was among the most restrictive in the world in 2012. In terms of social hostilities involving religion, China moved into the “high” category for the first time in the study in 2012.