At the same time, those ages 65 and older, Hispanics, those living in households earning less than $30,000, those without high school diplomas, and those living in rural areas are not as likely as others in the adult population to use the internet. 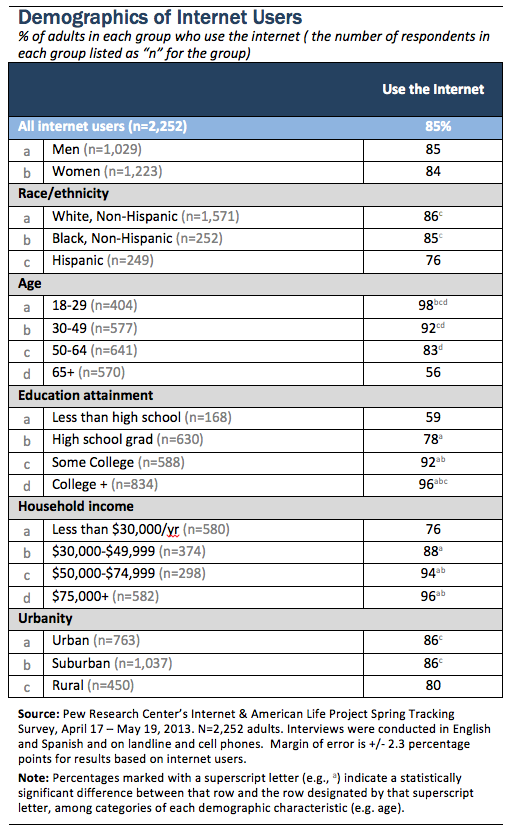 Some of the other findings in the spring survey about internet use: