This week in Washington, the American-Israel Public Affairs Committee, a pro-Israel group, has been holding its annual conference.

About four-in-ten Americans (41%) said U.S. support for Israel has been about right, according to a survey conducted Oct. 2012. A quarter (25%) said U.S. policy was not supportive enough while 22% said it was too supportive.

A majority of Democrats (55%) consider the level of U.S. support for Israel about right compared to 34% of Republicans. 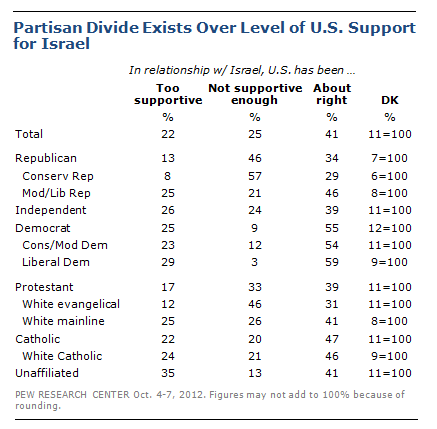