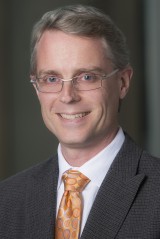 Dimock has worked at the Pew Research Center for 14 years and currently serves as executive vice president. As president, he will oversee the center’s overall operations and research agenda, including research on politics, religion, demographics, media, technology and international issues.

The Pew Research Center is a Washington-based subsidiary of The Pew Charitable Trusts that conducts public opinion polling, demographic research and other empirical social science research to inform the public, the press and policymakers. As a neutral source of data and analysis, the center does not take positions on policy issues.

“I am extremely pleased that Michael Dimock has agreed to serve as the Pew Research Center’s president at a key moment in the organization’s history,” said Rebecca Rimel, president and CEO of The Pew Charitable Trusts. “Michael is a seasoned researcher and a careful, clear interpreter of the facts. His expertise, creativity and leadership have increased the center’s impact as a provider of impartial findings on the critical issues facing America and the world.”

“Throughout his career at the Pew Research Center, Michael has displayed pitch-perfect judgment and deep dedication to the center and its vital mission to provide decision-makers and the public with high-quality, objective research,” said Don Kimelman, chairman of the Pew Research Center board. “His integrity, intellectual curiosity and steady leadership have earned him the trust of the staff, the board and the center’s many audiences.”

“I’ve been privileged to be a part of the Pew Research Center’s numerous successes for many years, and I’m honored to now lead my extraordinary colleagues as we provide authoritative research that can be relied upon by all sides of the political spectrum,” Dimock said. “For a social scientist like me, there can be no higher calling than expanding the foundation of trusted facts that our society needs to solve its problems.”

Dimock was first hired by founding director Andrew Kohut in 2000, became associate director for research in 2004 and then succeeded Kohut as director of the center’s political polling unit in 2012. He has been the co-author of several of the center’s landmark research reports, including its studies of long-term trends in American political and social values and its polling reports from the last several presidential cycles. In 2014, as vice president, he oversaw the execution and analysis of the largest U.S. political survey that the Pew Research Center has conducted, an in-depth examination of the nature and scope of political polarization within the American public. He is a regular election night analyst on NPR.

About the Pew Research Center: The Pew Research Center is a nonpartisan fact tank that provides information on the issues, attitudes and trends shaping America and the world. It does not take positions on policy issues. The center is a subsidiary of The Pew Charitable Trusts, its primary funder. www.pewresearch.org