Even as the wealth gaps between whites, blacks and Hispanics were rising to record levels during the Great Recession, America’s largest minority groups were moving ahead of whites in their ratings of the national economy, according to Pew Research surveys.

In this commentary in the Washington Post, Pew Research Center Executive Vice President Paul Taylor explores the discrepancies between what happened to the wealth of different groups during the Great Recession and how these groups changed their assessments of the national economy during the same time period. 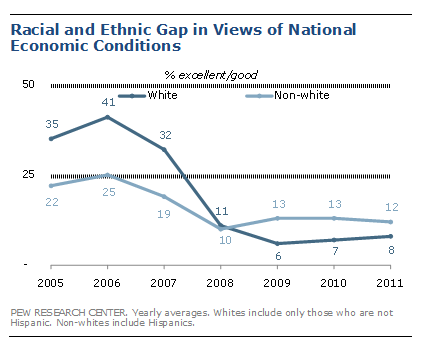