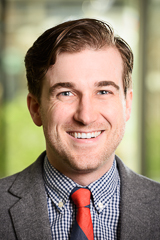 Jonathan Evans is a research associate at Pew Research Center, where he contributes to international polling projects focused on religion and national identity. Jonathan received his master’s degree from Georgetown University and holds a bachelor’s degree from Brigham Young University. He is a contributing author to Pew Research Center reports including “Being Christian in Western Europe” and “Religious Belief and National Belonging in Central and Eastern Europe”.

Publications
Many Catholics in Latin America – including a majority in Brazil – support allowing priests to marry
In Brazil – home to the world’s largest Catholic population – a majority of Catholics are in favor of allowing priests to marry.
British attitudes on national identity and religious minorities not unique in EU
On issues including national identity and religious minorities, views among UK adults align very closely to general opinion across the EU.
Once a majority, Protestants now account for fewer than a third of Germans
Germany has seen a dramatic shift away from Protestantism – one that has greatly outpaced a decline in the share of Germans who are Catholic.
How do European countries differ in religious commitment? Use our interactive map to find out
Within Europe, there are sometimes sizable differences in levels of religious commitment. A new interactive lets you explore these differences.
Pope Francis to visit the three Baltic countries – only one of which is majority Catholic
Pope Francis begins a four-day trip this weekend to the Baltic states, the first papal visit to these countries in 25 years. While the Baltic countries have a substantial Christian population, only Lithuania and Latvia have large numbers of Catholics.
U.S. adults are more religious than Western Europeans
American adults – both Christian and unaffiliated – are considerably more religious than their European counterparts by a variety of measures. For instance, about two-thirds of U.S. Christians pray daily, compared with a median of just 18% of Christians across 15 European countries.
In Western Europe, familiarity with Muslims is linked to positive views of Muslims and Islam
Across Western Europe, people who say they personally know a Muslim are generally more likely than others to have positive opinions of Muslims and their religion. However, knowing something about Islam – as opposed to personally knowing a Muslim – is less associated with positive feelings of Muslims and Islam.
Unlike their Central and Eastern European neighbors, most Czechs don’t believe in God
The vast majority of adults in Central and Eastern Europe identify with a religious group and believe in God. But one country is an exception to this pattern: the Czech Republic.
Most in former Yugoslavia favor multicultural society, although some tensions remain
Most people in Bosnia, Croatia and Serbia seem willing to share their societies with ethnic and religious groups different from their own.