The following tables detail the results of a series of statistical models predicting people’s beliefs about the measles, mumps and rubella vaccine, their views about a school-based requirement for the MMR vaccine and their views of medical scientists associated with childhood vaccines from a set of explanatory variables.

The regression analyses using a binary logistic model are based on the full sample of U.S. adults in the survey. The analyses are based on the weighted sample, thus adjusting for differences in the probability of selection and nonresponse differences across groups. Results are based on 0.05 level of statistical significance. The dependent variable omits respondents who gave no response to that question.

Five separate statistical models are shown that predict people’s beliefs about the MMR vaccine and their views on a school-based requirement. The tables show the degree to which the predictors of beliefs are consistent across models using different sets of independent variables. Where independent predictors have a strong conceptual overlap, such as the use of alternative medicine with the use of over-the-counter medicines, only one such predictor is included in each statistical model. 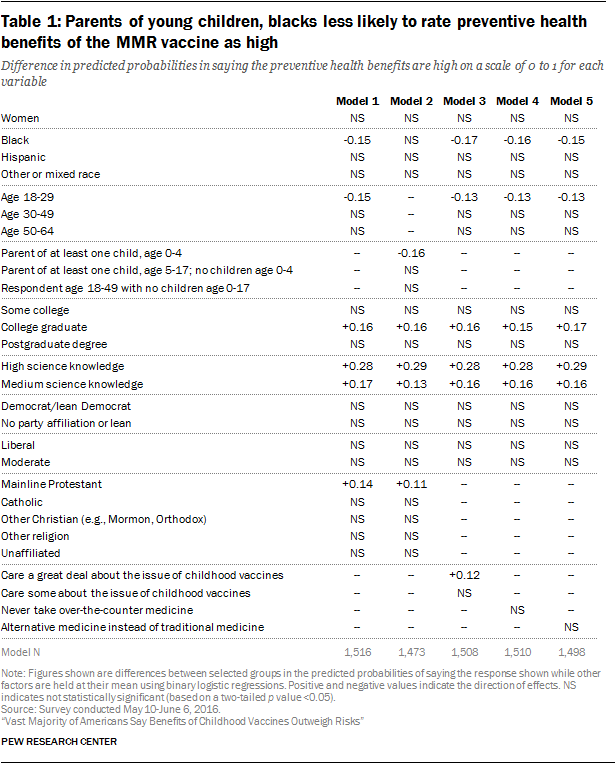 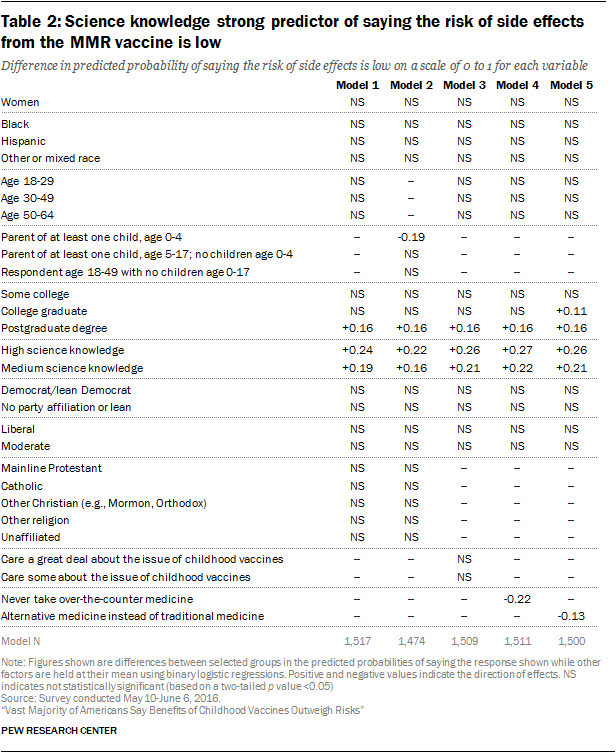 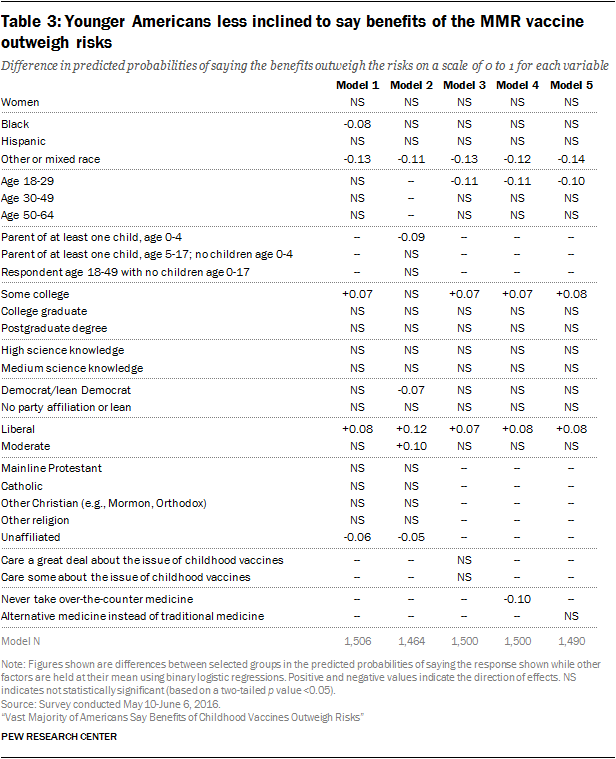 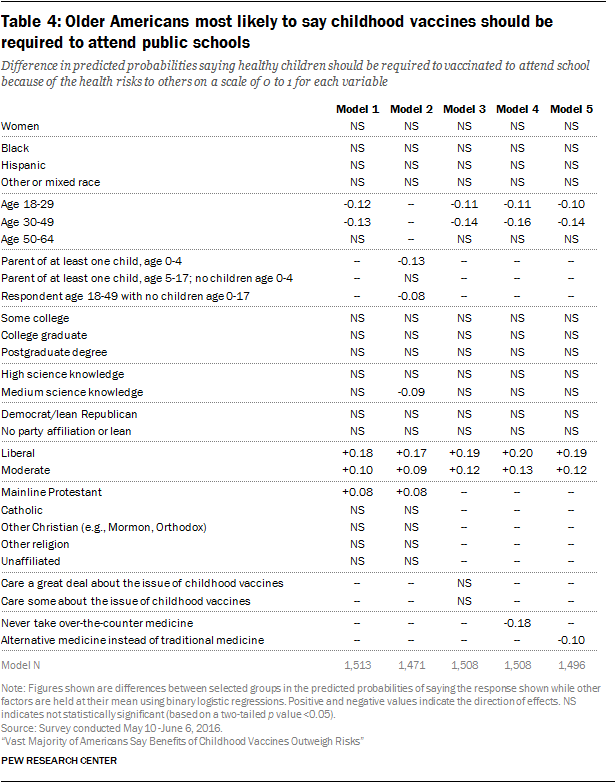 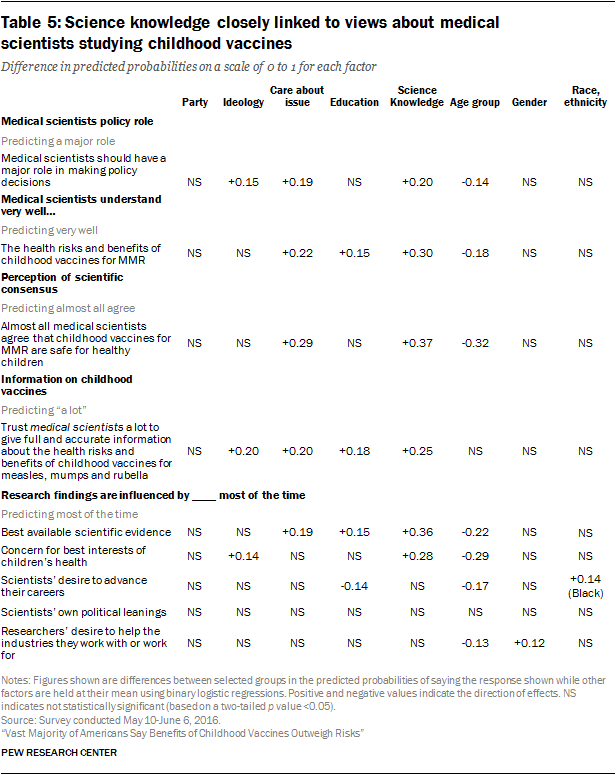 Vast Majority of Americans Say Benefits of Childhood Vaccines Outweigh Risks 1. Americans’ views about public health and health studies in the news 2. Americans’ health care behaviors and use of conventional and alternative medicine 3. Public opinion about childhood vaccines for measles, mumps and rubella 4. Public trust in medical scientists and their research on childhood vaccines 5. Public views of media coverage on childhood vaccines About this report Acknowledgments Methodology
Appendix A: Regression Analyses