This profile provides key demographic information on Latino eligible voters1 and other major groups of eligible voters in North Carolina.2 All demographic data are based on Pew Research Center tabulations of the U.S. Census Bureau’s 2014 American Community Survey.3 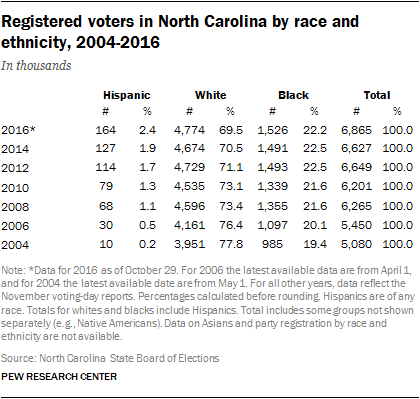 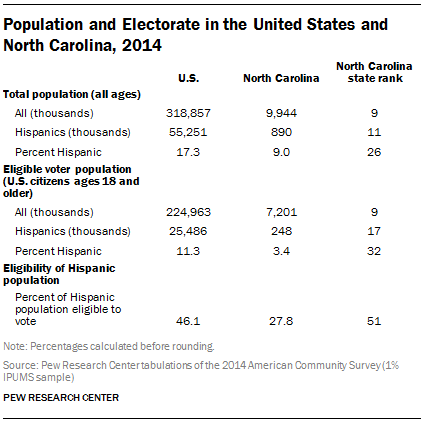 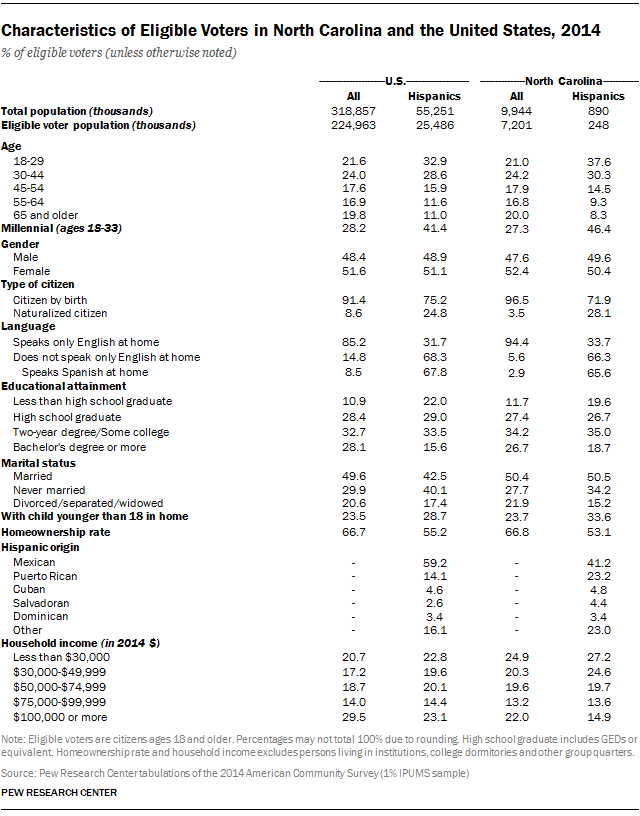 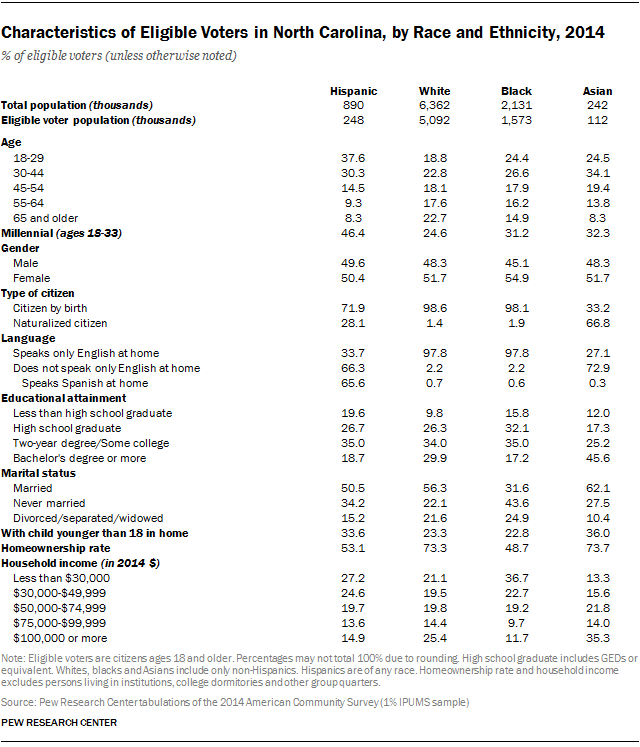