This profile provides key demographic information on Latino eligible voters1 and other major groups of eligible voters in Alabama.2 All demographic data are based on Pew Hispanic Center tabulations of the U.S. Census Bureau’s 2010 American Community Survey.3 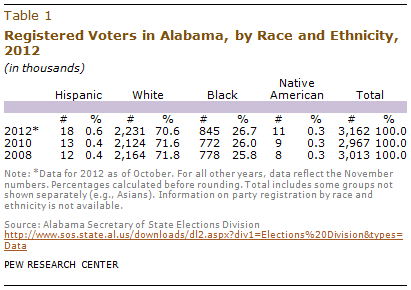 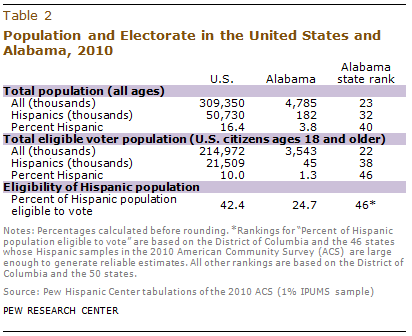 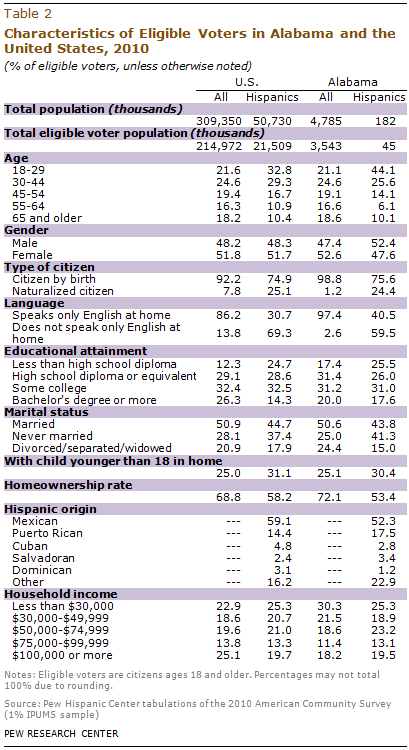 Characteristics of Eligible Voters in Alabama, by Race and Ethnicity 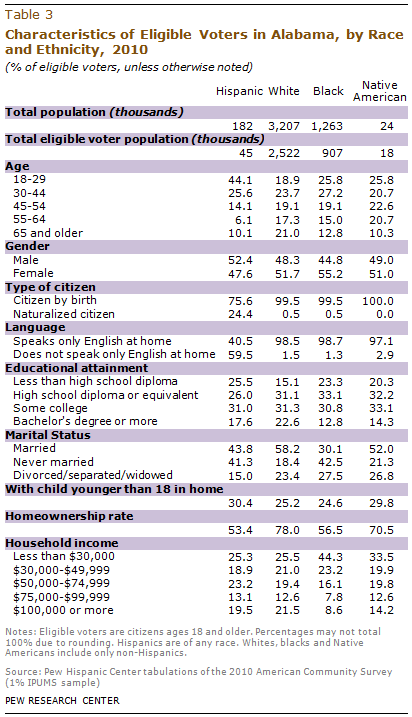 Hispanic/Latino Vote2012 Election
About One-in-Four U.S. Hispanics Have Heard of Latinx, but Just 3% Use It
Defining generations: Where Millennials end and Generation Z begins
Black voter turnout fell in 2016, even as a record number of Americans cast ballots
An examination of the 2016 electorate, based on validated voters
Public’s Mood Turns Grim; Trump Trails Biden on Most Personal Traits, Major Issues