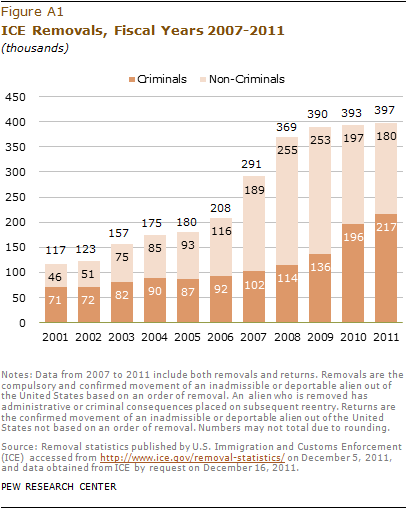 By contrast, the Office of Immigration Statistics (OIS) of the DHS reports removal totals that include all removals performed by ICE in addition to those reported by the CBP. When compiling departmental statistics, OIS does not count returns reported by ICE as deportations.