The record college enrollment level of young Hispanics is in large measure due to the educational strides they have made, not just growth in the underlying population. In October 2010, a record 32% of Hispanic 18- to 24-year-olds were enrolled in college (up from the previous high of 27.5% in 2009). In October 2010, there were about 5.7 million Hispanic 18- to 24-year-olds, and some 1.8 million of them were pursuing college. However, if young Hispanics enrolled in college at the rate they did 25 years ago (17% in 1985), fewer than 1.0 million of them would be pursuing college degrees today. 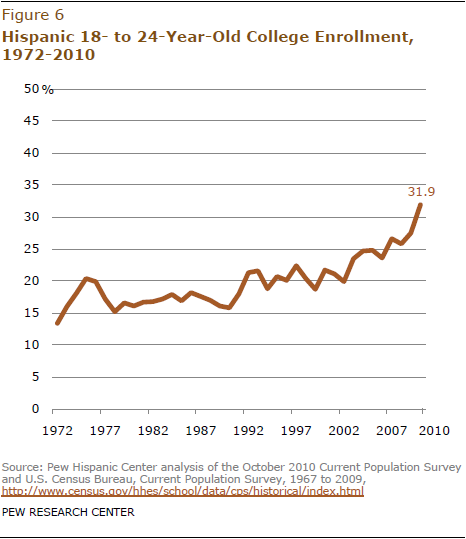 One reason the Hispanic college enrollment rate is at a record level is that more Hispanic youth are college-eligible than ever before. Virtually all college students have finished high school. In effect, to attend college a youth must finish high school (by graduating with a diploma or obtaining a GED or other equivalency). In October 2010, the Hispanic high school completion rate reached its highest level on record at nearly 73%, an increase of almost 3 percentage points from the 70% in October 2009.5 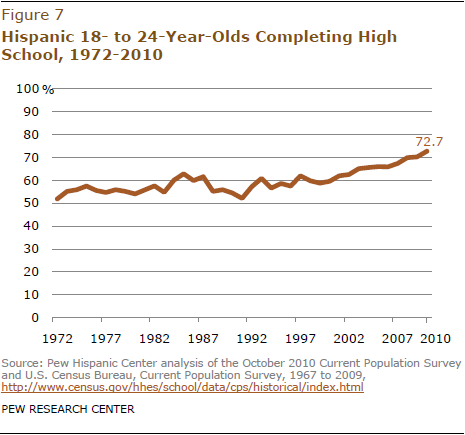 Hispanic Enrollment Among the College-Eligible 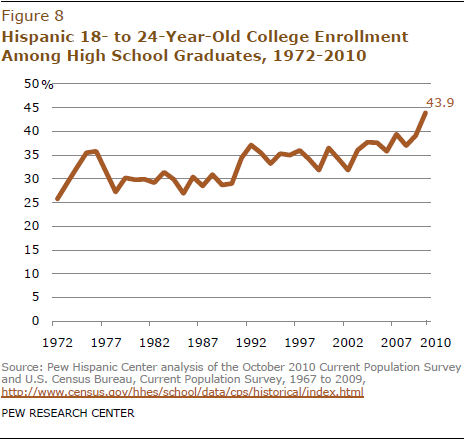 Growth in the Number of Young Hispanics 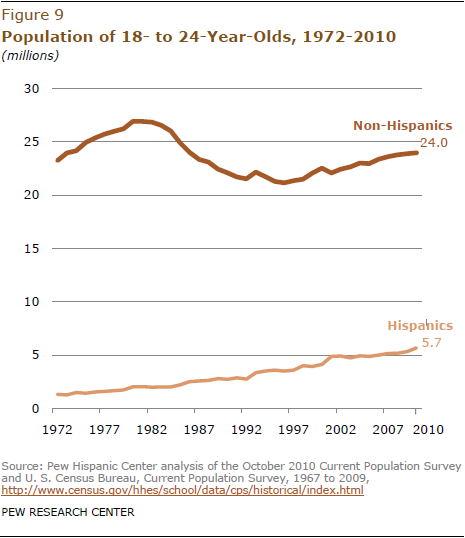