More than four out of five dropouts are recently arrived, and an important explanation can be found in the schooling they received abroad. In the voluminous literature on high school dropout behavior it is well established that a strong predictor of being out of school is earlier schooling difficulties. Youths who have previously dropped out of school or been retained in grade are much more likely to drop out than other youths (Hauser, 1999; NCES, 1997). Similarly, youths who are performing poorly academically are at greater risk of dropping out (Driscoll, 1999; Rumberger, 1995). This basic research finding has not been applied to foreign-born youth. 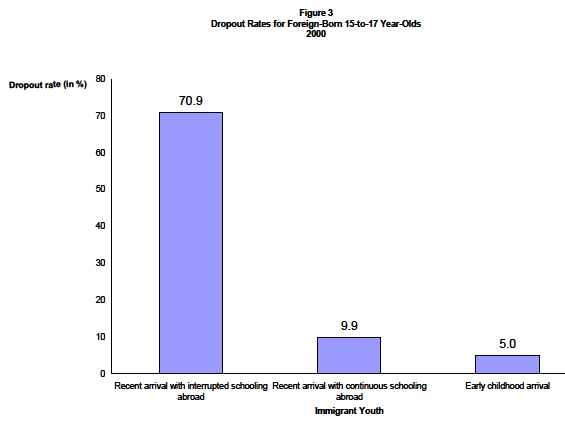 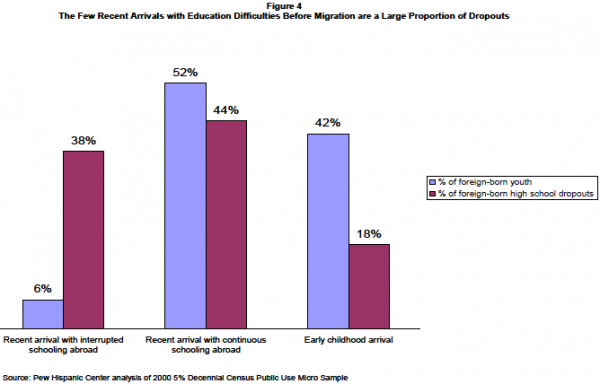 The relevance of the youth’s schooling progress before migration to the youth’s present school status is quite universal. Regardless of country of origin, schooling difficulties before migration presage elevated dropout rates in the United States (Table 3). Among the large Mexican-born population, 21 percent of recent arrivals who do not appear to have had schooling difficulties before migration are dropouts. However, of recently arrived Mexican-born teens who did not keep up in school before coming to the United States, 83 percent are not enrolled in school. About 11 percent of recently arrived Puerto Rican-born youths who stayed on track in Puerto Rico are currently not enrolled in school. Among their counterparts who fell behind in Puerto Rico, 54 percent are out of school. Among recent arrivals from China who made normal progress in Chinese schools before migrating to the United States, about 4 percent are out of school, but among those who lagged in school before coming to the United States, almost 32 percent are school dropouts. Previous education difficulties are highly predictive of current schooling status. 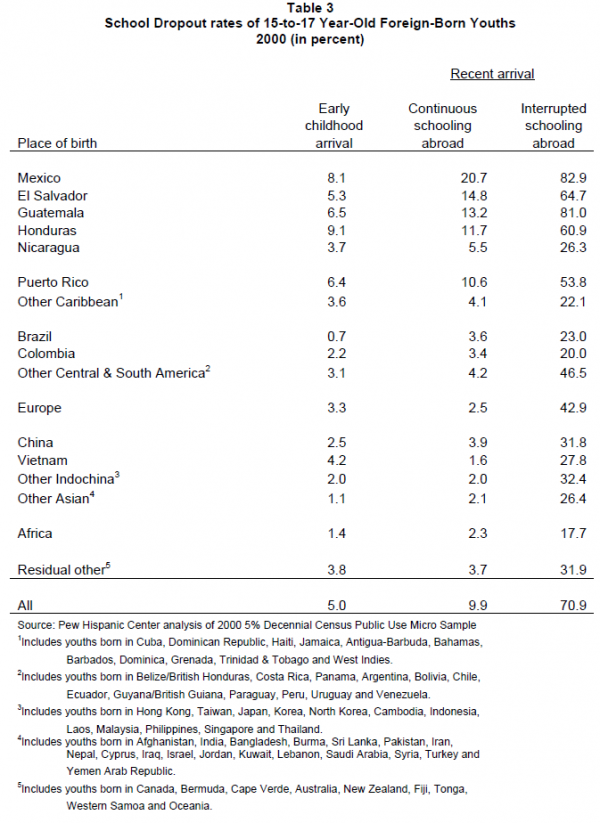 Next: VI. The Characteristics of Foreign-Born Teen Populations
← Prev Page
Page1Page2Page3Page4You are reading page5Page6Page7Page8
Next Page →