Older Hispanics are less likely than older whites and blacks to receive Social Security (Figure 2). About 75 percent of older Hispanics receive Social Security, compared with 91 percent of whites and 85 percent of blacks. This lower recipient percentage among older Hispanics is explained by several factors. First, a small fraction of older foreign-born Hispanics do not have legal immigration status and thus are not eligible to receive benefits; a somewhat larger share spent some part of their lives in the United States as unauthorized workers and were not able to have a Social Security number in their own name. Second, in order to qualify for Social Security benefits an individual must be at least age 62 and have earned a threshold amount of income during employment covered by Social Security for the equivalent of at least 10 years. Because of immigration and work histories, a greater share of Latinos than whites fail to meet one or both of these qualifications. 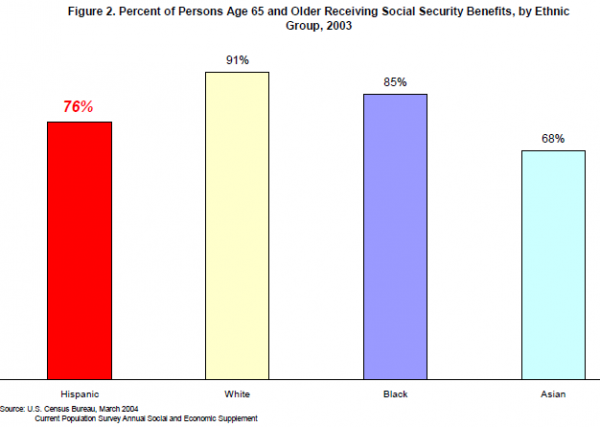 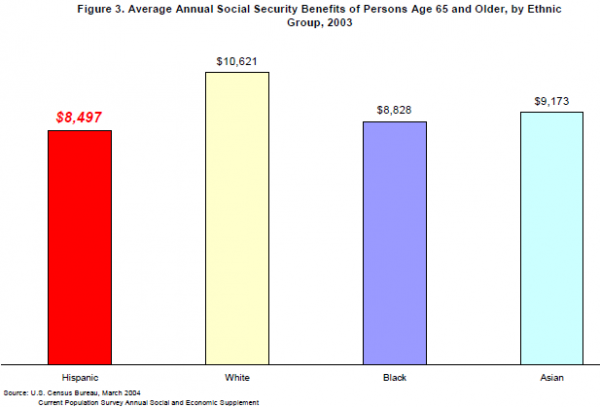 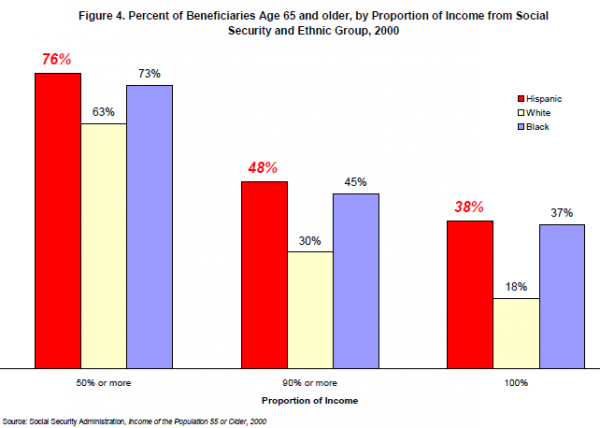 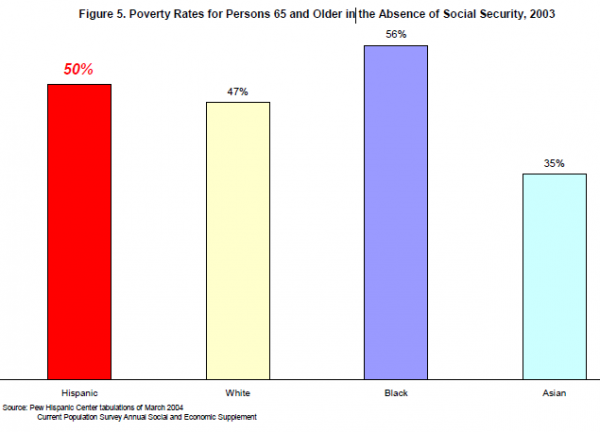 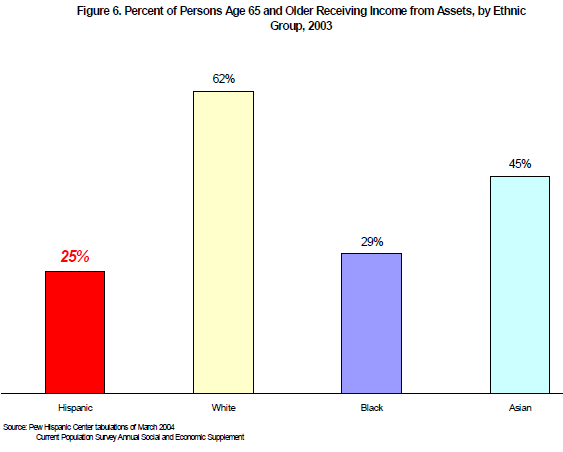 In sum, Latinos age 65 or older are in worse economic condition than other racial and ethnic groups. They lack income from private pension plans or personal wealth, and more of them live in poverty. As a result, elderly Hispanics are much more dependent on the Social Security system than other groups of retirees.

The New Latino South: The Context and Consequences of Rapid Population Growth
U.S. Population Projections: 2005-2050
The Wealth of Hispanic Households: 1996 to 2002
A Demographic Portrait of Mexican-Origin Hispanics in the United States