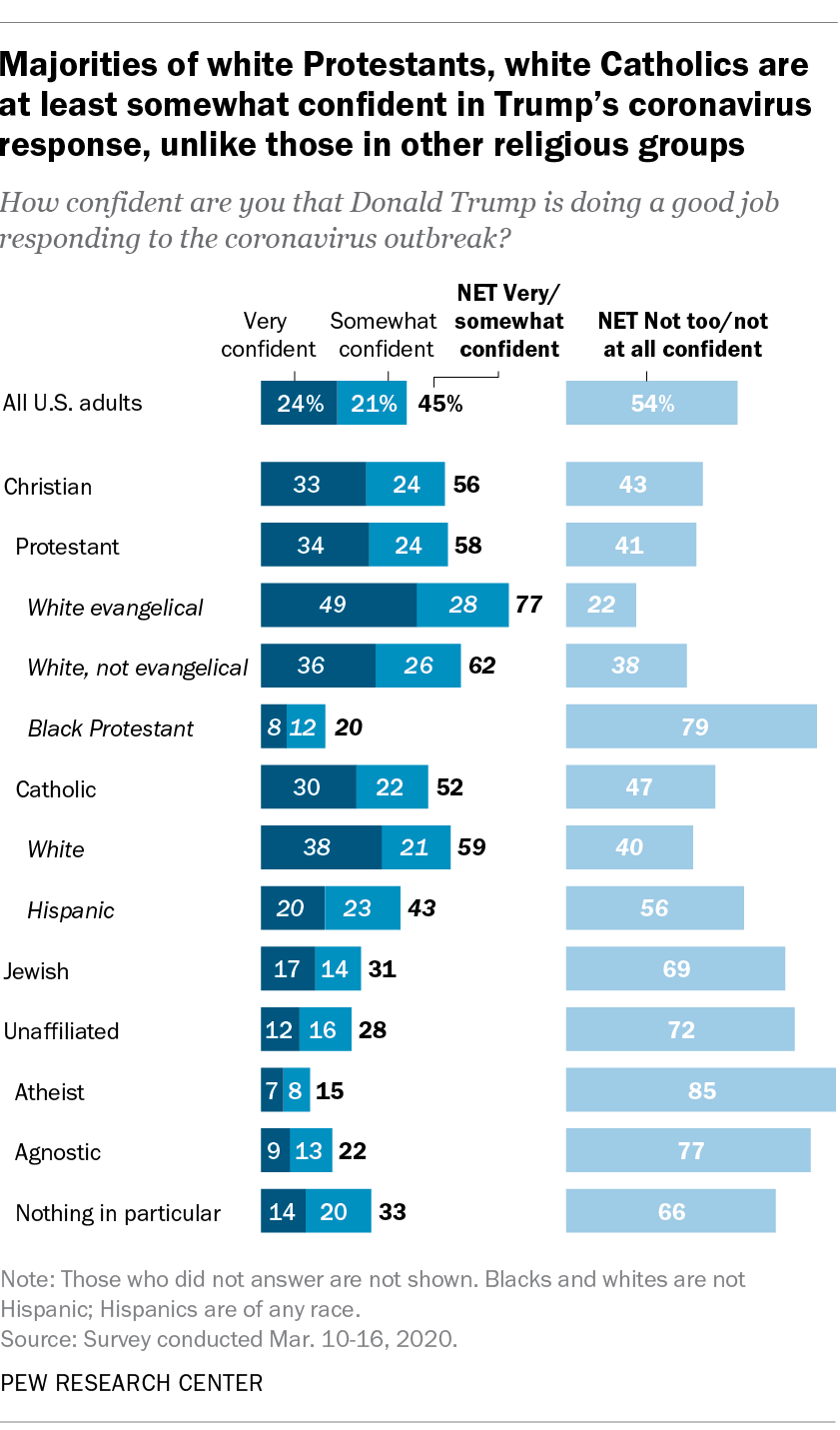 To learn how people in different religious groups see various aspects of the COVID-19 story, Pew Research Center surveyed 8,914 U.S. adults in March 2020. Everyone who took part is a member of Pew Research Center’s American Trends Panel (ATP), an online survey panel that is recruited through national, random sampling of residential addresses. This way nearly all U.S. adults have a chance of selection. The survey is weighted to be representative of the U.S. adult population by gender, race, ethnicity, partisan affiliation, education and other categories. Read more about the ATP’s methodology.

Other white Christians also are fairly confident about the president’s handling of the outbreak – though they are not as united in their support as white evangelicals are. About six-in-ten white Catholics (59%) and white Protestants who are not evangelical (62%) are at least somewhat confident that Trump is doing a good job, although only about half in each group say Trump has assessed the risks of the outbreak correctly. Roughly four-in-ten in these groups say he hasn’t taken the risks seriously enough. 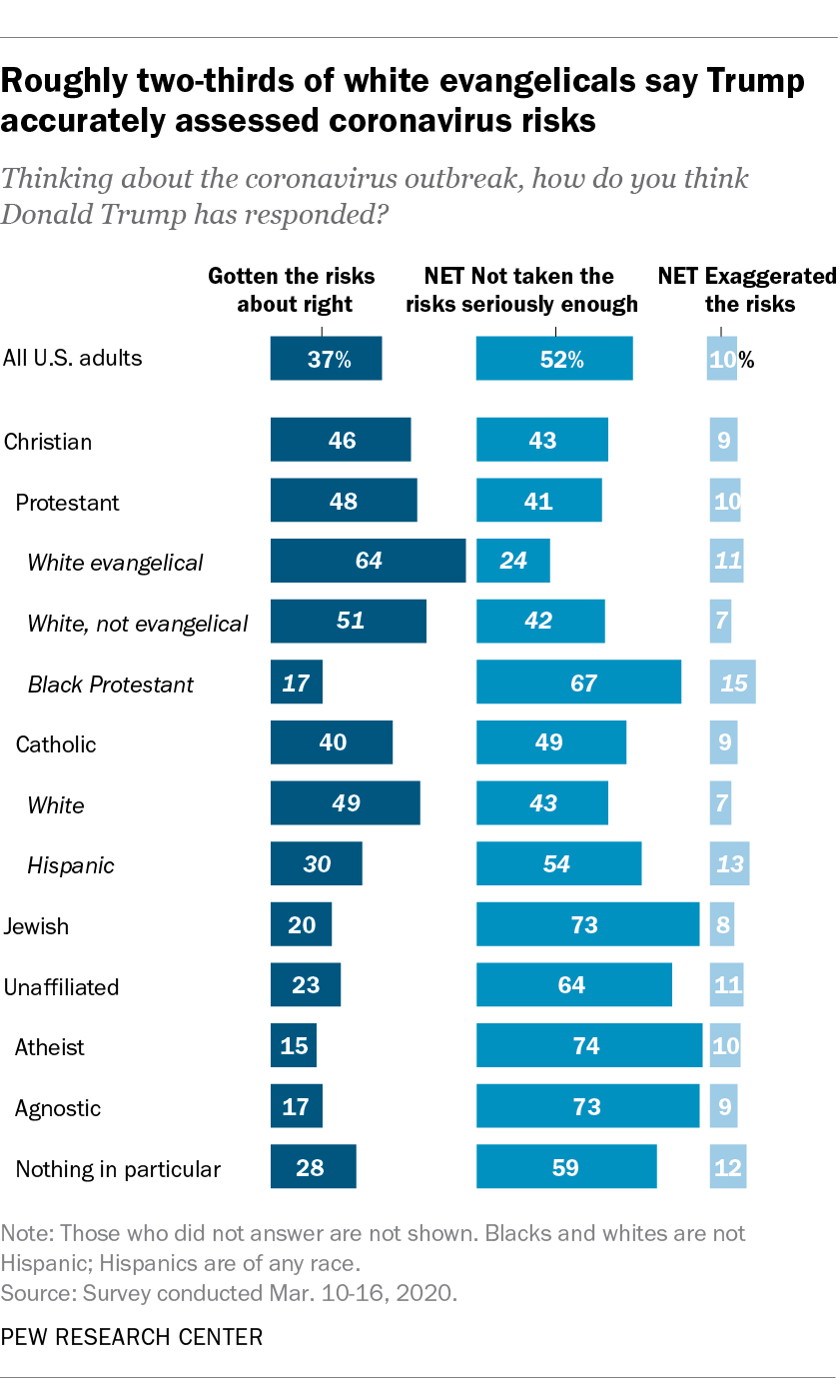 On these and other questions posed in the survey, the divisions by religion echo differences by party affiliation: Nearly eight-in-ten Democrats and those who lean toward the Democratic Party (79%) think the president has not taken coronavirus risks seriously enough, including 50% who say he hasn’t taken the risks seriously at all. Among Republicans and Republican leaners, 68% think he’s assessed the risks correctly, compared with far fewer (22%) who say he hasn’t taken them seriously enough. Past surveys have shown that religiously unaffiliated people, black Protestants and Jews are more likely to identify as Democrats than Republicans, while the reverse is true for white evangelical Protestants. 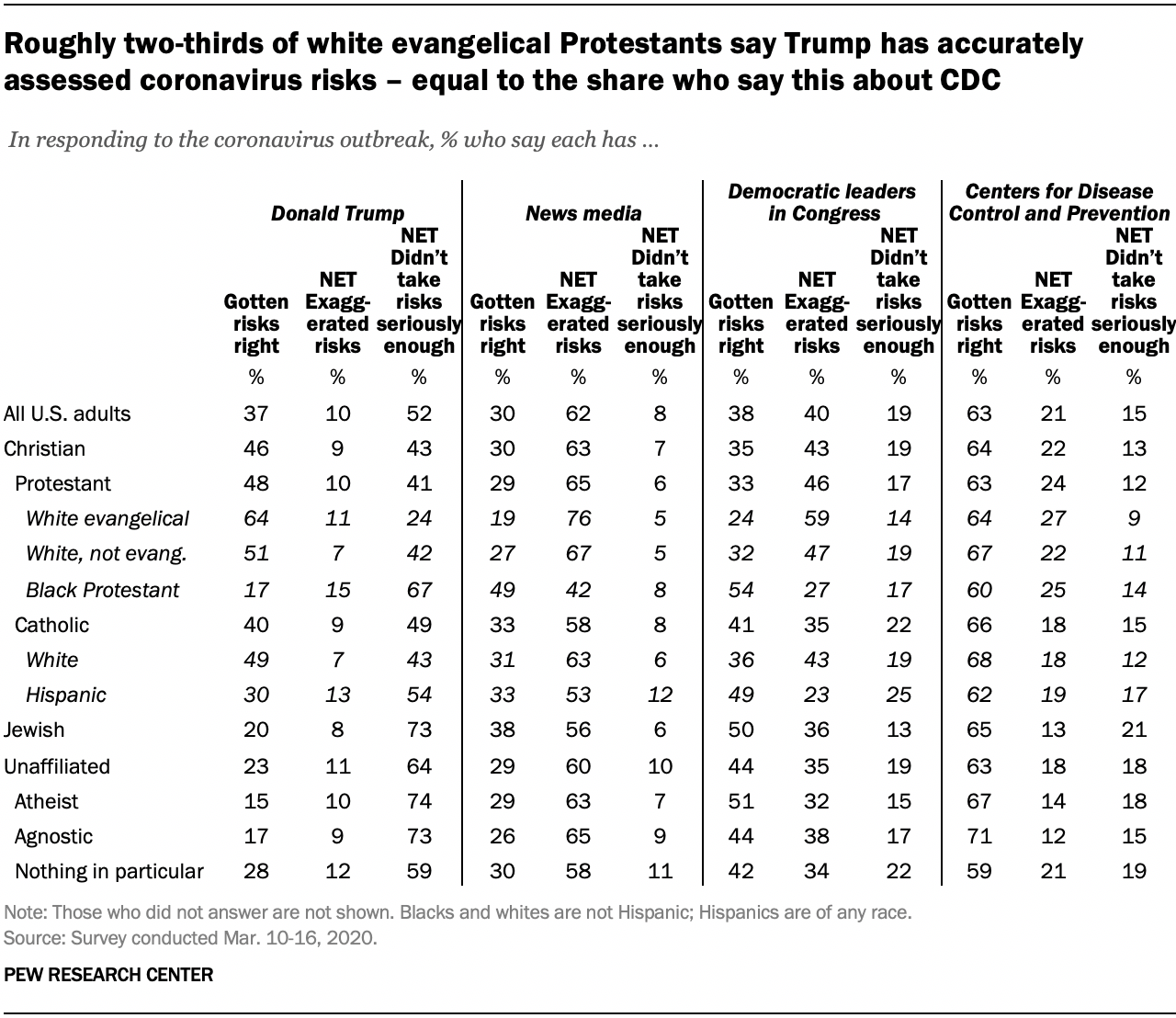 There’s somewhat more consensus across religious groups that journalists haven’t assessed the risks of the coronavirus outbreak correctly. A majority of U.S. adults overall say the news media exaggerated the risks posed by COVID-19, including 67% of white Protestants who are not evangelical, 63% of white Catholics and 60% of the religiously unaffiliated. White evangelical Protestants (76%) are the most likely to think the media has made a bigger deal of the coronavirus crisis than is warranted. (To explore how the news habits and attitudes of Americans – including those from a variety of religious groups – relate to what they hear, perceive and know about the 2020 U.S. presidential election, visit the interactive tool provided by the Center’s Election News Pathways project.)

While white evangelicals are confident in the president’s ability to handle the crisis and skeptical that the risks it poses are as bad as the media suggests, they share the view of those in other religious groups that the situation poses a major threat to the U.S. economy. About two-thirds of white evangelicals (64%) say this. 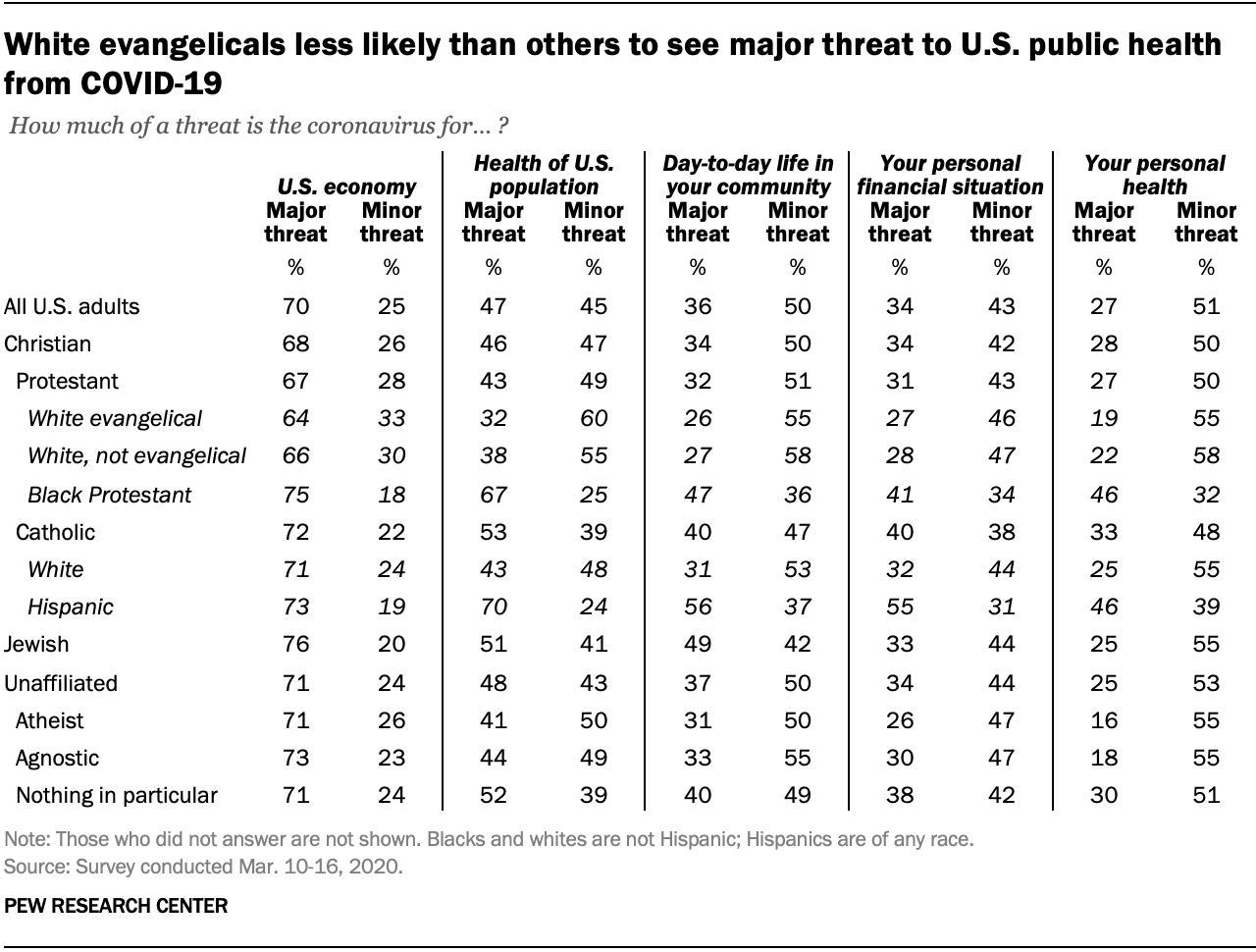